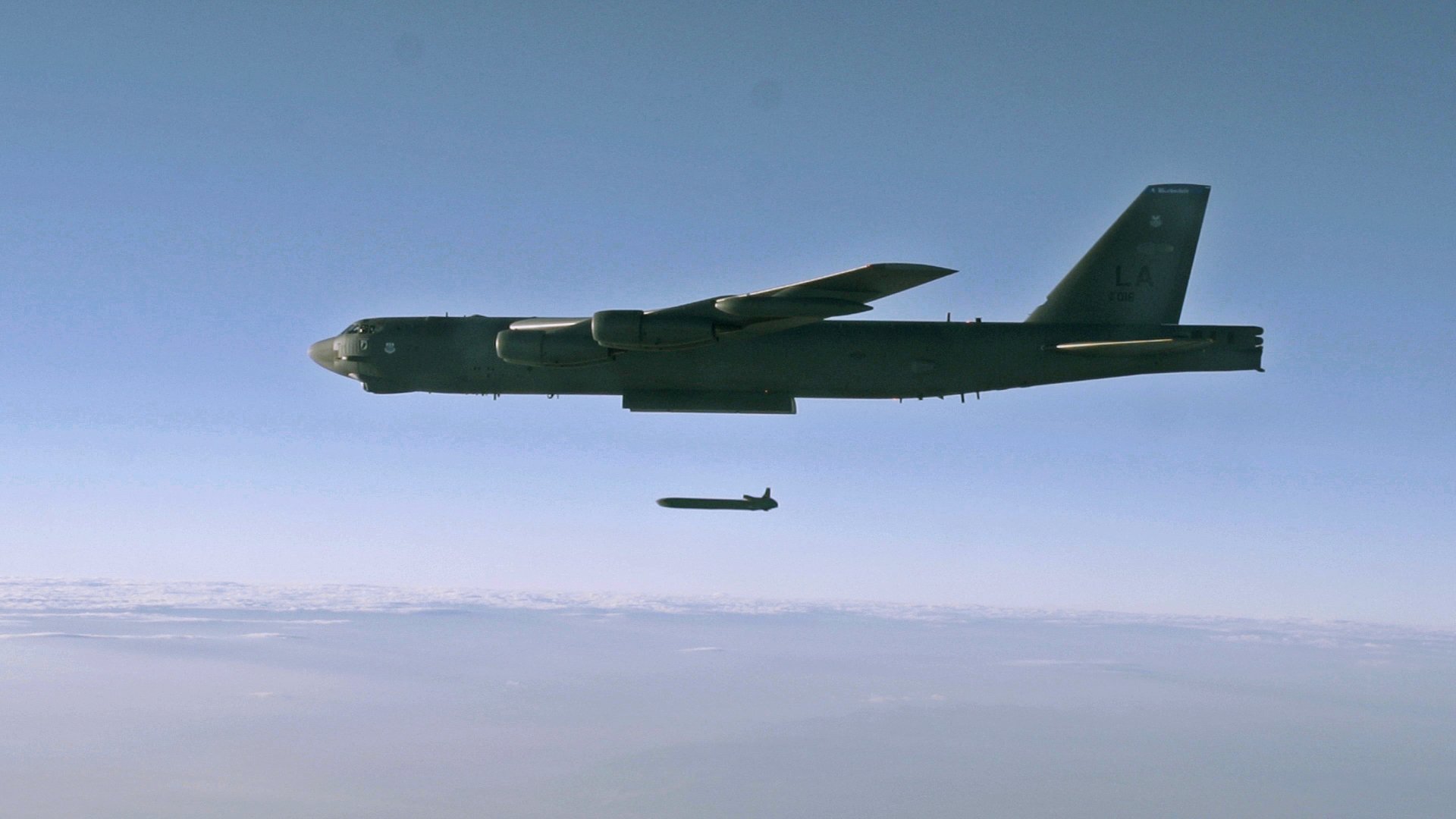 The United States is planning to purchase a new fleet of nuclear-capable air-launched cruise missiles (ALCMs) that will be far more advanced than the ones they are slated to replace, according to members of Congress and other sources, raising questions about the plan’s consistency with a pledge made by the Obama administration not to provide nuclear weapons with new capabilities.

The development of the new missile also has sparked a debate about whether it could be more “usable” than the existing ALCM, thereby lowering the threshold for when the United States might consider using nuclear weapons.

In a Dec. 15 letter to President Barack Obama urging him to cancel the new cruise missile, also known as the long-range standoff weapon, Sen. Ed Markey (D-Mass.) and seven other senators wrote that the “proposed…missile is a significantly altered version” of the existing ALCM.

The letter did not say what specific capabilities the new missile would provide, but claimed the proposal contradicts the policy statement from the 2010 “Nuclear Posture Review [NPR] Report” that efforts to sustain U.S. nuclear weapons “will not support new military missions or provide for new military capabilities.”

The White House disputed the contention that the new ALCM contradicts administration policy. In a Dec. 23 email to Arms Control Today, National Security Council spokesman Ned Price said that U.S. nuclear modernization efforts are “consistent with the President’s strategy laid out in Prague [in a 2009 speech] and in the 2010 Nuclear Posture Review.”

The Defense Department elaborated in a Jan. 5 email. The new missile “will use a refurbished version of the current ALCM warhead” that “will not support new military missions or provide for new military capabilities,” said Army Lt. Col. Joe Sowers. Rather, by developing the new weapons system, the United States “will preserve existing military capability in the face of evolving threats,” Sowers said.

The NPR Report’s prohibition on the development of new military missions and capabilities specifically refers to improvements to nuclear warheads, not their delivery systems.

Nuclear-armed ALCMs are part of the U.S. nuclear triad of strategic delivery systems consisting of land-based missiles, submarine-launched missiles, and long-range bombers, which can carry ALCMs and gravity bombs. ALCMs, which are currently carried by the B-52H long-range bomber, are standoff weapons that can attack targets at distances beyond the range of air defense systems.

The Air Force’s lone remaining ALCM variant is the AGM-86B, up to 20 of which can be carried by a B-52H bomber. Multiple life-extension programs have kept the missile, which was first fielded in 1982 with a planned service life of 10 years, in service for more than 30 years. The Air Force is planning to retain the missile until 2030.

Current Air Force plans call for the procurement of about 1,000 new nuclear-capable missiles, roughly double the size of the existing fleet of ALCMs. (See ACT, June 2015.) Government and think tank estimates suggest that the total cost of building the new missile and refurbishing the associated warhead would be about $25 billion over 20 years.

In a Feb. 25, 2015, request for information to contractors on the desired performance of the new missile’s engine, the Air Force said it was seeking potential improvements in the performance of the current engine technology, including a possible supersonic option, which would allow the missile to fly at a velocity of at least 768 miles per hour. The current ALCM can travel at a speed of approximately 550 miles per hour.

Pentagon officials also have said that the new fleet of cruise missiles will be compatible with not only the B-52H, but also the B-2 and planned long-range strike bombers. It is not clear if deploying the missile on the more advanced B-2 and long-range strike aircraft would allow those planes to hit targets that the B-52H could not reliably reach.

Advocates of the new missile argue that it provides a continuing ability to quickly add missiles to bombers. They note that the New Strategic Arms Reduction Treaty does not cap the number of weapons that can be carried on each bomber.

The Air Force told Arms Control Today last May that, despite the current plan to roughly double the size of the ALCM fleet, the requirements for nuclear-armed cruise missiles “have not increased.”

A source who has been briefed on the new ALCM program disputed the need for such a large missile procurement, saying in an interview that, “in exchange for” a more reliable and capable missile, the department “should maintain a smaller hedge.”

The source said the technical characteristics of the new missile are still being defined because the program is still in the early development stage but that the goal is to increase the range and accuracy of the missile. The source said another goal is to incorporate the latest stealth features, making the missile much more difficult for adversary air defense systems to detect.

Such features would comport with the Defense Department’s primary rationale for the new missile, namely to ensure that the bomber leg of the triad can strike targets in the face of increasingly sophisticated adversary air defenses. The department has expressed concern that the current ALCM is losing its ability to continue to penetrate these defenses in addition to becoming increasingly unreliable. 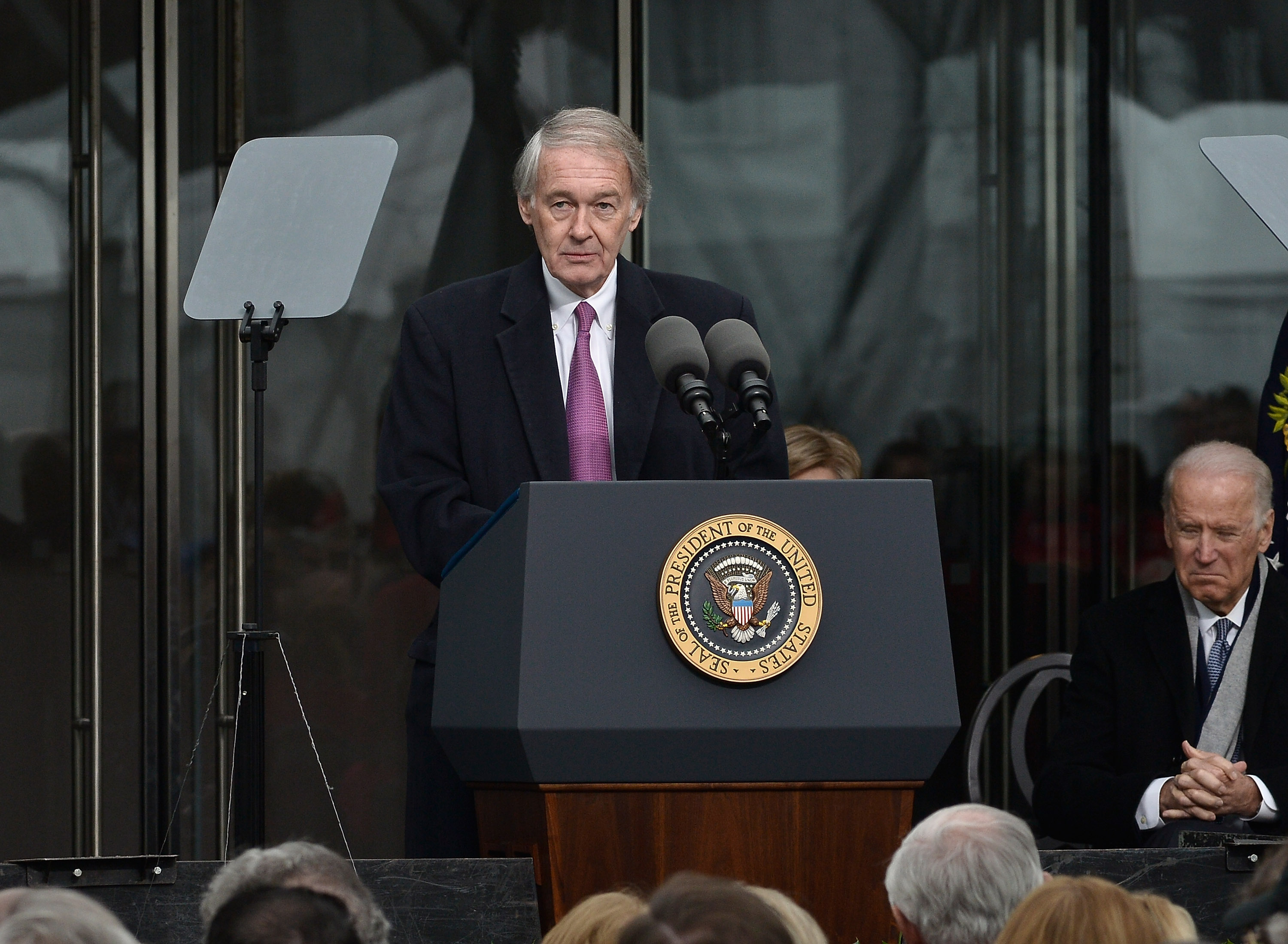 In response to questions submitted by lawmakers after a Feb. 26, 2015, hearing of the House Armed Services strategic forces subcommittee, Brian McKeon, deputy undersecretary of defense for policy, said maintenance of the existing ALCM “is becoming increasingly difficult, and its reliability in the next decade is not assured even with substantial investment.”

The source who had been briefed on the program said that, due to the reliability concerns, the ALCM is currently “not part of the planning scenarios for nuclear use.” He added that the missile could be maintained for the next five years but, “after that, it’s almost a dud.”

Some former officials and experts say it should not be surprising that the new cruise missile will be more advanced than the existing ALCM.

In a December email exchange with Arms Control Today, Al Mauroni and Mel Deaile of the Air Force Center for Unconventional Weapons Studies said they would expect the Defense Department “to improve military capabilities over past, aging weapon systems that continue to be fielded well beyond their originally-designed service life.” Mauroni and Deaile added that their comments did not necessarily reflect official U.S. positions.

Regarding the proposed life extension program for the ALCM warhead, known as the W80-4, the source who has been briefed said a goal of that program is to permit “greater flexibility in actually picking” the desired yield. The ALCM warhead is believed have a built-in option to allow detonation at lower or higher yields.

According to the source, increasing the accuracy of the missile allows for more flexibility in the warhead yield, thus enhancing the overall capability of the weapons system.

The source criticized the Obama administration for claiming the new missile program is consistent with the NPR Report. Focusing narrowly on whether the warhead’s nuclear explosive package is a new design, the source said, “allows the military to increase or change capabilities” in other areas of the weapons system “while shielding [itself] behind the narrow letter” of the report “and avoiding public debate.”

The source said the briefings made it clear that the Pentagon is envisioning potential uses for the new cruise missile that go beyond “the original mission space” of the ALCM.

For example, the source said that, in the event of a major conflict with China, the Pentagon has talked about using the new missile to destroy Chinese air defenses as a warning to Beijing against escalating the conflict further.

In testimony to the strategic forces subcommittee on April 15, 2015, Robert Scher, assistant secretary of defense for strategy, plans, and capabilities, said an additional rationale for the new ALCM is to preserve the president’s ability to respond “to a limited or large-scale failure of deterrence,” but did not provide details.

In a Dec. 14 statement to Arms Control Today, Rep. John Garamendi (D-Calif.), a member of the strategic forces panel, said claims that the new cruise missile will provide the president with more flexible response options “accept that a nuclear conflict could be controlled through the deliberate use of nuclear force.”

He said he disagreed with that approach because “[t]here is no such thing as a limited nuclear war.”

A Senate Republican staffer offered a different view in a Dec. 15 email. In developing the new missile, the United States should be prepared to match “Russia’s new emphasis” on the use of tactical nuclear weapons “to de-escalate a potential conflict” and “force developments by other nuclear powers,” the staffer said.

In a Dec. 17 interview, a different congressional staffer said it is not yet clear what features the new cruise missile and associated warhead will have, but expressed concern that the Defense and Energy departments will choose features that make the weapons system “more usable,” thus blurring the line between nuclear and conventional weapons.

Others dispute the notion that a more capable nuclear weapon increases the likelihood of its use. Retired Gen. C. Robert Kehler, former commander of U.S. Strategic Command, said in a Dec. 15 email that the new cruise missile will not lower the nuclear threshold because “the height of the nuclear threshold isn’t directly related to the so-called ‘usability’ of the weapons.”

Kehler, who is an affiliate of Stanford University’s Center for International Security and Cooperation, said U.S. “planners have to balance US policy regarding ‘new’ nuclear capabilities against the realities of weapon design and the evolution of technology and the threat.”

He added, “I believe we can strike the right balance while still meeting the intent of the [president’s] policy.”

Correction: The original version of this article mischaracterized the party affiliation of one the signers of the letter organized by Sen. Ed Markey. The signers were Markey, six other Democratic senators, and Sen. Bernie Sanders, an independent from Vermont who caucuses with the Democrats.