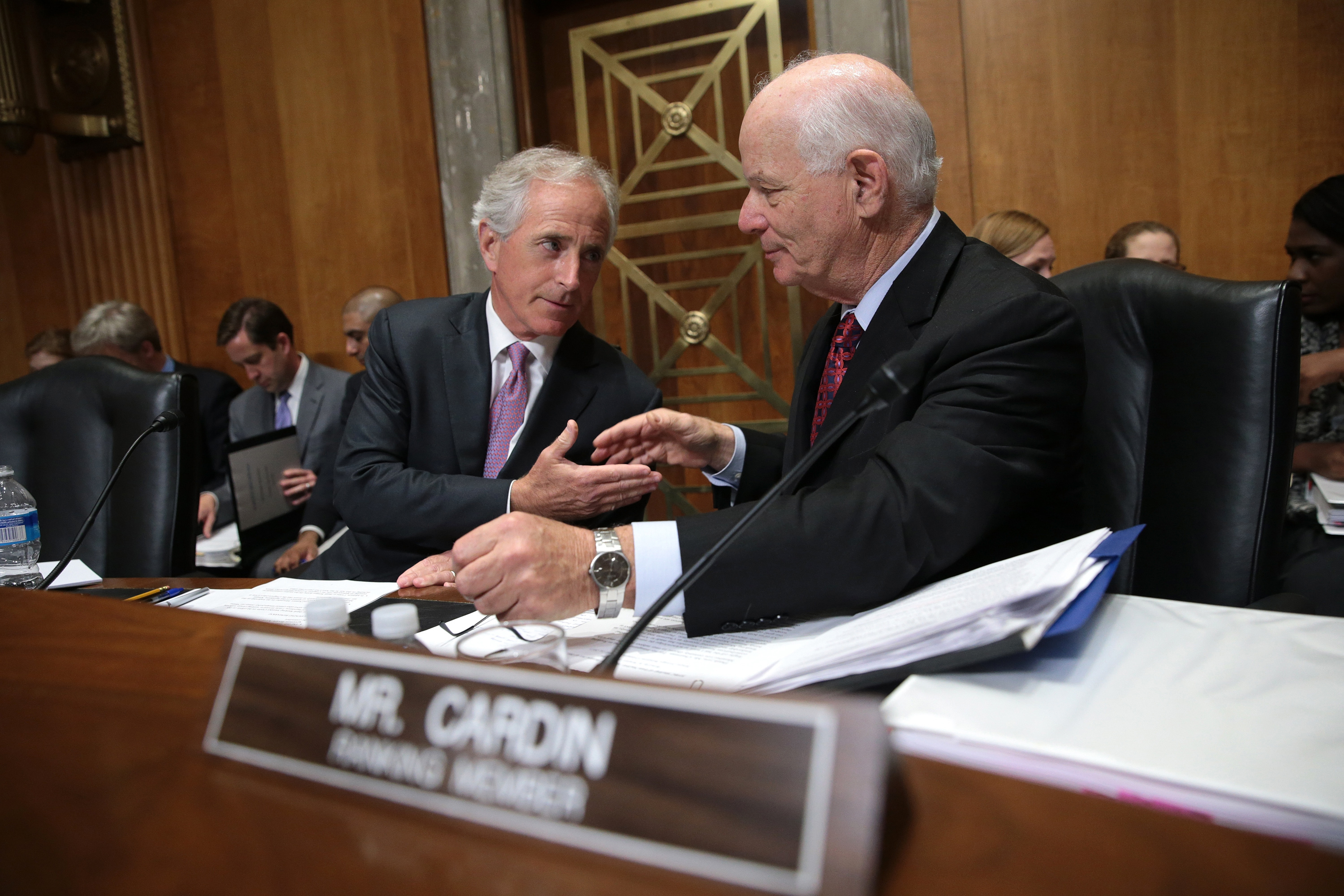 The Senate Foreign Relations Committee voted unanimously last month to approve legislation that would require the president to submit a nuclear deal with Iran to Congress for review.

Shortly before the April 14 vote, White House spokesman Josh Earnest said President Barack Obama would sign the bill the committee was about to consider although Obama was not “particularly thrilled” with it. The Obama administration had threatened to veto an earlier version of the bill, but negotiations between the committee chairman and its ranking member eliminated some of the provisions most objectionable to the White House.

Negotiators from Iran and six world powers announced a framework outlining the major parameters of a deal on April 2 in Lausanne, Switzerland. The deadline for completing a comprehensive nuclear deal is June 30 (see page 27).

Although the agreement will not be a treaty, which requires the approval of two-thirds of the Senate, many lawmakers voiced support for congressional review of any agreement.

Sen. Bob Corker (R-Tenn.) introduced a bill in February that would give Congress the option to vote on any agreement that the Obama administration and its five negotiating partners (China, France, Germany, Russia, and the United Kingdom) reach with Iran.

Corker, chairman of the foreign relations panel and primary author of the bill, reached a compromise with ranking member Sen. Benjamin Cardin (D-Md.) that revised the original legislation. The changes led several Democrats on the committee who originally had opposed the Corker bill to support it.

After the committee vote, Corker said the new version still allows Congress “the opportunity to review any final deal to ensure it is verifiable and enforceable before the president could act to unwind the sanctions that Congress put in place.” Congress has passed several laws imposing sanctions on Iran for a number of issues, including its nuclear program.

One of the modifications to the bill eliminated a controversial provision that said sanctions could not be waived unless the president has certified that Iran is not involved in any acts of terrorism. Critics of the original bill argued that the provision was misguided because Iran’s support for terrorism is outside of the scope of the negotiations on Tehran’s nuclear program.

Sen. Barbara Boxer (D-Calif.), who initially opposed the deal, said during the committee meeting that she was able to support the revised legislation because it removed “extraneous” issues such as the terrorism provision and that putting these elements back in the bill would be a “deal breaker.”

Sen. John Barrasso (R-Wyo.) introduced an amendment to reinsert the terrorism provision, but it was defeated 13-6. Corker and three other Republican senators—Jeff Flake (Ariz.), Johnny Isakson (Ga.), and David Perdue (Ga.)—joined the Democrats on the committee in voting against the amendment.

Sen. Chris Murphy (D-Conn.) said he would withdraw his support if the legislation was amended on the Senate floor in a way that would hurt the prospects for a comprehensive deal.

The legislation still requires the president to submit the text of any agreement to Congress and prohibits the administration from suspending congressional sanctions, but the review period is reduced from 60 days to 30 days. In addition to sanctions passed by Congress, executive orders issued by Obama and past presidents have placed sanctions on Iran. Those can be lifted without congressional action.

During the review period, Congress can vote to approve or disapprove the agreement or take no action. If a resolution of disapproval is passed, there is an additional 12-day period for the president to sign or veto the resolution. If the resolution is vetoed, sanctions remain suspended for an additional 10 days, giving Congress time to override the veto.

If Congress votes to approve the deal or takes no action, implementation of the agreement begins as scheduled under the terms of the pact.

The bill puts in place extensive reporting requirements on a range of issues related to Iran’s implementation of the nuclear deal. If the bill becomes law, the administration would be required to report to Congress every 90 days on Iran’s compliance with the agreement. If Iran were not complying with the terms of a deal, Congress could vote, on an expedited basis, to reinstate sanctions on Iran.

Cardin said in an April 14 statement that the legislation defines an “appropriate role for Congress” in reviewing any deal with Iran and will “strengthen the President’s hand in negotiations.”

A UK official, however, said in an April 15 interview that even in its amended state, the legislation is “unhelpful as the negotiators work to finish the comprehensive deal.”

He said passage of the bill “strengthens the Iranian hand” by giving Tehran a reason to blame Washington if the negotiations do not succeed. The Obama administration should have maintained its opposition to the legislation, he said.

In her April 14 comments, Boxer said she felt that the legislation voted out of committee would not derail the negotiations as the original version would have.

Also on April 14, House Speaker John Boehner (R-Ohio) said he is “hopeful” the Senate will vote on the legislation “in the next couple of weeks” and that the House will then move on the bill.