President Barack Obama signed and transmitted to Congress a new nuclear cooperation agreement with China on April 21, and a day later, U.S. and South Korean officials held a ceremony to initial a new cooperation pact.

The proposed 30-year agreement with China would permit the transfer of equipment, including reactors, and material, components, information, and technology for nuclear research and nuclear power production.

Notably, the agreement would grant each party “advance consent,” as specialists call it, to reprocess nuclear material transferred under the agreement and used in or produced through the use of transferred material or equipment. This provision, which would allow China to reprocess such material without obtaining U.S. consent in each case, would be a “major change from the old agreement” with China, said Mark Hibbs of the Carnegie Endowment for International Peace in a commentary posted on the website of The Hill.

The new agreement would replace an existing agreement signed in 1985 and set to expire at the end of this year.

In his transmittal statement to Congress, Obama said the pact “provides a comprehensive framework for peaceful nuclear cooperation with China based on a mutual commitment to nuclear nonproliferation.”

In the past, U.S. officials have raised concerns about China’s nonproliferation record. For example, China is building reactors in Pakistan at that country’s Chashma site that U.S. officials have said contravene commitments that China made when it joined the Nuclear Suppliers Group in 2004. (See ACT, June 2010.)

U.S. law provides Congress with the opportunity to review a nuclear cooperation agreement for two time periods totaling 90 days of so-called continuous session. After submitting the agreement, the administration is to consult with the House Foreign Affairs Committee and Senate Foreign Relations Committee for at least 30 days. After that, a second 60-day review period begins. If Congress does not pass a resolution disapproving the agreement before the end of this 60-day period, the agreement may enter into force.

In an April 23 e-mail, a congressional source said he expected the 90-day period to run out before Congress breaks for a long recess in August. 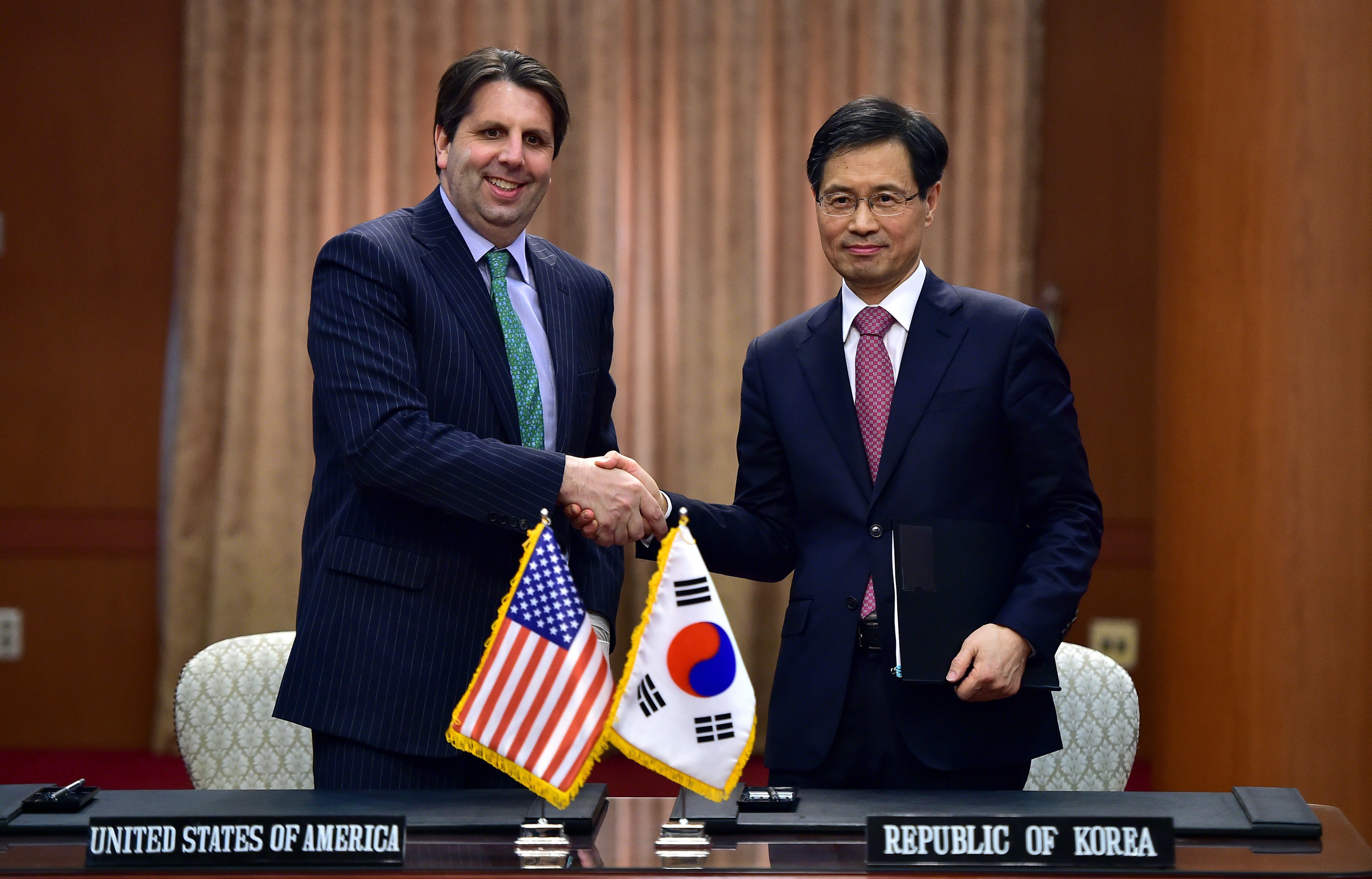 Meanwhile, on April 22 in Seoul, Mark Lippert, the U.S. ambassador to South Korea, and Park Ro-byug, South Korea’s ambassador for nuclear energy cooperation, initialed a new cooperation agreement that would replace a 1974 pact between the two countries. Some observers have said Obama and South Korean President Park Geun-hye could sign the agreement when Park visits the United States later this year.

Last year, the two countries brought into force a two-year interim extension of the old agreement, which was set to expire in March 2014, after they were unable to resolve key issues, notably South Korea’s interest in treating spent fuel through a technique called pyroprocessing. (See ACT, April 2014.)

Although the text of the new agreement has not been publicly released, news reports and a summary issued by the Korean embassy in Washington indicate that the United States did not provide South Korea with advance consent to enrich or reprocess U.S.-origin nuclear materials.

Instead, the agreement, which took more than four years to negotiate, creates a high-level commission that would regularly review implementation of the pact and provide a venue for the two sides to discuss future options, including indigenous South Korean enrichment and reprocessing.

The new agreement would last for 20 years, half the length of the original pact.