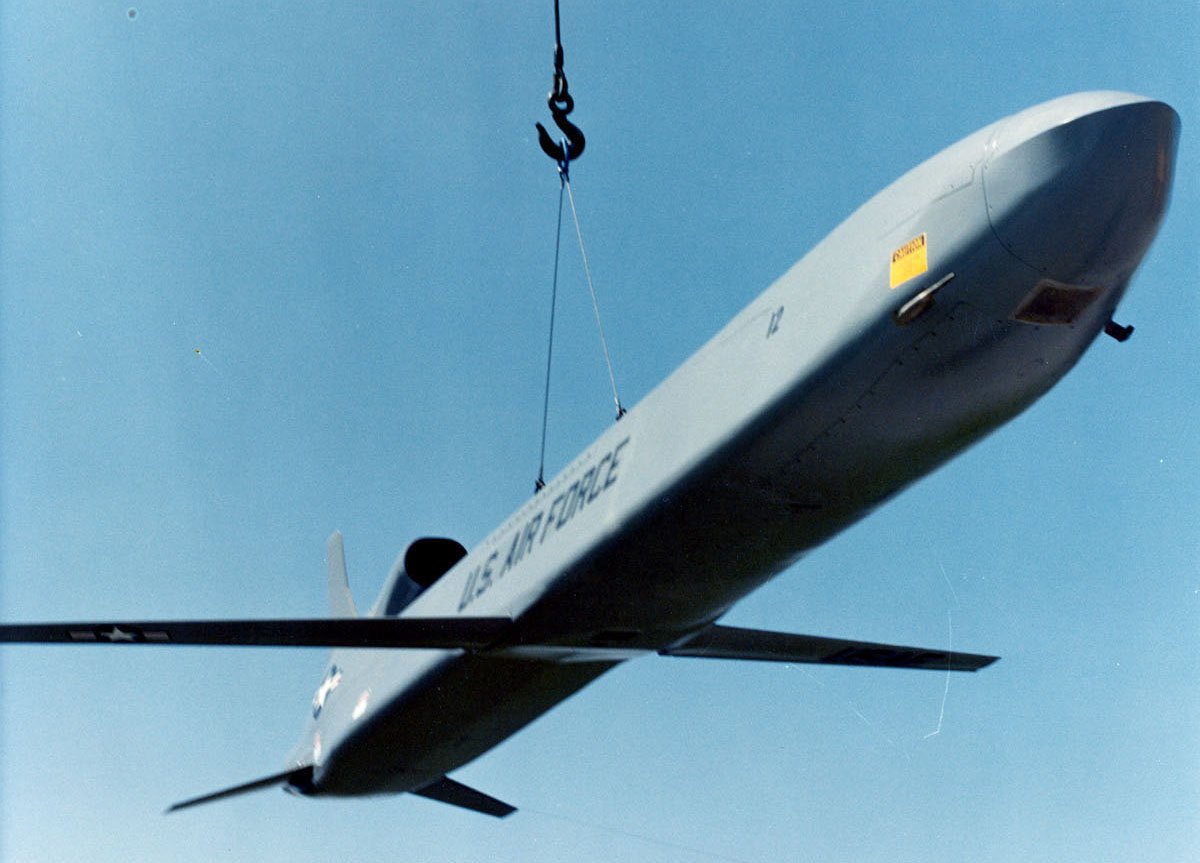 ould roughly double the size of the existing U.S. fleet of ALCMs.

A knowledgeable source said in an April 7 e-mail that the plans called for 1,000-1,100 new missiles at a cost of roughly $9 billion. In a subsequent e-mail exchange, Maj. Kelley Jeter, an Air Force spokeswoman, confirmed the number of planned missiles, but declined to comment on the cost.

“The draft acquisition strategy currently plans to procure approximately 1,000 missiles,” Jeter said. That number “provides enough weapons to meet the operational requirement” for U.S. Strategic Command, as well as spares and test missiles, she added. Jeter did not specify how many weapons the Air Force is planning to assign to each of these categories.

Acquisition planning and development activities for the new missile are well under way, Jeter said.

The Air Force is aiming to receive approval later this year from the Office of the Secretary of Defense to go to the next stage of the acquisition process, which includes maturing the technology, refining requirements, and finalizing cost estimates for the new missile. The first new missile is slated for completion in 2026.

The Air Force does not currently plan to develop a conventional variant of the new missile, Jeter said. “There is currently no validated requirement” for a new conventional ALCM, “nor is there funding for such a variant,” she said.

President Barack Obama determined in 2013 that the United States has more deployed strategic nuclear weapons than it needs for its security. It is not clear how the addition of 1,000 new missiles would comport with that determination.

It is also unclear whether the Air Force can afford a new cruise missile given the budget constraints imposed by the 2011 Budget Control Act and the costs of rebuilding other elements of the U.S. nuclear arsenal. Public remarks by top Pentagon officials have repeatedly acknowledged the limits that the act imposes on their plans.

Frank Kendall, undersecretary of defense for acquisition, technology, and logistics, said on April 14 that beginning in 2021, the Defense Department will have to secure an additional $10-12 billion annually above current funding levels for nuclear forces in order to afford the current nuclear weapons modernization plan. The department has “a huge affordability problem” with regard to nuclear modernization, Kendall said.

In a June 2014 letter to the leadership of the Senate Appropriations Committee, Kendall stated that long-range bombers armed with nuclear ALCMs “assure our allies and provide a unique and important dimension of U.S. nuclear deterrence in the face of increasingly sophisticated adversary air defenses.”

A bomber force armed with the new missiles also would give the United States “uniquely flexible options in an extreme crisis, particularly the ability to signal intent and control escalation,” Kendall added.

But some current and former government officials have questioned the need for any new cruise missile. (See ACT, November 2014.)

The Air Force’s lone remaining ALCM variant is the AGM-86B, up to 20 of which can be carried by a B-52 bomber. The missile, which has a range of more than 1,500 miles, was first fielded in 1982 with a planned service life of 10 years. Multiple life extension programs have kept the missile in service for more than 30 years. The Air Force is planning to retain the missile until 2030.

The B-2 bomber is not equipped to carry ALCMs, but has the capability to deliver 16 nuclear gravity bombs at any given time.

According to Jeter, the Air Force currently retains 575 ALCMs. Those missiles, which would be retired, carry the W80-1 warhead, which is maintained by the National Nuclear Security Administration (NNSA), a semiautonomous arm of the Energy Department. In an April 17 e-mail, Hans Kristensen, director of the Nuclear Information Project at the Federation of American Scientists, estimated that there are approximately 550 W80-1 operational warheads left in the military stockpile.

The Air Force is developing the long-range standoff cruise missile to replace the AGM-86B. The new missile will be compatible with the B-2 and B-52 bombers, as well as the planned long-range strike bomber.

Kristensen said the current plan to build another 1,000-1,100 missiles would “make sense” if one assumed the Air Force wanted enough missiles for a force in the 2030s of 16 operational B-2 bombers and 44 new long-range strike bombers, each carrying a maximum of 16 missiles, plus about 200 missiles for use as spares and test missiles.

The United States is planning to maintain up to 60 nuclear-capable long-range bombers under the New Strategic Arms Reduction Treaty (New START). But the treaty does not cap the number of weapons that can be carried on each bomber. Each bomber counts as only one warhead against the treaty cap of 1,550 deployed warheads even if capable of carrying more than one cruise missile or gravity bomb.

As the Pentagon proceeds with its plans to build the new long-range cruise missile, the NNSA is to carry out a life extension program for the ALCM warhead. Production of the first of these modified warheads, known as the W80-4, is scheduled to be completed in 2025.

In an April 21 e-mail, Energy Department spokesman Derrick J. Robinson said the NNSA has not yet decided how many of the modified warheads it would produce and that the number would be classified. According to Kristensen, the NNSA would have to bring previously retired ALCM warheads out of storage to provide the number of warheads needed to accommodate the draft 1,000-missile plan.

The Obama administration’s fiscal year 2016 budget request proposed to increase spending to accelerate by two years the development of the long-range standoff missile and the modified warhead that it would carry, partially reversing the fiscal year 2015 proposal to delay development of both by three years. (See ACT, March 2015.)

If the knowledgeable source’s estimate of $9 billion for the missile is accurate, the total cost of replacing the existing ALCM and the associated warhead could be close to $20 billion. The NNSA has estimated that the cost of the life extension program will be between $7 billion and $9.5 billion.

The Air Force’s draft acquisition plan for the long-range missile “makes a mockery” of New START “by blatantly taking advantage” of the treaty “loophole” that attributes only one weapon to each bomber, said Kristensen. The Air Force plan “sends the wrong message” about U.S. intentions “and should be rejected,” he said.

In response to this story, an Air Force official e-mailed the following statement on May 7:

The AF LRSO program is designed to replace current nuclear-armed air-launched cruise missiles (ALCM).  Replacement of our current ALCM is necessary to ensure that the U.S. nuclear deterrent remains safe, secure, and effective, in accordance with the President's guidance.

The number of LRSO missiles to be acquired includes a large number of spare and test missiles that will be required throughout the life of the program.  This means that the planned purchase of 1,000 missiles includes far more missiles than we plan to operationally arm and deploy in our nuclear force.  There is no plan to operationally arm and deploy 1,000 LRSO missiles - the requirements for these systems in our guidance have not increased and we intend to deploy only a fraction of those we purchase.

Nuclear-armed cruise missiles, including the LRSO, are accountable under New START's bomber counting rule.  The New START bomber counting rule is well understood and was fully debated during the Treaty's ratification.  In counting one warhead per bomber, the New START Treaty advances the legacy of bomber stability and flexibility initiated under the original START Treaty. The LRSO program is fully consistent with the approach to reductions and strategic stability negotiated by Washington and Moscow.