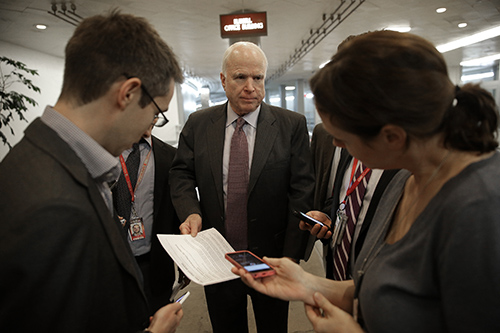 Congress voted in December to withhold the Energy Department’s $92.3 million fiscal year 2015 budget request for nuclear material security work in Russia amid uncertainty about the future of collaborative efforts between Washington and Moscow in that area.

Despite the decision not to fund the budget request for the Energy Department programs, unspent money within the department’s nonproliferation account will allow activities in Russia to continue if Moscow agrees to such cooperation, a Senate Appropriations Committee staffer said in a Dec. 19 e-mail to Arms Control Today.

These provisions were part of the fiscal year 2015 omnibus appropriations and defense authorization bills, both of which Congress passed in December at the end of the 113th Congress. Fiscal year 2015 started on Oct. 1, 2014, and runs until Sept. 30.

Of the money Congress withheld for Energy Department work in Russia, $25.4 million was taken from the Global Threat Reduction Initiative (GTRI), and $66.9 million was subtracted from the International Material Protection and Cooperation (IMPC) program.

In his e-mail, the Senate staffer said that there is enough unspent money left over from previous years’ appropriations and the spending bill that funded the government from Oct. 1 through mid-December to “complete activities” in fiscal year 2015 “and start new activities” if Energy Secretary Ernest Moniz approves them. According to budget figures shown to Arms Control Today, roughly $100 million remains available to continue work in Russia by the Energy Department’s semiautonomous National Nuclear Security Administration (NNSA) in fiscal year 2015.

Congress also put constraints on the Defense Department’s nuclear security work in Russia. The defense bill prohibits funding for CTR programs in Russia beyond fiscal year 2015 without specific authorization from Congress. “[T]he traditional manner in which the program’s activities have been carried out in the Russian Federation is no longer necessary and no longer sustainable,” said the explanatory report accompanying the bill. “[S]ecuring and destroying nuclear weapons and nuclear material is now a Russian responsibility and one that the United States should no longer fund without Russian cooperation,” the report added.

The decline in congressional support for nuclear security work in Russia comes as Moscow has taken steps to wind down cooperation with the United States, putting the future of such cooperation in doubt. (See ACT, December 2014.)

The omnibus bill provided funding above the budget request for other nuclear security efforts, including an extra $32 million to complete installation of fixed detection equipment to prevent nuclear smuggling at vulnerable border crossings, airports, and small seaports in key countries around Russia and in high-threat areas in the Middle East. The bill also added funds to accelerate efforts to develop a new generation of warhead monitoring technologies and improve capabilities to detect low-yield nuclear tests.

Despite these increases, the final spending level for Energy Department nonproliferation work fell far short of what the Senate appropriations energy and water subcommittee, which funds the department’s nuclear security programs, approved in July. The full appropriations committee and the full Senate never voted on that bill. Although the subcommittee provided about $825 million, well above the budget request of $638 million for the GTRI and IMPC programs, the omnibus bill reduced their funding to $597 million.

Instead, the final funding levels for the GTRI and IMPC programs mirror those approved by the House, which withheld funding for work in Russia and funded other activities at roughly the same level as the budget request.

The omnibus bill includes a compromise between the Senate and House to provide $9.4 million, the amount the NNSA had requested, to study a refurbishment of the warhead for the nuclear-armed air-launched cruise missile (ALCM). The funding figure essentially split the difference between the House, which initially approved $17 million for the study, and the Senate, which provided no funding for the concept study. (See ACT, November 2014.)

According to the Senate staffer, the bill makes no commitment to ultimately fund a life extension program for the ALCM warhead. The bill mandates that before the NNSA moves beyond the concept study phase, the NNSA must provide Congress with a report on the military requirements and preliminary cost and schedule estimates for a refurbishment effort.

The omnibus bill also requires the defense secretary to submit a report to Congress “describing the requirements, anticipated missions, programmed funding by fiscal year, and current program schedule” for the new missile that will carry the refurbished warhead. The Air Force’s fiscal year 2015 budget request delayed the new missile program by three years. According to an aide for Sen. Richard Durbin (D-Ill.), the outgoing chairman of the defense appropriations subcommittee, the “general intent” of the report “is to have [the Defense Department] better explain” the acquisition strategy for the new missile program.

Meanwhile, the defense authorization bill dilutes provisions in the original House bill regarding the New Strategic Arms Reduction Treaty (New START), Russia’s alleged noncompliance with the Intermediate-Range Nuclear Forces (INF) treaty, and the maintenance of U.S. Minuteman III intercontinental ballistic missile (ICBM) silos. The House bill barred the spending of any money to carry out the reductions required by New START until Russia met a number of conditions, including “respecting the sovereignty of all Ukrainian territory.” The final bill merely requires a report from the Defense Department stating the reasons that continued implementation of New START is in the national security interests of the United States.

Similarly, the House bill required the Defense Department to prepare a plan for developing new U.S. intermediate-range missiles in response to Russia’s alleged INF Treaty violation, but the final bill asks for a report on steps being taken or planned by the department to respond to the violation (see story below). Moreover, while the House bill demanded the maintenance of 450 operational Minuteman III ICBM silos without an end date for that requirement, the final bill requires the maintenance of the silos only until 2021. 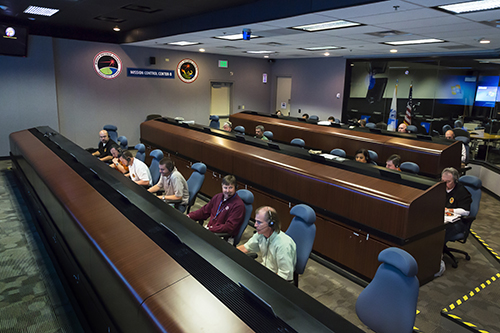 The defense bill includes provisions to strengthen congressional oversight of U.S. missile defense programs. One section requires that prior to production or deployment of “a new or substantially upgraded interceptor or weapon system of the ballistic missile defense system,” the defense secretary must ensure “sufficient and operationally realistic testing” of the system and that the testing results demonstrate “a high probability” that the system “will work in an operationally effective manner.” The provision also requires the Pentagon’s director of operational test and evaluation to provide an assessment of the “sufficiency, adequacy, and results of the testing.”

Another section requires the defense secretary to commission an independent study on the testing program of the Ground-Based Midcourse Defense (GMD) system. The study must include “an assessment of whether the currently planned testing program” for the missile system “is sufficient to establish reasonable confidence that the…system has a high probability of performing reliably and effectively.”

Plagued by rushed development, cost overruns, and test failures, the GMD system is designed to protect the United States from limited missile attacks by Iran and North Korea. A total of 30 interceptors are currently deployed in Alaska and California. The Pentagon is planning to deploy an additional 14 interceptors in Alaska by the end of 2017.

Overall, the omnibus bill provided $1.1 billion for the GMD system, including $43 million more than the administration requested to upgrade the Capability Enhancement II kill vehicle. The bill also funded the administration’s $99.5 million request to begin work on a redesigned kill vehicle for the system. (See ACT, July/August 2014.)