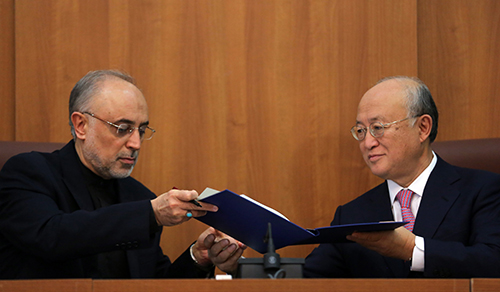 The negotiations on Iran’s nuclear program have been extended again, removing any remaining doubts that, after 18 months of intense negotiations, the key to obtaining a comprehensive agreement still hinges on finding clever, new technical solutions to bridge the remaining disagreements between the parties.

The contours of an achievable deal now seem clear. The United States and its P5+1 partners (China, France, Germany, Russia, and the United Kingdom) have gone very far to accommodate Iran’s preferred terms regarding enrichment capability and gradual sanctions relief. Yet, Iranian Supreme Leader Ayatollah Ali Khamenei continues to procrastinate because he hopes to tactically leverage U.S. President Barack Obama’s eagerness for a deal into even better terms or he remains strategically uncertain that his regime can survive the political transformation such a deal might introduce. Either way, although negotiations will linger for some additional months, the United States must move on.

Taking stock of the interim results, the United States must reorient its diplomatic efforts to confront the likely shortcomings of the achievable deal and prepare a fallback in the event that Khamenei does not ultimately come through. For both scenarios, it must urgently contemplate complementary steps that the parties to the negotiations, the UN Security Council, and the International Atomic Energy Agency (IAEA) could take to build confidence that Iran’s future nuclear program will be exclusively peaceful.

Iran already has attained considerable legitimacy for its nuclear hedging posture, but it is no closer to the bomb than it was at the beginning of the process. If anything, it is slightly further behind although a precarious balance exists here because Iran’s loss of more readily usable enriched uranium is increasingly offset by its progress on advanced centrifuges.

Moreover, while the plutonium route to an Iranian nuclear weapon has been slowed down at a minimum, Iran’s indigenous enrichment capabilities have not been meaningfully reduced and are unlikely to be reduced later. Similarly, the improvement in the IAEA’s powers to monitor Iran’s program has been positive but marginal, and Iran has been only slightly more forthcoming on the key issues of its past weaponization effort. Tehran will likely be subjected to a far more intrusive verification regime following an agreement, but the chances are slim that it would accept the kind of airtight, open-ended arrangement allowing for wide-area monitoring and regular inspections of its military facilities that would dramatically reduce the risk of a clandestine rush to the bomb.

The picture surrounding the Iran sanctions regime that has brought Iran to the negotiating table is crystallizing and similarly mixed. The regime remains in place, albeit with modest easing of restrictions on Iran’s frozen assets overseas. Although sanctions are bound to be immediately relaxed following a deal and breached by some countries resuming trade with Iran even in its absence, with Russia leapfrogging the others by implementing the recent nuclear deal it has concluded with Iran, neither scenario envisages immediate removal or collapse of the sanctions regime.

Furthermore, the impact of the mere easing of sanctions is uncertain. It might have the hoped-for positive effect of whetting the Iranian appetite to continue benefiting from such dividends by upholding the terms of a deal. Conversely, it might lead Tehran to believe that sanctions fatigue will preclude the rapid reimposition of these measures even if Iran follows its custom of circumventing and eroding any nuclear deal it signs. With these parameters already generally set, the challenge is to consider the additional steps that might further enhance Iran’s motivation to finally transform its nuclear program into a genuinely and exclusively peaceful one while providing ample credible warning if this were not to be the case.

One area requiring immediate attention for nuclear safety and nonproliferation in Iran and beyond is Iran’s “peaceful” nuclear activity. Iran has repeatedly deflected appeals to implement standard measures of nuclear responsibility common to all other peaceful nuclear energy programs worldwide. At a minimum, these include a serious commitment to safety regulation, a commitment to liability provisions governing compensation of victims of potential accidents, and harmonization of the scale, pace, and sequence of any fuel cycle activities with indigenous nuclear power plant development. The next phase of negotiations should seek Iranian commitments to remedy these disconcerting anomalies in its nuclear program.

First, the P5+1 must profoundly understand and address the consequences stemming from conceding to Iran an operational capability of several thousand older, operating centrifuges and continuing research, development, and production of more-modern units. The existence of such a capability in Iran defies any peaceful-use logic, but is ideal to support a nuclear weapons application. Iran has no need for fuel for the Bushehr reactor, its single functioning nuclear power reactor, which is solely powered by Russian-provided fuel; has no relative advantage in uranium enrichment; and lacks the economy of scale to justify uranium enrichment. Moreover, the size of the enrichment operation under consideration is far too small to provide fuel for even a modest nuclear energy program. Yet, it is perfectly adequate for a military one.

Thus, any acceptance of uranium enrichment in Iran, let alone its expansion on the grounds of supporting its ostensibly peaceful nuclear program, must be conditioned on Iran’s prior accession to and full implementation of the Convention on Nuclear Safety. Among the major elements of this treaty are its requirements for an independent nuclear regulator, periodic reporting to the IAEA, and peer reviews. Iran also must be expected to join the only international, legally binding undertaking in the area of physical protection of nuclear material, the Convention on the Physical Protection of Nuclear Material. As with the safety convention, Iran and North Korea are only nonratifiers among countries purporting to use nuclear energy for peaceful purposes.
In the same vein, Iran must join forthwith one of the modern international conventions regulating nuclear liability or, at a minimum, pass legislation anchoring their standard principle.[1] 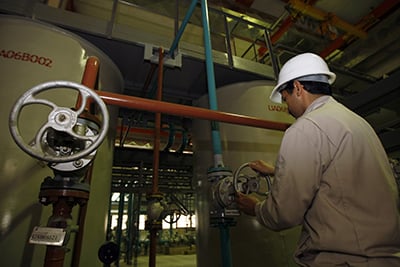 Furthermore, if the duration of Iran’s obligations to abide by key fuel-cycle aspects of a future agreement is shorter than the total duration of an agreement, Tehran should be expected to peg the scale and specifications of its future fuel-cycle activities to the requirements posed by the actual construction of new power plants.

Last but certainly not least is the challenge of putting in place a credible verification and enforcement regime for Iran for the long term. This requires far closer coordination of the P5+1 with the IAEA than has been the case to date in order to make sure the IAEA develops the legal basis and operational capabilities to apply such a uniquely rigorous verification regime to declared and undeclared activity in civilian and military sites and is provided with the requisite resources to sustain it well into the future.

Iran’s willingness to apply these measures will serve as a critical bellwether of its reorientation of the nuclear program toward peaceful pursuits. A final agreement with Iran that does not include these provisions would be extremely risky and ill advised unless there was confidence by the P5+1 and tacit Iranian understanding that these shortcomings would be offset by incorporating these measures, as appropriate to each body’s mandate, in complementary actions by the UN Security Council, IAEA Board of Governors, and U.S. Congress. This could be done in the context of hearty endorsements of an agreement reached by the P5+1 with Iran, with the explicit purpose of buttressing the integrity and durability of such an agreement as well as addressing its broader normative aspects. This goal would also be well served by incorporating into the respective resolutions a deterrence mechanism laying out a credible diplomatic procedure to handle subsequent Iranian circumvention or violation of the terms of the deal in order to prevent a situation in which only two extreme alternatives are available to address such circumstances—that is, to look the other way or to escalate toward coercive action.

Ultimately, the United States must finally lay out a realistic Plan B to enhance the prospects of securing a credible deal soon and to avoid undue escalation if such a result proves elusive. Such a plan would require that the United States profess genuine willingness to walk away from the negotiating table while holding Iran to its obligations under the November 2013 Joint Plan of Action and tightly enforcing existing sanctions, but honoring its part of the bargain by not going beyond the existing sanctions. Also, the United States would have to put Iran on notice that failing to meet its obligations under the joint plan or making meaningful progress in sensitive nuclear areas not presently covered by that document would result in the immediate imposition of harsher sanctions.

Iran should be reminded that the Obama administration has not ruled out military action if Tehran takes concrete steps to acquire a nuclear device. Congress should be encouraged to provide authorization for the imposition of additional sanctions and other coercive measures if these circumstances arise. Capitol Hill might require the administration to provide quarterly certification that a vigorous monitoring effort is in place and that Iran remains in compliance with these requirements.

At the same time, a viable Plan B should see Washington keeping its hand extended to Tehran if the Iranian leadership offers far more credible assurances of reliably and irreversibly reconfiguring its nuclear program toward its stated peaceful intent. Congress would ideally provide the administration with a measure of flexibility to generously reward and reciprocate cooperative Iranian behavior in the nuclear domain, in counterterrorism collaboration, and in improvement of Tehran’s appalling human rights record. These are indispensable measures, in part to demonstrate to the more moderate segments of the Iranian public and a handful of the country’s more receptive leaders that U.S. enmity toward Iran and its regime is not set in stone. Such measures would convey the message that all arms of the U.S. government would work in tandem to cooperate with Iran if Iran were to mend its ways in areas germane to the interests of the United States, its allies, and the stability of the Middle East.

Ariel E. Levite is a senior associate in the Nuclear Policy Program at the Carnegie Endowment for International Peace. Prior to joining Carnegie in 2008, he held senior positions in the Israeli Ministry of Defense, Atomic Energy Commission, and National Security Council.