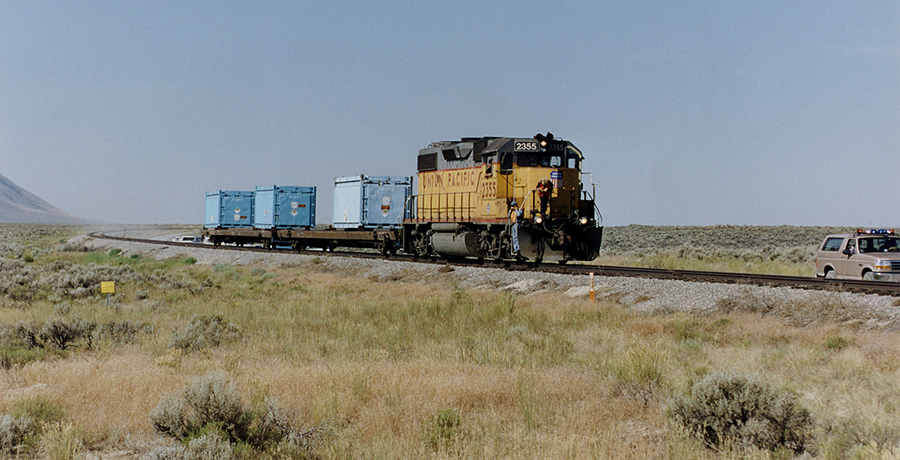 The report, which was released March 31, makes a total of 17 recommendations for modifying or expanding the department’s nonproliferation efforts in areas such as preventing nuclear and radiological terrorism, halting illicit transfers of nuclear technology, and developing new detection and monitoring technologies and approaches to verify future nuclear arms reductions.

The task force expressed concern about the recent trend of falling budgets for the department’s nonproliferation programs, noting that appropriations declined from $2.2 billion in fiscal year 2013 to $1.6 billion for fiscal year 2015, a reduction of 25 percent. “The need to counter current and likely future challenges to nonproliferation justifies increased, rather than reduced, investment in this area,” the report said.

The task force recommended increased funding for a number of efforts, including those charged with monitoring procurement channels for the nuclear black market, establishing a comprehensive national research and development program for verifying future nuclear arms reductions; training and recruiting the next generation of nonproliferation experts; and rebuilding the capacity of the U.S. nuclear laboratories to conduct broad, integrated analyses of foreign nuclear programs.

After proposing major spending cuts for NNSA nuclear nonproliferation programs in last year’s budget request, the Obama administration is asking for $1.7 billion for these efforts in its fiscal year 2016 budget request, an increase of $91 million, or 5.6 percent, above the fiscal year 2015 appropriation. (See ACT, March 2015.)

The task force also highlighted obstacles to the recommended changes in NNSA nonproliferation activities, including the limited willingness of some countries to cooperate.

Noting that Russia ended most joint work with the United States on nuclear security in Russia at the end of 2014 (see ACT, March 2015), the report calls for continuing cooperation in the areas in which Russia has allowed it, maintaining dialogue among U.S. and Russian technical experts, and developing approaches to cooperation “that appear to put both countries in equal roles.”

Established in December 2013 by Energy Secretary Ernest Moniz, the task force was asked to advise the Energy Department on “future areas of emphasis for its nuclear nonproliferation activities.”

In an interim report last August, the task force said, “The U.S. government does not yet have a compelling vision for the future of its nonproliferation efforts or how [the Energy Department’s] programs fit in that larger picture, though [the department] has launched an effort to develop one.” (See ACT, November 2014.)

The final report says the Energy Department has made “significant progress toward implementation of key recommendations” from the interim report. In particular, the task force praised the department for preparing and issuing in March of this year its first strategic plan to address the threats of nuclear proliferation and terrorism.

Titled “Prevent, Counter, and Respond—A Strategic Plan to Reduce Global Nuclear Threats (FY2016-2020),” the plan “provides a comprehensive overview for the first time in a single place of NNSA’s integrated strategy for preventing, countering, and responding to nuclear weapons proliferation and nuclear and radiological terrorism threats, now and in the future,” according to an Energy Department press release.

The report identifies five important trends in the evolution of nuclear security threats that are informing the department’s thinking about preventing nuclear terrorism: the presence of significant amounts of nuclear material in regions of concern, the continued temptation for some states to develop nuclear weapons or a weapons capability, the global expansion of civil nuclear power and the wide use of radiological sources, the expanding sophistication of illicit procurement networks, and the greater diffusion of technologies and manufacturing techniques that could create new pathways to nuclear weapons.