“What's really strikes me about ACA is the potential to shape the next generation of leaders on arms control and nuclear policy. This is something I witnessed firsthand as someone who was introduced to the field through ACA.”
– Alicia Sanders-Zakre
ICAN
June 2, 2022
Trump's UN Address a  Failure of Nuclear Leadership

Since 1945, U.S. presidents have sought to rally global support and action toward practical solutions curbing the spread of nuclear weapons and reducing the dangerous likelihood of their use. 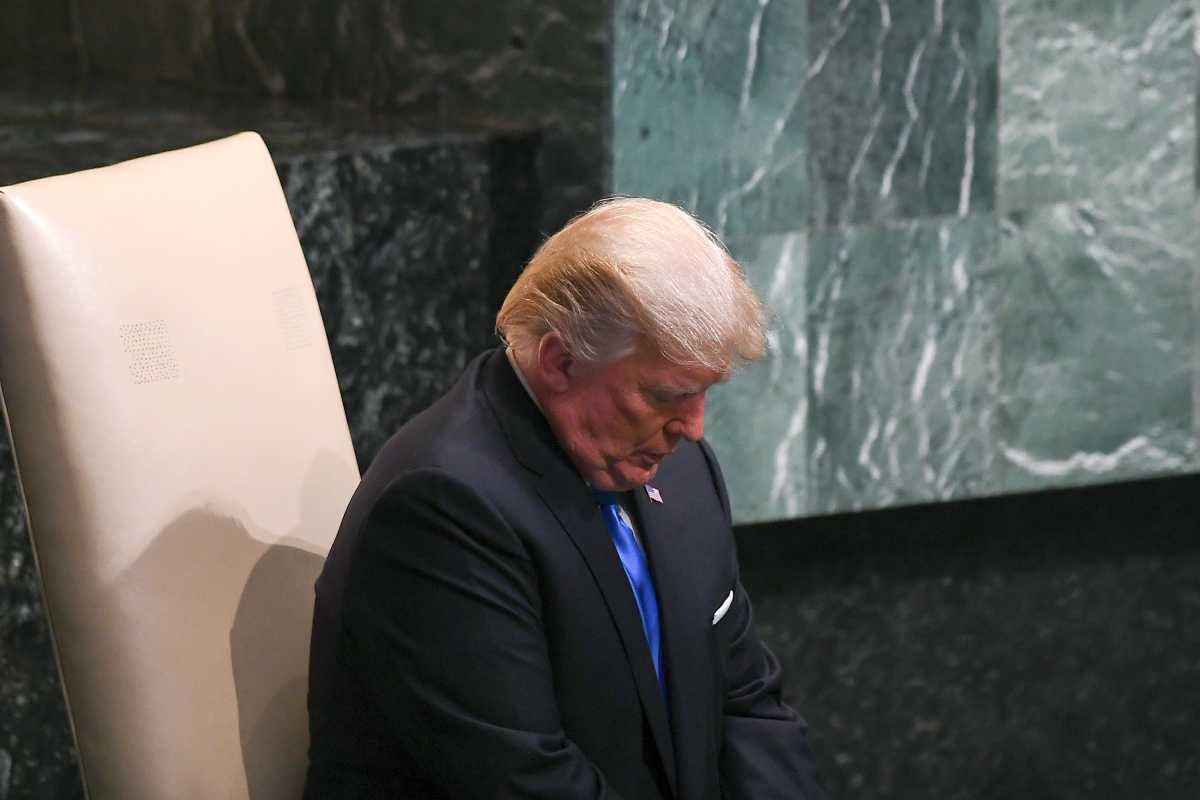 Sadly, President Donald J. Trump, in his first, fiery address before the UN General Assembly has demonstrated that he is not up to this most important of U.S. presidential responsibilities.

Instead, Trump threatened to unravel the widely-supported, hard-won 2015 nuclear deal between Iran and six world powers that verifiably blocks Iran’s path to a bomb. Allies and security and nonproliferation experts agree that Iran is meeting its nuclear-related commitments under the deal. Any further steps by the Trump administration to undermine the Iran nuclear deal will isolate the United States, make it harder to confront Iran’s misbehavior in the region, and worst of all, potentially lead to the undoing of the agreement, thereby increasing the threat of war and a spiral of nuclear proliferation in the Middle East and beyond.

On the growing tensions over North Korea's nuclear and missile program, Trump likewise failed to appeal to the international community to better implement existing sanctions and to support efforts for a realistic, negotiated solution, instead recklessly threatening to destroy North Korea. It is naive to think that sanctions pressure and bellicose U.S. threats of nuclear attack can force North Korea to change course.

As President John F. Kennedy said following the 1962 Cuban Missile Crisis: “Above all, while defending our own vital interests, nuclear powers must avert those confrontations which bring an adversary to the choice of either a humiliating defeat or a nuclear war.”

Trump missed an opportunity to outline a coherent approach on how the United States, Russia, and other nuclear-weapon states could responsibly reduce nuclear tensions and work together to prevent nuclear conflict. At this point in his first term as president, Barack Obama had convened a special meeting of the UN Security Council and won the adoption of a comprehensive strategy (UNSC 1887) to reduce nuclear risks worldwide.

Trump’s address is yet another sign that we are entering a dark and difficult phase in the long-running effort to reduce the threat posed by nuclear weapons.

In the long run, the United States will continue to play an essential and useful role in reducing the risks of nuclear weapons. But in the near term, other responsible U.S. and world leaders must step forward to provide the nuclear leadership that Mr. Trump is failing to demonstrate.