“It will take all of us working together – government officials, and diplomats, academic experts, and scientists, activists, and organizers – to come up with new and innovative approaches to strengthen transparency and predictability, reduce risk, and forge the next generation of arms control agreements.”
– Wendy Sherman
U.S. Deputy Secretary of State
June 2, 2022
Start of Nuclear Weapons Prohibition Talks A Historic Step Forward

(Washington, D.C.)—Today at the United Nations in New York, multilateral negotiations on a new “legally-binding instrument to prohibit nuclear weapons, leading toward their total elimination” will commence. 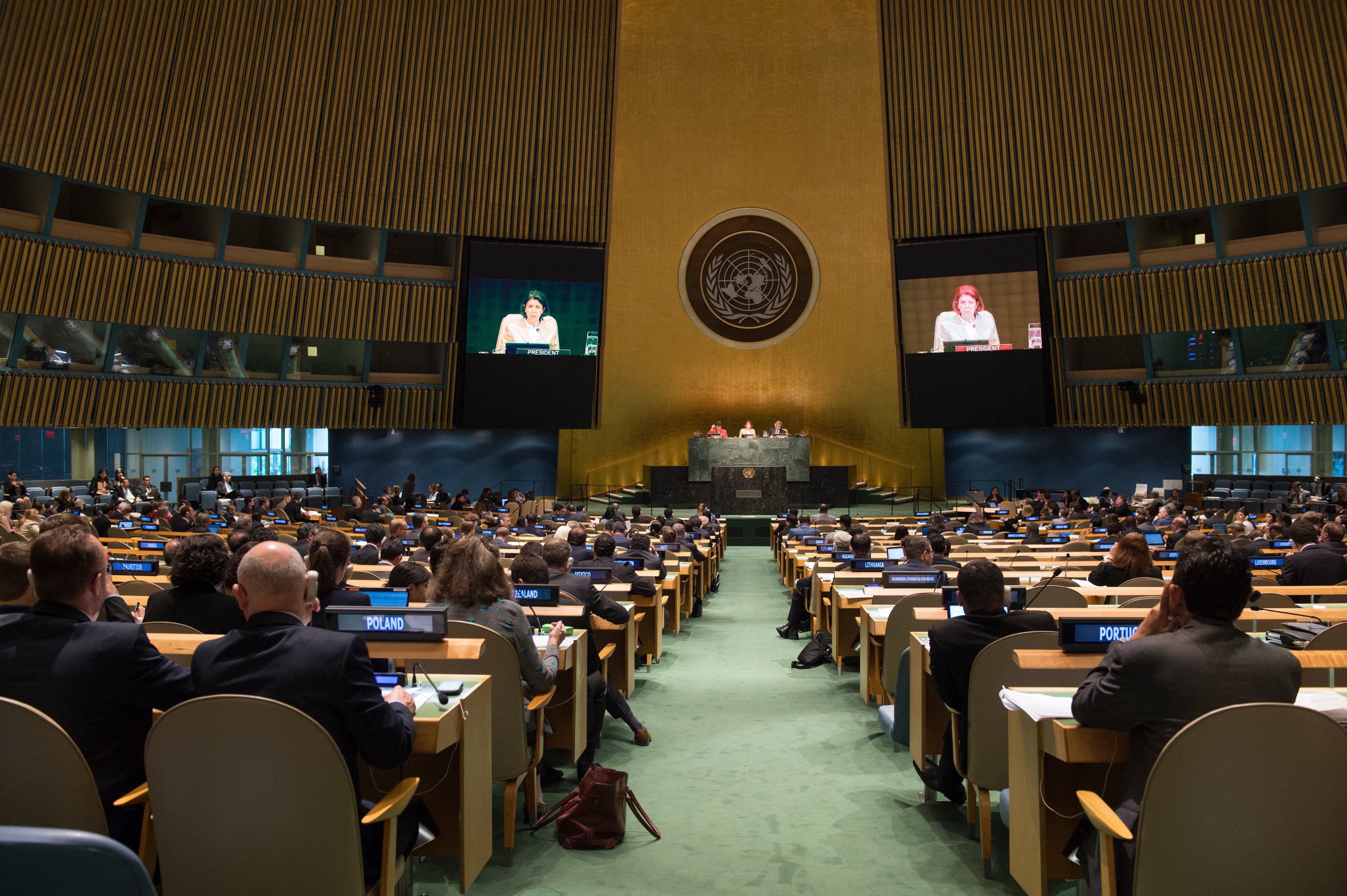 The talks, which may conclude by the end of the year, are not an all-in-one solution to address today’s growing array of nuclear weapons-related dangers. But a new nuclear weapons prohibition treaty could be a useful and timely contribution to the seven-decade long struggle to reduce the threats posed by the Bomb.

Although the world’s nuclear-armed states are boycotting the negotiations, this unprecedented new process could help to further delegitimize nuclear weapons and strengthen the legal and political norm against their use. This is a worthy goal that is consistent with the goal of a world without nuclear weapons and the requirement established by Article VI of the Nuclear Non-Proliferation Treaty (NPT), which requires all states to “pursue negotiations in good faith on effective measures relating to cessation of the nuclear arms race at an early date and to nuclear disarmament.”

Contrary to some skeptics’ beliefs, this process is not a distraction from other disarmament work, nor will it undermine the NPT. In fact, the strong support for negotiations on a ban treaty is a logical and constructive international response to the failure of key nuclear-armed states to fulfill key commitments made at the 2010 NPT Review Conference to further reduce the role and number of nuclear weapons.

Rather than get in the way of progress by lobbying against the negotiations, we call on U.S. President Trump and his administration to respect efforts by the world’s non-nuclear weapons majority to prohibit nuclear weapons and to reaffirm the United States' commitment to meet its NPT obligations and to continue to pursue the peace and security of a world without nuclear weapons.

The negotiators should seek a formula that is meaningful but also draws the widest possible support from states participating in the negotiation.

Achieving and maintaining a world without nuclear weapons requires bold and sustained action. The coming ban treaty negotiations are not an all-in-one solution, but do represent an important and new contribution.

1) A Both/And Approach: Next Steps on Disarmament and the Role of the Ban Treaty, Remarks by Daryl G. Kimball, at the “Global and Regional Nuclear Orders in a Moment of Geopolitical Uncertainty" Roundtable, March 16, 2017