(United Nations, New York)—Today, the Washington-based Arms Control Association commended action by the UN Security Council to bolster international support for the global norm against nuclear weapons testing and the 1996 Comprehensive Test Ban Treaty (CTBT), which opened for signature 20 years ago this week. 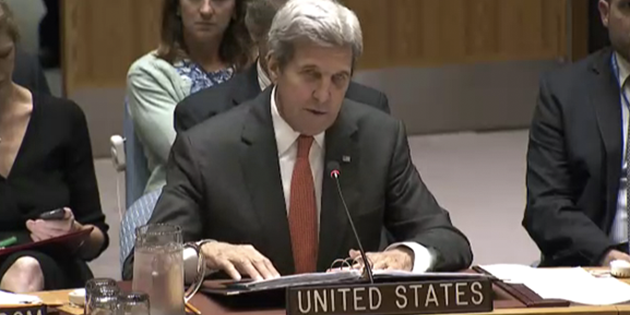 The test ban resolution also recognizes the important September 15 statement from the permanent five members of the council reaffirming their legal commitment as CTBT signatories not to take any action that would “defeat the object or purpose of the treaty,” which is to halt “any nuclear weapon test explosion and any other nuclear test explosion.”

"With this language, the resolution reaffirm the view of the international community that all 183 CTBT signatories have a legal obligation not to conduct nuclear test explosions. This is not a new obligation, nor is it a substitute for the ratifications necessary for CTBT entry into force, but it is a strong and timely reaffirmation of the global taboo against nuclear testing,” Kimball explained.

The initiative has been under discussion in diplomatic circles for several months and was formally advanced by the Obama administration in coordination with other council members, including the current president of the council, New Zealand.

The last of the United States’ 1,052 nuclear tests was in September 1992. President Bill Clinton was the first to sign the CTBT on September 24, 1996. Over the past two decades, 183 states have signed and 166 have ratified the treaty, and the CTBT has established a strong international norm against nuclear testing.

However, the CTBT has not yet entered into force because eight key states—China, Egypt, India, Iran, Israel, North Korea, Pakistan, and the United States, also known as the Annex 2 states—have failed to ratify.

“To finally close the door on nuclear testing and bring the CTBT into force, the United States must provide stronger leadership by reconsidering and ratifying the treaty,” Kimball said.

“Much has changed since the Senate last examined the CTBT in 1999 and rejected the treaty after a brief and highly partisan debate that centered on questions about the then-unproven stockpile stewardship program and the then-unfinished global test ban monitoring system,” noted Kimball, who has campaigned for the CTBT for more than a quarter-century.

“Today the global monitoring system can detect any militarily significant test explosion, and U.S. programs have proven effective in maintaining its nuclear arsenal without nuclear test explosions,” Kimball said. “The United States has no need to resume nuclear explosive testing and we must do everything we can to strongly discourage other states from resuming nuclear testing, which would create new nuclear dangers that threaten international peace and security,” he said.

“Before the Senate takes another vote, however, there should be an intensive educational and outreach effort to ensure that all senators carefully examine the most current information on the CTBT, get answers to their questions, and do not base their views on outdated information and misconceptions about nuclear testing or the test ban treaty,” Kimball cautioned. "But the process of reconsideration should begin—and soon—with the new president and Senate."

“Other hold-out states have good reason to act now on the CTBT,” Kimball added. “India and Pakistan, which are observing unilateral testing moratoria and want to be considered ‘responsible nuclear-armed states,’ would improve their standing and security by signing and ratifying the CTBT," he noted.

"Israel, which has signed and supports the treaty, and Iran, which has signed the CTBT, would both advance their security interests through ratification. Ratification by Iran and Egypt could further the goal of a Middle East nuclear-weapons-free zone," Kimball elaborated. "China has signed but not ratified the CTBT, though by doing so, Beijing’s leaders could put further pressure on North Korea to halt its nuclear testing, and spur Washington to finally reconsider and ratify the treaty,” he argued.

“We cannot afford to wait another 20 years for the CTBT to enter into force. Until it does, it is in every country’s interest to strengthen the taboo against nuclear testing and to fully support the work of the CTBT Organization in Vienna. This new Security Council resolution is an important and timely step in the right direction,” Kimball said.