– Amb. Thomas Hajnoczi
Chair, MTCR
May 19, 2021
Responses to Violations of the Norm Against Chemical Weapons

The use of chemical weapons throughout the eight-year conflict in Syria has challenged the international norm against the well-established chemical weapons ban and horrified the international community. Despite multiple UN reports confirming Syrian President Bashar al-Assad’s responsibility for sarin nerve agent and chlorine gas attacks, Assad has continued to use these terrifying weapons against his own people.

The international community has constructed a number of investigative bodies to uncover the facts of these atrocious crimes, but attribution and accountability gaps remain. In order to hold Assad accountable for his violation of international law in the future, investigations into responsibility for chemical weapons use must restart as soon as possible. 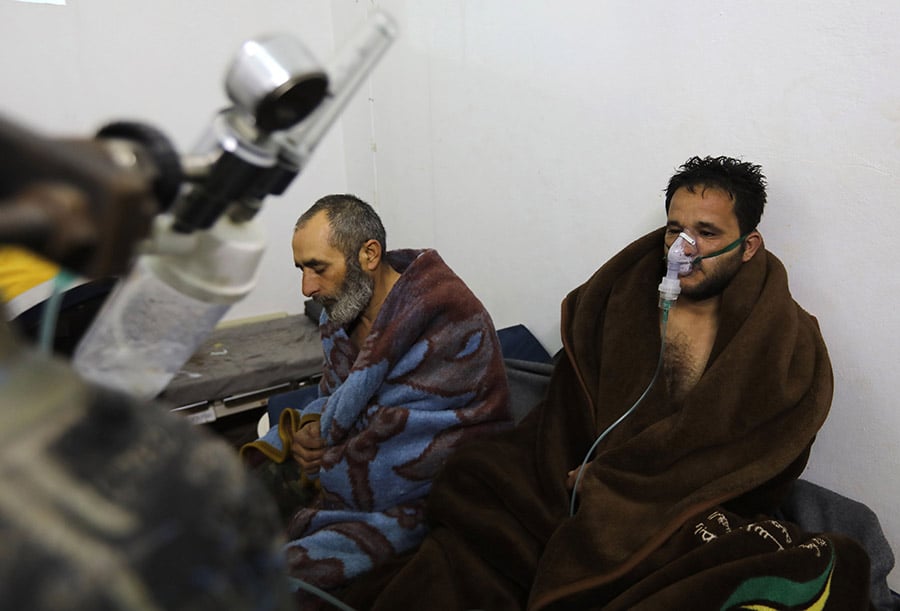 Chemical Weapons Use in Syria

Over the course of the horrific eight years of Syrian civil war, the government of Bashar al-Assad, his Russian allies, and extremist fighters have committed numerous war crimes. At least 500,000 people have died, and more than 10 million have been displaced.

Among the most heinous aspects of the war has been the repeated use of chemical weapons by the Assad regime beginning in late 2012, including the massive August 2013 sarin gas attack that killed more than 1,400 civilians in the Damascus suburb of Ghouta.

The Ghouta attack led the United States in August and September 2013 to threaten the use of force to try to destroy Assad’s chemical weapons arsenal.

This threat prompted Moscow to work with Washington to develop and compel Assad to accept an ambitious agreement mandating the verified removal and elimination of Syria’s arsenal of 1,308 metric tons of chemical agents, storage and production facilities and associated equipment under the auspices of the Organisation for the Prohibition of Chemical Weapons (OPCW).

The UN Security Council unanimously approved the OPCW timeline for destroying Syria’s chemical arsenal through Resolution 2118 and allowed for measures under Chapter VII of the UN Charter if Syria does not comply or otherwise violates the Chemical Weapons Convention (CWC).

The complex, multinational disposal operation was a major milestone that effectively eliminated the threat of further large-scale chemical weapons attacks by the Assad regime against the Syrian people and neighboring states.

Despite the success of that operation, smaller-scale but still deadly and terrifying chemical attacks by Assad have continued. The UN-OPCW Joint Investigative Mechanism (JIM) found the Syrian government responsible for numerous chemical weapons attacks, including in April 2014, March 2015, March 2016, and April 2017.

The JIM also confirmed that Assad has continued to drop barrel bombs filled with chlorine from Russian-supplied military helicopters on civilian areas, even identifying which helicopter flights,  air bases, and Syrian Army Air Squadrons (the 253rd and 255th) were involved. It also determined that the Islamic State was responsible for chemical weapons attacks involving mustard agents in August 2015 and September 2016.

Reports of chemical weapons use in Syria continue to surface.

Although less destructive and deadly than sarin nerve agent, Assad’s industrial chlorine barrel bomb attacks violate the CWC and are war crimes. These are the first-ever documented cases that a CWC member state has used chemical weapons.

This serious matter concerns all states and requires a strong and unified international response from the UN Security Council and the 193 states-parties of the OPCW.

Unfortunately, Russia has tried to shield the Syrian regime from tougher UN sanctions and accountability. In late 2017, after the sarin attack on civilians in Khan Sheikhoun launched by Syrian aircraft, Russia used its Security Council veto to block the UN from maintaining the JIM.

With that veto, the mechanism’s mandate expired and it ceased to exist. Russia claimed to be upset about the “unprofessional” manner in which inspections were conducted, but in reality, it was dissatisfied with the body’s conclusions that its ally, Syria, was guilty of violating international law.

Toward a Stronger International Response

An inadequate international response to the use of chemical weapons by the Syrian regime will only increase the risk that some of the world’s most dangerous, indiscriminate, and inhumane weapons will be used to commit atrocities in the future, erode the integrity of the CWC, and undermine the authority of the Security Council.

Other states have tried to overcome the obstacles to identifying those responsible so they can be held accountable. They also continue to press Syrian government officials to fill the gaps in their 2013 official declaration to the OPCW in order to ensure that Syria fully eliminates its chemical warfare capacity, including any further production of barrel bombs.

In January 2018, the French government established the International Partnership against Impunity for the Use of Chemical Weapons, an association of 38 countries and international organizations. Its purpose is to supplement the international mechanisms to combat the use of chemical weapons. This intergovernmental initiative is a forum for cooperation on the issue of impunity for the perpetrators of chemical attacks worldwide. Participating states have committed to:

In June 2018, after additional attempts by UN Security Council members to establish another mechanism to attribute responsibility for chemical weapons attacks failed, a special session of CWC states-parties voted to give the OPCW the mandate to assign blame for such violations of the Convention.

The new Investigation and Identification Team that is now being put together by the OPCW secretariat should promptly work to identify those responsible for violating international norms by the continued use of chemical weapons in Syria.

Preventing the erosion of the global taboo against chemical weapons use—not to mention the  use of weapons of mass destruction more broadly—is a core U.S. and international security interest. The international community must act decisively and with unanimity to preserve these norms and to better protect civilians caught up in the conflict in Syria and elsewhere in the years ahead. —ALICIA SANDERS-ZAKRE, research assistant, and DARYL KIMBALL, executive director.