Relations between Russia and the West have sunk to an historic low. Since President Vladimir Putin’s decision to annex Crimea and foment a low-level conflict in eastern Ukraine nearly three years ago, tensions between the United States and Russia have worsened across a range of issues, some new and some old. 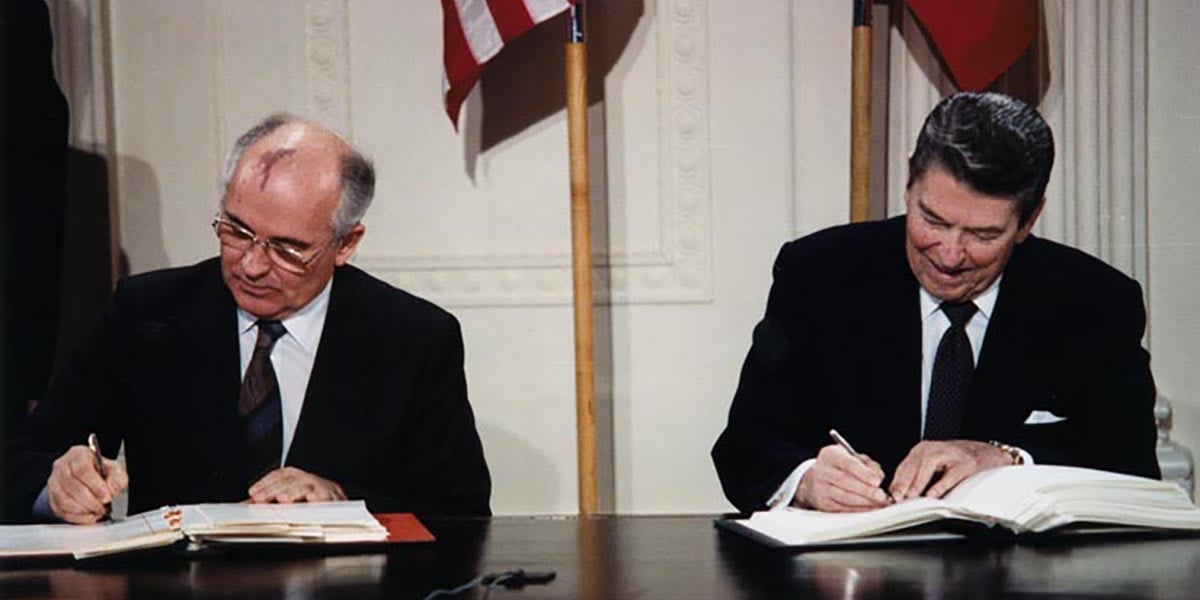 The INF Treaty was a major breakthrough that helped to halt and reverse the Cold War-era nuclear arms race and remove a significant threat to Europe. It marked the first time the superpowers had agreed to actually eliminate nuclear weapons and utilize extensive on-site inspections for verification. The treaty, which is of unlimited duration, required both sides to eliminate and permanently forswear all of their nuclear and conventional ground-launched ballistic and cruise missiles with ranges of 500 to 5,500 kilometers. The two sides eliminated 2,692 short, medium, and intermediate-range nuclear-armed missiles by 1991.

There are growing signs, however, that the INF Treaty is under serious and increasing stress. Failure to resolve the festering compliance dispute could threaten the treaty and impede further efforts to reduce bloated U.S. and Russia nuclear arsenals in the years ahead.

In July 2014, the U.S. State Department officially alleged that Russia is violating its INF Treaty obligations “not to possess, produce, or flight-test” a ground-launched cruise missile (GLCM) with a range of 500 to 5,500 kilometers or “to possess or produce launchers of such missiles.”

Russia denies that it is breaching the INF Treaty. The Russian Foreign Ministry said in December that the allegations are “groundless” and the United States has “not provided any proof” that Russia is “allegedly producing and deploying” banned missiles.

Moscow has instead raised its own concerns about Washington’s compliance with the agreement, charging that America is placing a missile defense launch system in Europe that can also be used to fire cruise missiles, using targets for missile defense tests with similar characteristics to treaty-prohibited intermediate-range missiles, and making armed drones that are equivalent to ground-launched cruise missiles.

To this point, bilateral political discussions at senior levels have not led to a resolution of the compliance dispute. Neither side had sought to use the dispute resolution mechanism allowed for by Article VIII of the treaty – the Special Verification Commission (SVC).

Until at least January of this year, senior Defense and State department officials said that Russia had not deployed the prohibited missile.

But according to an Oct. 19 The New York Times report, “American officials are now expressing concerns that Russia is producing more missiles than are needed to sustain a flight-test program, spurring fears that the Kremlin is moving to build a force that could ultimately be deployed.”

The report also revealed that the United States has called for a meeting of the SVC to discuss and seek to resolve the U.S. compliance concerns. The U.S. State Department has since confirmed that a meeting has been requested and Russia has indicated that it plans to attend.

Both sides could be facing a new and even more difficult situation if they do not effectively use the SVC to bolster the INF Treaty.

Convening the SVC to resolve mutual compliance concerns has been a longstanding recommendation of the Arms Control Association, as well as expert colleagues involved with the 21-member U.S.-Russian-German Deep Cuts Commission, and others.

Russia’s alleged noncompliance with the treaty is a serious matter that deserves a strong and measured response. To date, the United States has imposed diplomatic costs on Russia and has taken some military measures as part of a larger response to concerns about Russian behavior, including the INF Treaty violation.

Washington has properly treated the violation more as a political problem rather than a military one. But that would likely change if Russia moved from testing to actual deployment of INF Treaty noncompliant missiles. 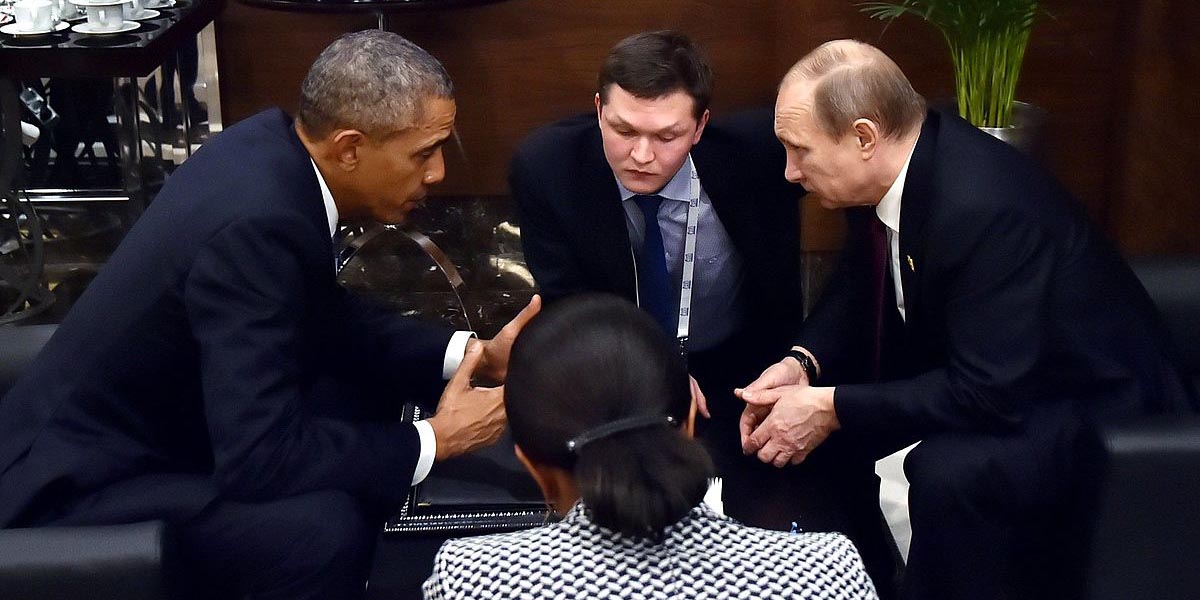 If it hasn't done so already, the Obama administration should craft a plan for how the compliance concerns of both sides could be addressed in the event Russia engaged and signaled its willingness to return to compliance. This could include consideration of additional confidence-building measure and information exchanges that take into account technological and political developments that have occurred since the treaty’s entry into force.

From a U.S. and European security perspective, the key goal is to prevent Russia from deploying (or conducting further tests of) INF Treaty-prohibited missiles or withdrawing from the agreement entirely.

Meanwhile, the United States should seek new ways to provide further details about the nature of the Russian violation. The inability to share more information has made it easier for Russia to deny a violation exists and harder for U.S. allies and other countries to put additional pressure on Russia.

Both sides should understand and explain why the INF Treaty and the existing bilateral and multilateral arms control architecture continues to serve U.S., Russian, and European security interests and head-off even more dangerous military competition.

Without continued U.S. support for arms control agreements and other types of cooperative nonproliferation engagement, Russian forces would be unconstrained. Not only would the United States have little leverage or basis to constrain Russian forces other than military and economic measures, it would not have verification measures in place to assess what Russia is doing. Overall, the implementation record of these treaties has been highly successful, which is why presidents from both parties have pursued them.

If Russia continues to remain in noncompliance with the INF Treaty and especially if Russia decides to deploy noncompliant missiles or threatens to pull out of the treaty, the United States should pursue firm but measured steps to reaffirm its commitment to the defense of those allies that would be the potential targets of these new missiles.

But it would not be militarily useful for the United States to deploy new offense missiles in Europe or seek to accelerate or expand U.S. ballistic missile defense capabilities in Europe, which would not increase the security of our allies and would only give the Russians a cynical excuse to withdraw from the treaty.

The current INF Treaty crisis comes at a time when the United States and Russia are building new nuclear and conventional cruise missile systems and a number of states are developing cruise missiles. In addition, the two sides are not currently engaged in talks on further strategic nuclear reductions beyond New START. Russian officials say that U.S. and Russian reductions must take into account the arsenals of the world’s other nuclear-armed states.

In years past, the United States and Russia have both expressed support for “multilateralizing” the INF Treaty, but have devoted scant attention to such a project. In October 2007, President Vladimir Putin said that the INF Treaty should be made “global in scope.” Russia has argued for years that the INF Treaty disadvantages Russia vis-à-vis its neighbors, such as China, that lack the same constraints.

That same year, at the United Nations General Assembly, Russia and the United States issued a joint statement reaffirming their support for the INF Treaty and calling upon other governments to renounce and eliminate their ground-launched missiles with ranges banned by the accord. The statement declared U.S. and Russian intentions to “work with all interested countries” and “discuss the possibility of imparting a global character to this important regime.”

The time has arrived for more serious consideration of limits on nuclear-armed cruise missiles worldwide. Given that they are nuclear-capable and increasingly accurate and stealthy, these weapons pose a significant problem for global stability and security.

In the coming year, the Kremlin and the new U.S. presidential administration might explore several possible options, including:

Given that each country deploys far more nuclear weapons than is necessary to deter attack, they should be able to envision reductions to a level of 500 deployed strategic delivery vehicles (including cruise missiles) and no more than 1,000 deployed strategic warheads. To take into account cruise missiles and sub-strategic nuclear bombs in the active arsenals of both sides, they should consider applying any new warhead ceiling to all types of nuclear weapons.

As was the case during the Cold War, competition, confrontation, and selective cooperation is the new normal.

The U.S. and Russian governments continue to cooperate in some important areas of common concern, including implementation of the 2015 Iran nuclear deal and New START, and they continue to meet with the other permanent nuclear-armed members of the UN Security Council to share views on strategic stability and nuclear policy. 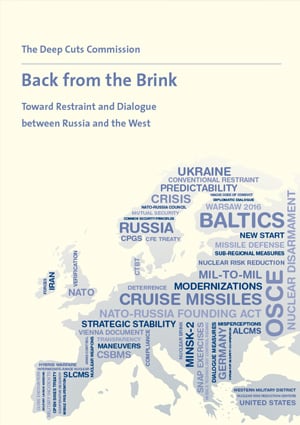 The NATO-Russia Council and the Organization for Security and Cooperation in Europe (OSCE), which involves 57 participating states in the area from Vancouver to Vladivostok, serves as another mechanism to address specific security concerns.

However, since the conflict in Ukraine the number of Russian and NATO military-to-military incidents in the Baltic region and elsewhere has increased; military-to-military contacts have been sharply curtailed; and there are no active bilateral talks on nuclear arms reductions, missile defense, or conventional arms control and transparency in Europe. Earlier this month, Putin suspended implementation of an already troubled U.S.-Russian agreement on the disposition of excess weapons-grade plutonium.

In addition, U.S. and Russian diplomats have in recent weeks clashed over Syria policy at the UN Security Council. The United States and Western European powers say that Russia’s brutal aerial bombardment of civilian areas in the besieged city of Aleppo in support of Syrian strongman Bashar al-Assad constitutes a war crime. Making matters even worse, U.S. intelligence agencies have assessed that Russian government authorities have authorized cyber hacking of U.S. entities to undermine the credibility of the U.S. electoral process.

The United States and Russia need to re-engage and move back from the brink of even more serious conflict. The 2016 report of the Deep Cuts Commission “Toward Restraint and Dialogue Between Russia and the West,” outlines several additional practical steps to help address other issues:

As former U.S. Secretary of Defense William Perry wrote in the introduction to the 2016 Deep Cuts Commission report:

“Today, dialogue and restraint are needed more than ever since the end of the Cold War. In order to prevent misperceptions, miscalculations, and the potential return of a costly arms race, both Washington and Moscow have to rediscover the instruments of diplomatic dialogue, military-to-military exchanges, and verifiable arms control.”

Such an effort can begin with a serious, problem-solving approach to the INF Treaty. –BY DARYL G. KIMBALL, with KINGSTON A. REIF and ALICIA SANDERS-ZAKRE