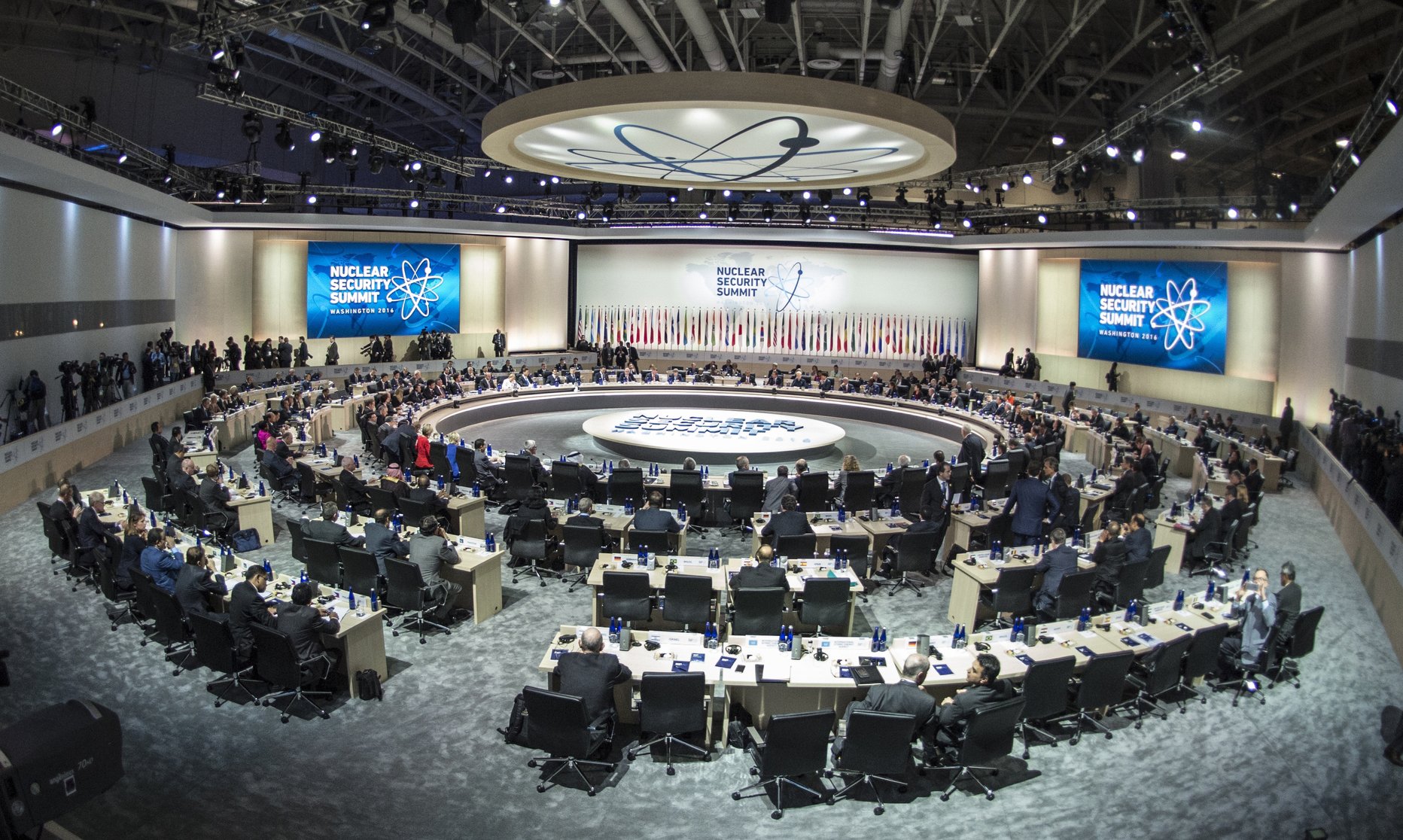 Each summit produced a consensus communiqué that reaffirmed the broad goals of the summit process and encouraged states to take actions, such as ratifying key treaties or minimizing stockpiles of weapons-usable materials. These voluntary, caveated recommendations were enhanced by individual state-specific commitments made at each summit. These pledges, known as “house gifts,” included actions such as repatriating weapons-usable materials, holding trainings for nuclear security personnel, updating national laws and regulations, and taking steps to combat illicit trafficking. At each subsequent summit, states reported on the progress made toward fulfilling these commitments. All 53 participating states made national pledges at at least one summit.

Beginning at the 2012 summit in Seoul, groups of countries offered multinational commitments, known as “gift baskets” that targeted key areas of nuclear security. In 2012, 13 joint statements were offered. That number increased to 14 in 2014, with some gift baskets building off of 2012 statements and others targeting new areas. In 2016, states produced 21 gift baskets.

Of the 53 countries to participate in the 2012 summit, 48 participated in at least one joint statement in 2012.

At the last summit in 2016, countries agreed to five action plans for international organizations to take forward the work of the summits beyond their conclusion.

The first Nuclear Security Summit was held in Washington, D.C. from April 12-13, 2010. Forty-seven national delegations as well as the heads of the United Nations, the International Atomic Energy Agency (IAEA) and the European Union attended. With 38 of the 47 participating countries represented at the head of state or head of government level, the gathering was the largest of its kind hosted by a U.S. President since 1945.

The summit produced the first of four communiqués, the summit’s only work plan, and the first national commitments or house gifts.

The Work Plan lays out the specific steps for realizing the goals of the Communiqué, including ratification and implementation of international treaties; support for Security Council Resolution 1540; conversion of civilian facilities from HEU to non-weapons-useable materials; research on new nuclear fuels; detection methods and forensic technologies; development of corporate and institutional cultures that prioritize nuclear security; education and training; and joint exercises among law enforcement and customs officials to enhance nuclear detection opportunities.

Thirty countries announced 67 specific measures they planned to implement to support the goals of the summit. Prior to the 2012 Seoul summit, approximately 80 percent of these commitments were completed. For an accounting of the implementation of the 2010 national commitments, see: The Nuclear Security Summit: Assessment of National Commitments, March 2012.

Some of the national commitments include:

From March 26-27, 2012, 53 heads of state along with representatives from the UN, IAEA, EU and INTERPOL gathered for the second nuclear security summit in Seoul, South Korea. Participating countries included the 47 countries that attended the 2010 Nuclear Security Summit plus Azerbaijan, Denmark, Gabon, Hungary, Lithuania, and Romania.

The scope of the 2012 agenda was expanded to include discussions on the security of radiological sources and the interface between nuclear security and safety, a concern highlighted by the March 2011 nuclear disaster in Fukushima, Japan.

For a report on progress on these commitments, see: The Nuclear Security Summit: Progress Report, July 2013.

On March 24-25, 2014, all 53 countries and four international organizations who met in 2012 reconvened for the third nuclear security summit in the Hague, Netherlands.

The Netherlands laid out several goals for the summit, including; reducing stockpiles of nuclear materials, improving the security of nuclear and radioactive sources, increasing coordination with the nuclear industry, and improving international cooperation.

Leaders also participated in a scenario-based policy exercise, during which they had the opportunity to think through responses to a radioactive device, and held a discussion on the future of the summit process.

For more information on these commitments see: The Nuclear Security Summit: Assessment of Joint Statements, March 2014.

For a report on progress on these commitments see: The Nuclear Security Summit: Progress Report on Joint Statements, March 2015.

The fourth and final summit took place in Washington, D.C. from March 31-April 1, 2016. Of the 53 states and four international organizations that attended the 2012 and 2014 summits, all attended except Russia.

For more information, see The Nuclear Security Summit: Accomplishments of the Process, March 2016.

Gift Baskets continued to build on proposals from previous years. For a complete list of 2016 Gift Baskets, see here. Proposals unique to 2016 are listed below.

The final nuclear security summit established five action plans for international organizations to take forward the work of the summits.