Under Article III of the 1968 nuclear Nonproliferation Treaty (NPT), all non-nuclear weapons states-parties are required to conclude a safeguards agreement with the International Atomic Energy Agency (IAEA), known as a Comprehensive Safeguards Agreement (CSA or INFCIRC/153 corrected). Given the near-universal membership in the NPT, safeguards are now widespread.

The Comprehensive Safeguards Agreement (CSA) is required for non-nuclear weapon states under the NPT and is an option for non-NPT members. In concluding a CSA with the IAEA, states must declare the type and quantity of material subject to safeguards in an initial report. The IAEA verifies that a state’s declaration of nuclear material is correct and complete. A CSA also gives the IAEA the authority to independently verify that all nuclear material in the territory or jurisdictional control of a state is not diverted for nuclear weapons or explosives purposes and that nuclear facilities are not misused.

According to the IAEA, there are 175 states with Comprehensive Safeguards Agreements, as of September 2019. Each year the IAEA reports on safeguards implementation to the agency’s Board of Governors, which is comprised of IAEA member states.

Modified Code 3.1 requires countries to submit design information for new nuclear facilities to the IAEA as soon as the decision is made to construct, or authorize construction, of the facility. Modified Code 3.1 was introduced in the early 1990s to replace the 1976 code, which only required states to inform the IAEA of new facilities not later than 180 days after the beginning of its construction. States that implement Modified Code 3.1 provide the IAEA with additional time to respond to a state’s expansion of its nuclear program and to adjust safeguard agreements as needed. 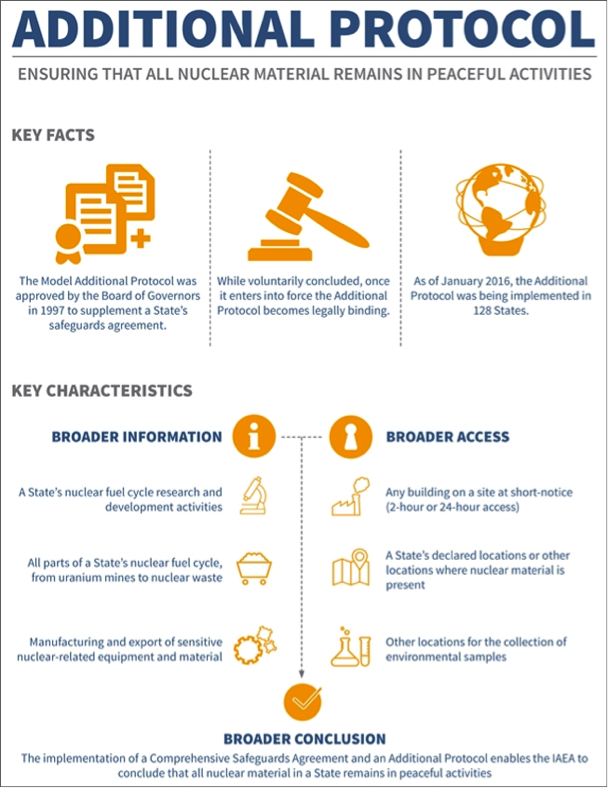