“It will take all of us working together – government officials, and diplomats, academic experts, and scientists, activists, and organizers – to come up with new and innovative approaches to strengthen transparency and predictability, reduce risk, and forge the next generation of arms control agreements.”
– Wendy Sherman
U.S. Deputy Secretary of State
June 2, 2022
Statement by Daryl G. Kimball on Challenges on Disarmament and Opportunities for Progress

Political and Security Challenges on Disarmament
—and Opportunities to Achieve Progress

Mission of the Government of Canada in Geneva, April 18, 2016

Under Article VI of the nuclear Nonproliferation Treaty (NPT), each of the parties, including the nuclear-weapon-state parties, “undertakes to pursue negotiations in good faith on effective measures relating to cessation of the nuclear arms race at an early date and to nuclear disarmament.”

In its 1996 advisory opinion, the International Court of Justice (ICJ) found that the threat and use of nuclear weapons was generally illegal, but it could not decide whether this illegality applied “in an extreme circumstance of self-defense in which the very survival of a State would be at stake.” Three judges dissented from that ruling, arguing that nuclear weapons were illegal in all circumstances. In its 1996 opinion, the ICJ also concluded unanimously that the disarmament obligation is not limited to NPT parties.

But today, and contrary to these legal obligations, progress on nuclear disarmament is at a standstill, and the risk of unbridled nuclear competition is growing.1 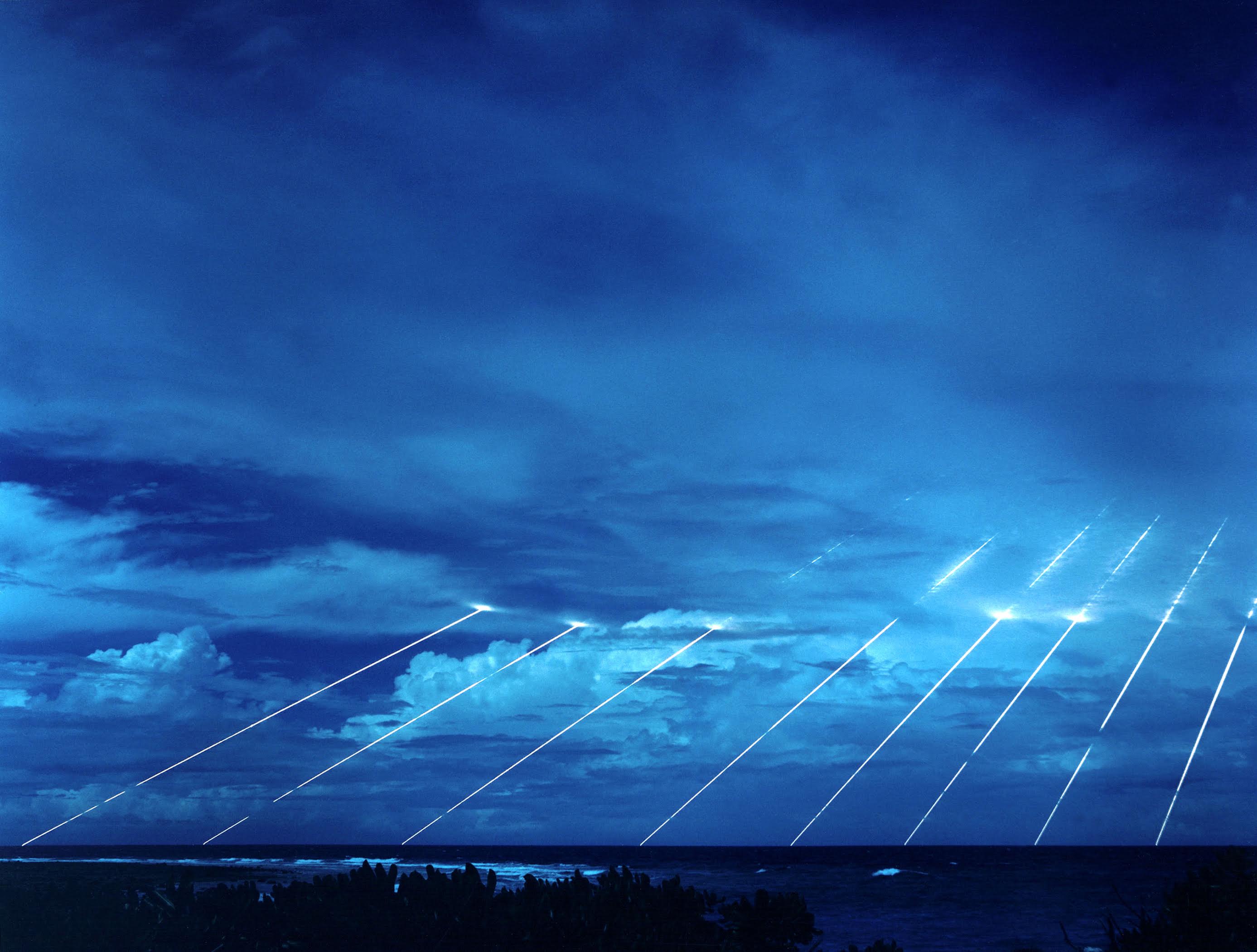 As the delegations here at the Conference on Disarmament (CD) and the Open-Ended Working Group (OEWG) on Disarmament realize, there are still no legally-binding restrictions on the nuclear buildups of world’s four non-NPT nuclear-armed states, and are currently no active bilateral or multilateral negotiations to further regulate, cap, or reduce the stockpiles of any of the world’s five original nuclear-armed states.

Worse still, key treaties like the Comprehensive Test Ban Treaty (CTBT) have not yet entered into force due to political divisions in Washington and inaction by seven other Annex 2 states, leaving the door to renewed nuclear weapons testing ajar twenty years after the Conference on Disarmament completed its negotiation and the treaty was opened for signature.

In addition to the tensions between key nuclear-armed states, the biggest challenge to the disarmament enterprise is the fact that all of the world’s nine nuclear-weapon states are, to varying degrees or another, devoting vast sums of money to modernize, upgrade, and in some cases expand the size and lethality of their nuclear arsenals and delivery systems.

Although there is abundant evidence that even a “limited” exchange of nuclear weapons would result in a catastrophic humanitarian catastrophe—and in the view of many would violate the principles contained in the Law of War and be contrary to widespread interpretations of International Humanitarian Law—each of the nuclear-armed states continue to reaffirm the importance of such weapons for their security and maintain plans for the use of these weapons in a conflict.

Undoubtedly, renewed tensions between Moscow and Washington are blocking progress on nuclear disarmament. The United States and Russia have a special responsibility to provide leadership to further reduce the role and number of nuclear weapons, but they are not doing so.

Yet progress on further nuclear cuts is on hold. As President Obama recently acknowledged and the Russian [Ministry of Foreign Affairs] MFA confirmed, new negotiations on further nuclear disarmament beyond [the New Strategic Arms Reduction Treaty] New START are unlikely any time soon.

Russian leaders cite concerns about limited but unconstrained U.S. ballistic missile interceptors, NATO conventional military capabilities, and third-country nuclear arsenals, as reason for rejecting the June 2013 U.S. proposal for a further one-third reduction in each side’s strategic nuclear forces. But Russia has failed to put forward a counterproposal and has rejected U.S. offers to discuss the full range of strategic issues.

Complicating matters, Russia also has tested ground-based cruise missiles in violation of the 1987 Intermediate-Range Nuclear Forces (INF) Treaty. U.S. and Russian officials say they are interested in discussing the issue, but the matter remains unresolved. So long as it does, the prospects for negotiation of a follow-on agreement to New START are low.

Making matters even worse, Russian officials have begun to highlight their nuclear forces as a deterrent against what they see as increasingly threatening U.S. and NATO conventional military capabilities. Late last year, Russia “leaked” plans for a new nuclear-armed underwater torpedo, implying it is eyeing new types of nuclear weapons.

Now, in a troubling shift of rhetoric, the Defense Department has unwisely begun to frame its unaffordable, all-of-the-above plan for replacing and upgrading U.S. strategic bombers, nuclear-armed cruise missiles, and land- and sea-based strategic nuclear forces as part of its strategy to “counter Russia’s aggressive policies in Eastern Europe,” according its fiscal year 2017 budget request.

In reality, U.S. nuclear weapons, including the remaining forward-deployed tactical nuclear weapons are irrelevant to the protection of nervous NATO allies in the Baltics and elsewhere.

Obama and his successor, along with Russian President Vladimir Putin, have a responsibility to pull back from a nuclear action-reaction cycle that would put both countries at greater risk and block further nuclear reductions for many more years to come.

Meanwhile, as the U.S. and Russian tensions and arsenals attract most international attention, China, India, and Pakistan are all pursuing new ballistic missile, cruise missile, and sea-based nuclear delivery systems3 themselves and increasing the size of their warhead stockpiles or their capacity to produce material to make more weapons.

Although smaller in number, these arsenals are just as dangerous. Pakistan has lowered the threshold for nuclear weapons use in a potential conflict with India by developing tactical nuclear weapons capabilities to counter perceived Indian conventional military threats.

Pakistan’s stated concern about India’s larger fissile stocks has led it to block negotiations on a fissile material cut-off treaty, even though the United States has recently opened the possibility of changing the mandate to address fissile stocks4.

For its part, India says it would support fissile cut-off talks, but it appears to be expanding its fissile material production capacity as the CD remains deadlocked.

Leaders in Beijing, New Delhi, and Islamabad profess support for nondiscriminatory approaches to disarmament and minimal deterrence, but their programs are moving in the opposite direction and there is little or no dialogue among them, and with others, on nuclear risk reduction options.

Chinese officials suggest they will not consider limits on their nuclear arsenal unless there are additional, deeper U.S. and Russian nuclear weapons cuts.

Although North Korea may be under tighter and tighter international sanctions, its nuclear weapons and ballistic programs remain unconstrained. With further nuclear and ballistic missile tests, it will likely have missile-deliverable nuclear warheads.

Israel’s nuclear opacity and the inability of the Arab League to find a way to agree on an agenda acceptable to Israel for a meeting Middle East Nuclear WMD Free Zone Treaty has frozen discussion of practical measures to reduce nuclear and missile dangers in that region.

Another challenge is the relatively low-level of public and policy-maker awareness about the dangers of renewed nuclear competition and the consequences of nuclear weapons use is relatively low in the United States—and perhaps elsewhere.

While there is support among Democrats in Congress for efforts to further cut U.S. and Russian arsenals, there is strong skepticism among Republicans in Congress about any further nuclear reductions, and even though the U.S. Defense Department acknowledges that it cannot afford its costly, all-of-the-above plan to replace each component of the U.S. nuclear arsenal5, for the time being there is bipartisan support for most U.S. nuclear weapons modernization programs.

Obviously, these are very challenging conditions. These difficulties are reflected in the inability to achieve consensus here in Geneva at the CD and in the failure of the nuclear weapon states to meet key 2010 NPT Review Conference commitments and the inability of the states parties at the 2015 NPT Review Conference to agree on an updated action plan on disarmament.

Frustrated by the slow pace of the so-called “step-by-step approach” to disarmament, many non-nuclear-weapon states have tried to catalyze progress through the humanitarian consequences initiative. The effort has helped raise awareness once again about the unique destructive power of nuclear weapons and the dubious legal and moral basis for their possession and use.

But that initiative and the open-ended working group to discuss possible measures “to fill the legal gap for the prohibition and elimination of nuclear weapons" has not yet produced a unified, realistic diplomatic proposal for halting nuclear competition or starting multilateral disarmament talks.

There is no substitute for serious dialogue, the political will and support to achieve results, and international and domestic pressure to achieve meaningful results.

Simply repeating calls for action are not sufficient. Creative, practical ideas are needed to overcome persistent obstacles and new challenges.

It does not appear to me that there is any one initiative that can overcome these broader systemic challenges that impede progress on disarmament.

Rather, it will likely take the pursuit of multiple, practical, and sometimes bold, initiatives on the part of responsible leaders and groups of states.

So, what options might states participating in the OEWG and the CD pursue to jumpstart progress? Allow me to briefly comment on a few that are in circulation here in Vienna and to offer a few others for your consideration.

In the coming months and years, creative, bold approaches will be needed to overcome old and new obstacles to the long-running effort to eliminate the potential for nuclear catastrophe.

2. “Nuclear Weapons Modernization: A Threat to the NPT?,” Hans M. Kristensen in Arms Control Today, May 2014.

6. The June 2013 Report on the Nuclear Weapons Employment Strategy of the United States claims that: [t]he new guidance makes clear that all plans must be consistent with the fundamental principles of the Law of Armed Conflict. Accordingly, plans will, for example, apply the principles of distinction and proportionality and seek to minimize collateral damage to civilian populations and civilian objects. The United States will not intentionally target civilian populations or civilian objects.”

7. Letter dated 19 February from the Permanent Representative of the United Kingdom of Great Britain and Northern Ireland to the Conference on Disarmament.

8. “Second Report of the Deep Cuts Commission: Strengthening Stability in Turbulent Times,” published by the Institute for Peace Research and Security Policy at the University of Hamburg, April 2015.