The Arms Control Association and Global Green International Invite You to the U.S. Premiere and Discussion of the New Film

By the award-winning documentarian Fabienne-Lips-Dumas

One hundred years ago this month, German forces launched the first major chemical weapons attack on the battlefields near Ypres, Belgium.

The new film, “Winds of Chemical Warfare,” traces the history and the human impact of chemical weapons; with a special focus on the 2013 Sarin gas attacks in Syria and the multinational operation to remove the Assad regime’s deadly chemical arsenal. 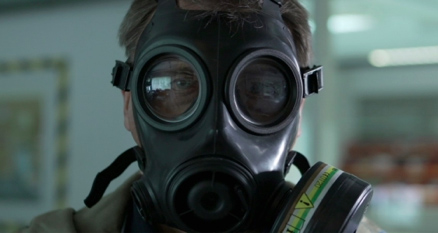 The screening will be followed by an informal discussion with the filmmaker and three of the world’s foremost experts on the subject:

To save your seat, please RSVP by April 27.

# # #
The Arms Control Association is an independent, membership-based organization dedicated to providing authoritative information and practical policy solutions to address the dangers posed by the world's most dangerous weapons.
Green Cross International (GCI), founded by Mikhail Gorbachev in 1993, is headquartered in Geneva, Switzerland with national affiliates in thirty other countries, including Washington D.C.  GCI responds to the combined challenges of security, poverty and environmental degradation to ensure a sustainable and secure future.
"Winds of Chemical Warfare" produced by SEPPIA Film & Domino Production with ARTE GEIE, RTBF, & YLE.

2022 Annual Meeting: Marking 50 Years of Accomplishments and Charting the Course for Challenges Ahead

Ten Years of Chemical Weapons Use in Syria: A Look Back and A Look Ahead