Director-General Ahmet Uzumcu of the Organization for the Prohibition of Chemical Weapons (OPCW), which implements and verifies the 1993 Chemical Weapons Convention (CWC), announced at the 48th Meeting of the OPCW Executive Council on January 21 that Myanmar, one of only six countries remaining outside of the Convention, had voted to ratify the treaty and would be submitting the instrument of ratification for Myanmar President Thein Sein’s signature and formal submission to the United Nations Secretary General as the CWC’s Depositary. 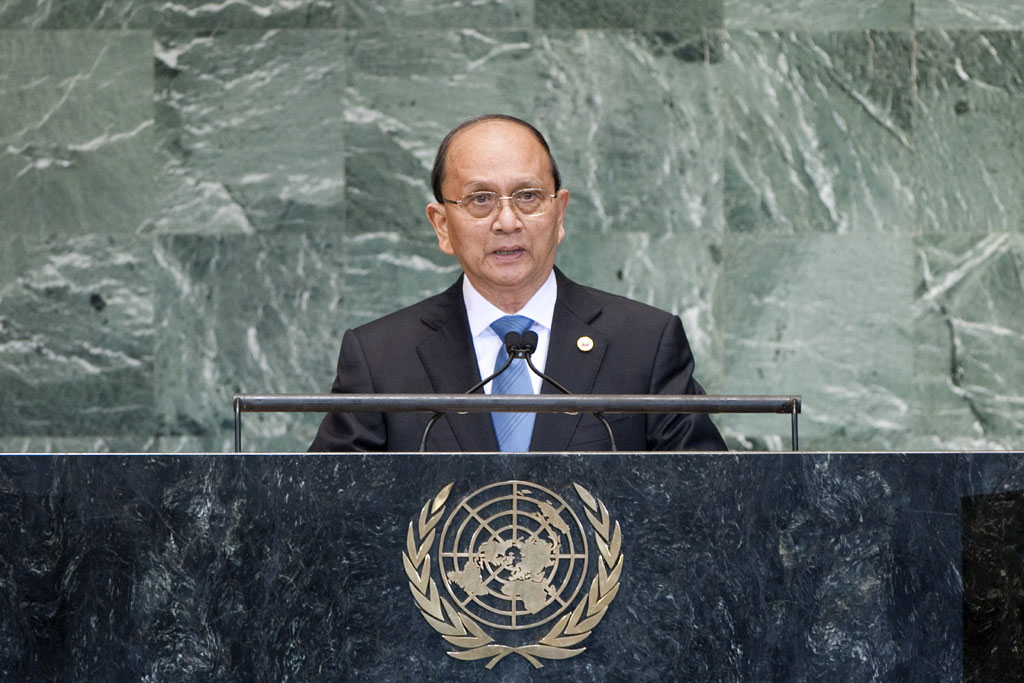 This long-awaited step by Myanmar is most welcome and further builds the universality of the comprehensive and global ban on chemical weapons.  Since the horrors of chemical weapons use were most recently and vividly demonstrated in the Syrian civil war over the past three years, no country may any longer even contemplate, let alone plan, for the use of chemical weapons in warfare. Syria’s accession in September 2013, and now Myanmar’s ratification, both contribute to pressure on the remaining five non-member countries to join the abolition regime as soon as possible.

Myanmar had signed the CWC on January 14, 1993, the day after the treaty was opened for signature in Paris, but this ratification makes it the 191st member state (“State Party”) of the chemical weapons abolition regime. The treaty will take effect for Myanmar a month after its formal submission, likely in late February or early March.

The CWC is currently the most global of all multilateral arms control regimes and has verified the elimination of over 61,000 metric tons of deadly chemical agents – about 85 per cent of declared chemical weapons stockpiles – in eight countries.  (See www.opcw.org.)  Russia, which declared 40,000 metric tons of chemical weapons agents at seven large stockpiles in 1997, still has the largest remaining tonnage, about 6,000 metric tons, which will be destroyed by 2020.  The United States, which declared 28,577 metric tons in 1997 at nine stockpiles, has two stockpiles remaining – Pueblo, Colorado with 2,369 metric tons and Blue Grass, Kentucky with 475 metric tons; the current U.S. schedule for CW destruction stretches out to 2023.  The other seven U.S. stockpiles were either incinerated or chemically neutralized between 1990, when the first prototype incinerator began operating on Johnston Atoll in the Pacific Ocean, and 2012 when the largest U.S. chemical weapons stockpile at Tooele, Utah was destroyed.

Amongst the other declared chemical weapons possessor countries, Albania, South Korea, and India all completed their destruction programs between 2007 and 2009; Syria’s stockpile destruction will be completed this year; Libya is working on eliminating about 850 metric tons of precursor chemicals; and Iraq still has two sealed bunkers with an unknown quantity of old chemicals.

Myanmar’s move this month leaves only five UN member states not party to the CWC. Angola, Egypt, North Korea and South Sudan have neither signed nor acceded to the treaty, while Israel has signed but not yet ratified it.  North Korea is known to possess a large chemical weapons arsenal, while both Israel and Egypt are suspected of having stockpiles.

Myanmar, formerly known as Burma, also ratified the 1972 Biological Weapons Convention (BWC) on December 1, 2014 to become the 171st State Party to the BWC.  The country appears to be in process of joining a number of global treaties and agreements.

This year also will recognize the 100th anniversary of the first major use of chemical weapons in warfare – by Germany with chlorine gas in the trench warfare of Ieper, Belgium on April 22, 1915.  The mayors of Ieper and Langemarck-Poelkapelle in Belgium are organizing an international conference in April to commemorate this important date, and to call for universality of the Chemical Weapons Convention.

The views expressed in this blog post are those of the author. They are not necessarily those of the Arms Control Association, its staff, or members of its Board of Directors. Paul Walker is director of environmental security and sustainability with Green Cross International. He holds a Ph.D. in international security studies from the Massachusetts Institute of Technology and is a former professional staff member for the U.S. House of Representatives Armed Services Committee. He was awarded the Right Livelihood Award in 2013 for his work to press for the elimination of chemical weapons. He serves on the Arms Control Association Board of Directors.