The Arms Control Association team remains in the thick of the debate over how and why the United States and Iran should return to compliance with the historic 2015 nuclear deal.

Since President Trump withdrew from the deal in 2018 and reimposed U.S. sanctions, Iran has retaliated by taking steps to ramp up its nuclear program and, in the process, has exceeded key limits set by the agreement.

Both governments say they want to return to compliance, but they have not yet agreed as to how. With each passing day, the window of opportunity to avert a renewed nuclear crisis is narrowing.

As I told the reformist Iranian newspaper Etemad last month, "The first priority of all parties should be to repair the damage to the JCPOA."

We continue to be at the forefront of the effort to underscore the nonproliferation value of restoring compliance with the agreement.

In January, ACA coordinated a joint statement endorsed by the world’s leading nonproliferation experts calling on both sides to do their part.

Our resources, including fact sheets, Issue Briefs, and our “P4+1 and Iran Nuclear Deal Alert” e-newsletter, which is read by ~8,000 subscribers, deliver dependable information and analysis. 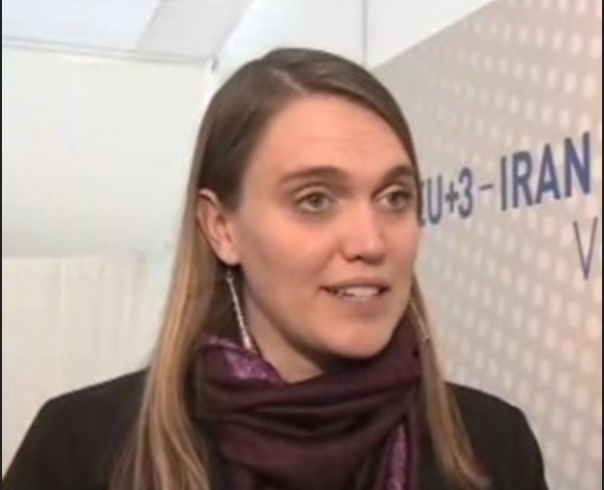 In addition, our team, led by Nonproliferation Policy Director Kelsey Davenport (at left) has been in communication with European diplomats, Iranian intermediaries, and top U.S. officials to discuss potential solutions and to press for bolder leadership.

We’ve also been providing advice and answering questions from many dozens of congressional offices in an effort to counter those who want to see a continuation of the Trump administration’s failed “maximum pressure” tactics.

As Kelsey and research associate Julia Masterson explain in a recent analysis, “there is no indication that Iran has resumed weaponization-related activities, but its breaches of the JCPOA are becoming increasingly more serious and difficult to fully reverse. It is critical we do not miss this window to restore the nonproliferation benefits of the JCPOA and use it as a platform for future diplomatic engagement.”

Look for the latest on the arduous path to restoring the Iran nuclear deal in the April issue of Arms Control Today later this week.

Please be safe and thanks for your support, 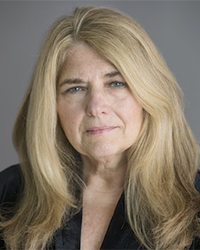 The Arms Control Association is very pleased and excited to announce that Carol Giacomo will become the chief editor of Arms Control Today April 1.

“Eager for the new adventure, new challenge of working with this respected organization!,” she tweeted upon the announcement of her appointment March 11.

"We are very excited and honored to have Carol join our team," says executive director Daryl Kimball. "She will bring a great deal of energy and professionalism, along with creative and insightful ideas, that will make Arms Control Today even better."

“We are also very grateful for the contributions of our outgoing editor Greg Webb, who joined ACA in 2018. Greg helped to diversify our author pool and helped us navigate through a particularly difficult period in the history of arms control and overcame the challenges of producing a monthly journal during the pandemic,” Kimball added.

As the Biden administration begins crafting its defense budget submission for fiscal year 2022, the debate about how it should handle the U.S. nuclear arsenal is heating up--in part due to the efforts of the Arms Control Association team.

The Trump administration added on to plans to replace the nuclear triad and its associated warheads with new types of weapons, more bomb-making infrastructure. Trump’s fiscal 2021 budget request of $44.5 billion was a 19 percent increase over the previous year.

President Joe Biden has a different view. During the campaign, he said the United States “does not need new nuclear weapons” and that his “administration [would]  work to maintain a strong, credible deterrent while reducing our reliance and excessive expenditure on nuclear weapons.”

Biden is right--which is why our team, led by director for disarmament policy Kingston Reif, are pressing Congress and the new administration to make significant changes to the nuclear weapons budget.

We’re actively making the case for the cancellation of Trump’s proposal for a new nuclear-armed, sea-launched cruise missile. The weapon, which is projected to cost at least $9 billion over the next decade, is destabilizing and unnecessary. We are also lobbying against the Trump proposal for an entirely new warhead, the W93, which would also be redundant and costly.

The biggest fight, however, is over whether to build a costly new missile, known as the “Ground-Based Strategic Deterrent” (GBSD). It would cost at least $264 billion over its 50-year-plus lifespan. 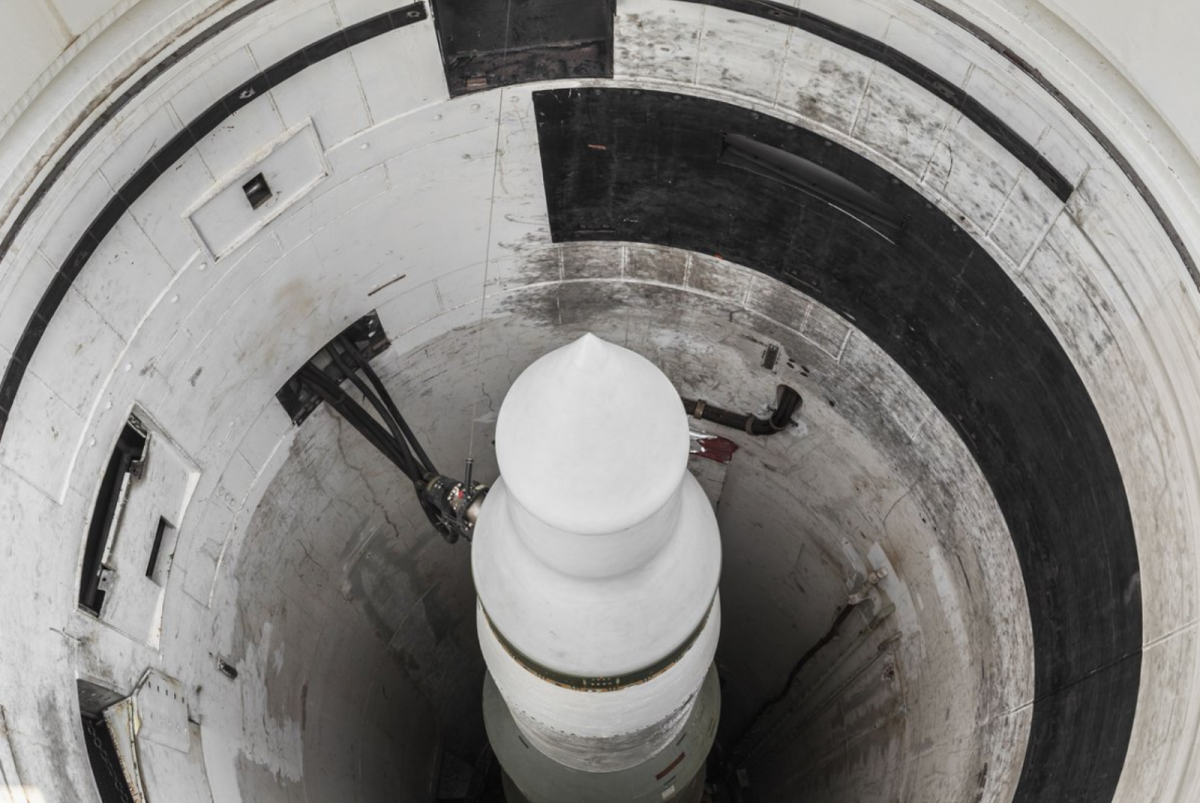 We are pressing for a freeze in funding for the system, which would save $1 billion this year alone.

The pause would allow the Biden administration time to consider alternatives, including extending the lifespan of the existing (or smaller) Minuteman III missile force. Large majorities of the U.S. public also oppose a new fleet of 400 new based intercontinental ballistic missiles.

Moving Us Back from the Nuclear Brink

Earlier this month, the Arms Control Association partnered with a broad coalition of grassroots organizations from across the United States for a special virtual event, “Ending Nuclear Weapons Before They End Us,” organized by the Back from the Brink Campaign and the International Campaign to Abolish Nuclear Weapons. 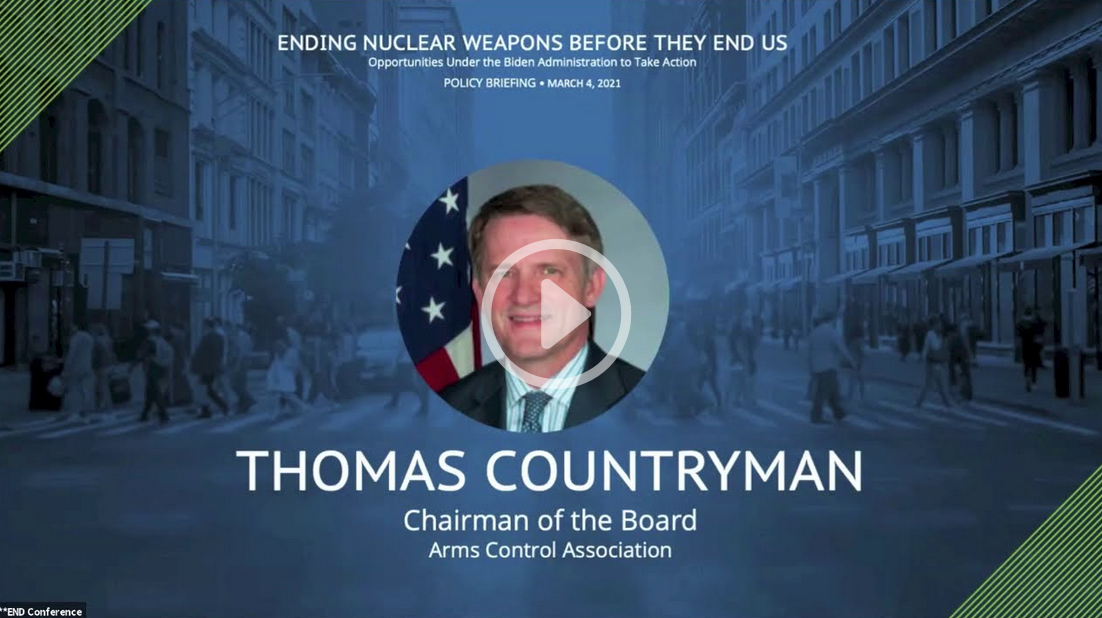 The full menu of archived speaker presentations and workshops from the event and related resources are available here.

Arms Control: the Next Generation

This year, the Arms Control Association is pleased to host Herbert J. Scoville Fellow Sang-Min Kim, who joined us in February. He is a recent graduate of University of California Berkeley and is working under the supervision of our nonproliferation policy director Kelsey Davenport, a former ACA Scoville Fellow. (ACA’s Kingston Reif [2008] and Daryl Kimball [1989-1990], are also Scoville Peace Fellows alumni.)

Since the inception of the Scoville Fellowship in 1987, established in honor of former ACA President Herbert Scoville Jr., the Arms Control Association has hosted and helped launch the careers of 12 fellows.

Our long-running internship program is also a training ground for the next generation of arms control gurus.

This winter we have been honored to have with us two part-time, paid interns: Chelsie Boodoo, a doctoral student at Michigan State University who is supporting our communications efforts; and Niko Adamopoulos, assisting with our policy and research work.

Forum on the Arms Trade Presses for Policy Reforms

The Arms Control Association is the fiscal sponsor of the Forum on the Arms Trade, directed by Jeff Abramson, Senior Fellow at the Arms Control Association The Forum is a network of civil society experts addressing the humanitarian, economic, and other implications of arms transfers, security assistance, and weapons use. With its wide-ranging global expertise, the Forum is a one-stop resource providing the latest information, analysis, and expert contacts.

Jeff and the Forum have been busy working on policy reforms since the start of the Biden Administration. For example, see this blog series on “looking ahead to 2021” and read Jeff’s March 9 opinion piece in The Hill, “A Gun Pledge Biden Can Easily Keep.”

Sign up here to receive weekly email updates from the Forum on the Arms Trade.

ACA: the “Think and Do-Tank”

In a recent grantee spotlight, the Ploughshares Fund described the Arms Control Association “as a credible and highly connected ‘think-and-do’ tank in the nuclear policy arena.”

ACA “plays a leadership role in … current policy campaigns and helps lay the groundwork for longer-term goals through analy¬sis, media outreach, and policymaker engagement. Journalists and policymakers look to ACA for information and perspective, and the organization offers critical leadership to the nuclear and international security community.”

Indeed we do. And our work depends on your support. Be a part of the solution by joining or renewing your membership or by making a special donation.

WEBINAR: “China, the U.S., and the Risk of Nuclear War”

Join us for a panel discussion on the risks of nuclear war arising from military tensions between the U.S. and China in the East and South China Seas and in the area around Taiwan, and what can be done. This discussion is sponsored by Back from the Brink of Western Massachusetts and the Committee for a Sane U.S.-China Policy.