Authored by Kelsey Davenport on June 8, 2020

The International Atomic Energy Agency’s (IAEA) June 5 report assessing Iran’s compliance with the 2015 nuclear deal noted that Tehran’s stockpile of low enriched uranium continues to increase beyond limits set by the accord, known as the Joint Comprehensive Plan of Action (JCPOA). 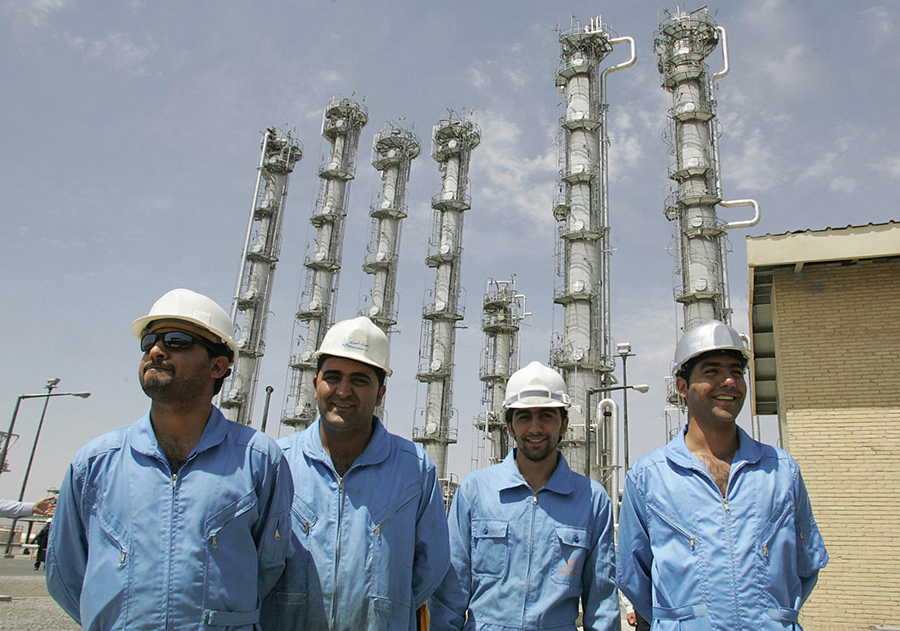 While the stockpile growth is concerning, the IAEA report states that Iran continues to comply with the JCPOA’s monitoring and verification measures, which provide assurance that if Tehran were to take further steps to violate the deal or dash toward a bomb, its activities would be quickly detected.

In short, Iran continues to transparently breach the nuclear deal to create leverage in response to the U.S. sanctions campaign and the failure of the remaining P4+1 parties (China, France, Germany, Russia, the United Kingdom, and the EU) to deliver meaningful economic relief. The breaches are troubling, but do not indicate a decision to pursue nuclear weapons and are quickly reversible should Iran decide to return to compliance with the JCPOA.

Setting aside the 483 kilograms of uranium enriched to less than 2 percent uranium-235, Tehran has produced about 1,088 kilograms of uranium enriched to between 2 and 4.5 percent, mostly in the form of UF6, which is enough reactor-grade material for one bomb. If Iran were to further enrich this material to weapons-grade using its IR-1 centrifuges currently installed and enriching at Natanz and Fordow, it would likely take at least 3-4 months to produce enough weapons-usable nuclear material for one bomb.

While this timeline is short in comparison with the 12-month breakout when the JCPOA was fully implemented, Iran does not appear to be making a “dash” to try to acquire a nuclear weapon and the IAEA has said there is no evidence that Iran is diverting nuclear material for covert purposes. Even if Iran did decide to pursue nuclear weapons, further time would be needed to weaponize the material and any move by Iran to enrich to higher levels would be quickly detected by the IAEA.

Also, while it is clear that Iran undertook activities in the past related to developing a nuclear explosive device, Tehran has not verified its design with a nuclear test, and it is unlikely that Tehran would “breakout” to produce only one bomb. So, while the increase in the stockpile of low enriched uranium is concerning, it is not yet an urgent proliferation risk and there remains time to restore full compliance with the JCPOA.

The report also noted that Iran has not taken steps to act on its Jan. 5 announcement that the country’s nuclear program would no longer be “subject to any restrictions” and that there have been no changes to JCPOA-related monitoring and verification activities. The IAEA “maintained its verification and monitoring activities” during the Covid-19 crisis, according to the report.

According to the IAEA report, Iran continues to breach:

Iran is still abiding by some provisions of the JCPOA. According to the IAEA report:

The IAEA issued a second report June 5 on Iran's implementation of its safeguards agreement. That report is discussed in "Iran’s Failure to Comply with IAEA Investigation Raises Concerns."