Authored by Daryl Kimball and Kingston Reif on September 17, 2019

UPDATE, Sept. 19: A day after we published this post, Bloomberg revealed that Energy Secretary Rick Perry's letter to the Saudi's also stated that "The terms of the 123 Agreement [with Saudi Arabia] must also contain a commitment by the kingdom to forgo any enrichment and reprocessing for the term of the agreement." This is good news and the right policy, as we describe below. Such a commitment should have a long-term duration, be legally-binding, and apply to both U.S.-origin and non-U.S. origin fuel.

Over the past two years, the Trump administration and Saudi Arabia have been engaged in talks on a possible agreement for nuclear cooperation, but as of now, they have not come to terms. This is a good thing. The Trump administration's terms for cooperation appear to fall well short of what is necessary to guard against Saudi Arabia using sensitive nuclear fuel cycle technology for weapons purposes--until perhaps very recently.

In early September, Energy Secretary Perry reiterated in a letter to his Saudi counterparts that the Trump administration is conditioning a formal deal for civil nuclear cooperation with Saudi Arabia on an Additional Protocol (AP) agreement between the Kingdom and the International Atomic Energy Agency (IAEA). 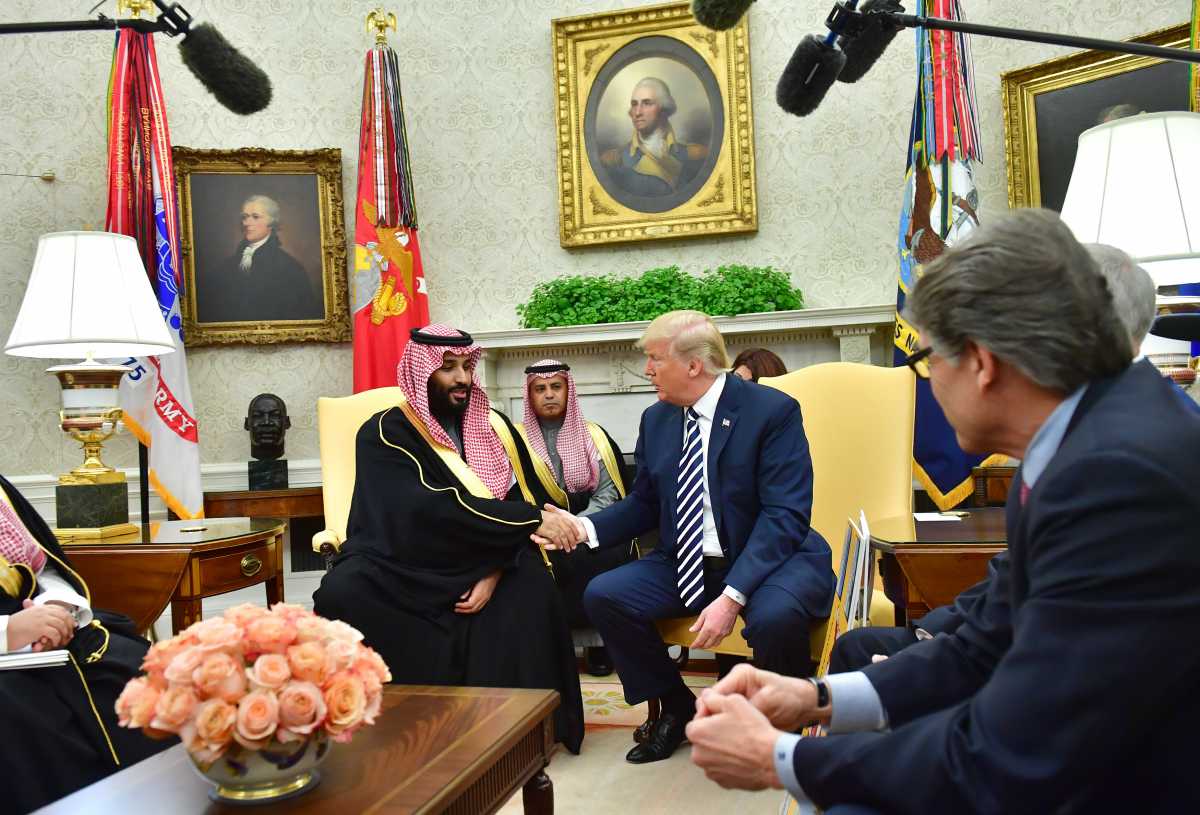 According to the terms of Section 123 of the 1978 Atomic Energy Act, a nuclear cooperation agreement must meet nine basic requirements intended to guard against the diversion of nuclear technology or material for weapons purposes and is subject to Congressional review. Though the Additional Protocol is not one of these requirements, it is is the de facto global standard for nuclear safeguards, and is a minimal condition for civil nuclear trade with Saudi Arabia.

The Kingdom currently has in force a bilateral safeguards agreement with the IAEA known as Small Quantities Protocol, which allows reduced monitoring for nations that have no or limited amounts of nuclear material.

Unfortunately, the public reporting regarding the U.S. negotiating position and on Perry’s letter suggests that the Trump administration is not insisting on anything more than is required under Section 123 of the Atomic Energy Act other than the Additional Protocol.

In other words, it is not seeking any restrictions or commitments on uranium enrichment or spent fuel reprocessing (which allows for plutonium separation). That’s a serious mistake.

Though Saudi Arabia says that it is seeking nuclear power for peaceful purposes to diversify its already very abundant energy sources, which include oil, gas, and solar, recent statements by the Saudi leadership have cast doubt on the kingdom’s commitment to its obligations under the 1968 nuclear Nonproliferation Treaty (NPT) not to acquire nuclear weapons.

In a 2018 interview, Saudi Arabia’s authoritarian ruler Mohammed bin Salman warned: “Without a doubt, if Iran developed a nuclear bomb, we will follow suit as soon as possible.”

Engaging in nuclear cooperation with a country that has threatened to leave the NPT carries very significant risks.

The Trump administration should insist on nonproliferation safeguards that go beyond those required by existing U.S. law, including a Saudi commitment not to engage in uranium enrichment or spent fuel reprocessing activities.

Key members of Congress, on a bipartisan basis, are calling for strict nonproliferation measures in any cooperation deal to guard against a Saudi Arabian nuclear weapons program.

Earlier this year, Senators Marco Rubio (R-Fla.) and Edward J. Markey (D.-Mass.) and Representatives Brad Sherman (D-Calif.) and Ted Yoho (R-Fla.) introduced bipartisan bicameral legislation that would strengthen Congressional oversight over any civilian nuclear cooperation agreement with Saudi Arabia. The Trump administration has not acted consistently with either the spirit or the letter of the Atomic Energy Act in failing to keep Congress informed on the course of the 123 negotiations with Saudi Arabia.

The bill would also make clear that Congress believes that no agreement should be approved unless and until the Kingdom is truthful and transparent about the death of U.S. journalist Jamal Khashoggi, until it commits to forego any uranium enrichment or spent fuel reprocessing activities – the so-called “Gold Standard” – within its territory, and until it agrees to implement the Additional Protocol.

Some Trump administration officials have said that the United States should seek a ban on Saudi nuclear fuel-making. In May 2018, Secretary of State Mike Pompeo told a Congressional committee that the Saudis “have said they want a peaceful nuclear energy program, and we have told them we want a gold-standard Section 123 Agreement from them, which would not permit them to enrich. That is simply all I’ve asked of Iran, as well.”

Critics of insisting on the highest nonproliferation standards in a deal with Saudi Arabia argue that doing so could prompt the Kingdom to buy reactors and equipment from U.S. competitors such as Russia and China with even lower nonproliferation standards than those required in a conventional U.S. 123 agreement for nuclear cooperation. But as several of us wrote last year, in the likely event Saudi Arabia diversifies its suppliers, “watering down U.S. nonproliferation requirements will simply lower them for all states.” The United States has significant leverage to attempt to convince Saudi Arabia, which is a close U.S. partner, to forgo enrichment and reprocessing.

Given Trump’s reckless 2018 withdrawal from the multilateral 2015 nuclear deal with Iran, which verifiably rolled back and capped Iran’s nuclear program and requires application of the Additional Protocol, and Iran’s recent retaliatory moves to breach some JCPOA nuclear limits, the administration has increased the odds that Saudi Arabia will insist on enriching uranium to keep a bomb-making option open.

Any suggestion that the U.S. should try to counter Iran by facilitating Saudi fuel-making is lunacy. A cascade of fuel making in the Middle East would have profoundly negative consequences for regional security and the global nuclear nonproliferation regime as a whole.