Authored by Shervin Taheran on February 27, 2019

Overlooked but significant controversies have been simmering about an independent government board in charge of overseeing safety standards and practices at the Department of Energy’s nuclear weapons complex, and the battle for independent oversight between the board and the agency. These issues are made all the more concerning against the backdrop of the Trump administration’s costly and expanding plans to recapitalize the U.S. nuclear weapons complex and increase the production of plutonium cores for nuclear weapons.

In May 2018, the Energy Department issued Order 140.1, which would change how the agency interfaces with the Defense Nuclear Facilities Safety Board (DNFSB)—potentially limiting who the board can easily communicate with making it more difficult for the board to function and execute its oversight role. The department argues that the oversight privileges of the DNFSB should be more limited, despite heavy pushback from the bipartisan board, Congress, and nuclear watchdog groups. 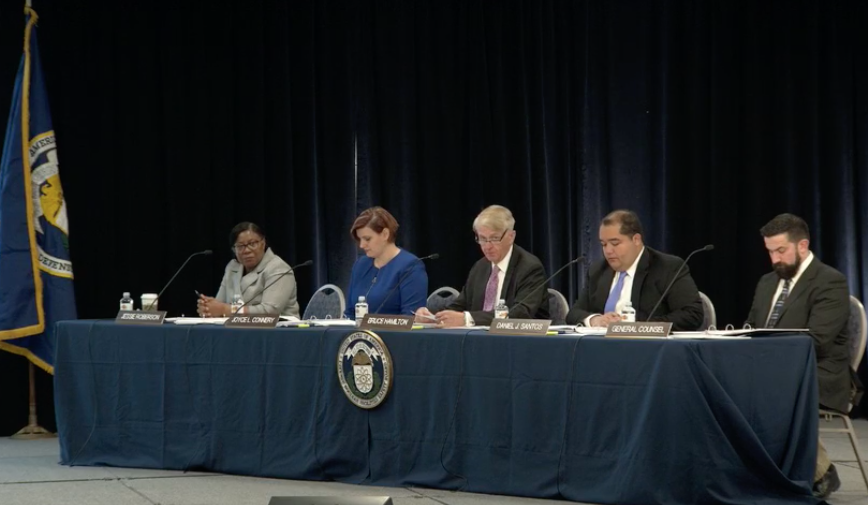 To date, the board has held three public hearings on the issue, on Aug. 28, 2018, Nov. 28, 2018, and Feb. 21, 2019 where testimony by experts, including from the Project on Government Oversight and Tri-Valley Cares, raised concerns about the order. Critics of the action argue that the order’s language limits DNFSB oversight capabilities by making it more difficult to receive requested access and information, and particularly impacts direct board contact with Energy Department contractors.

On Dec. 13, Energy Department Secretary Rick Perry sent a letter to the DNFSB Board Chairman Bruce Hamilton, vehemently protesting the pushback, and claiming that Order 140.1 remains consistent with current oversight principles. At the Feb. 21 public board hearing on the order in Albuquerque, New Mexico, Los Alamos National Laboratory field office manager Steve Goodrum, said the order would not “fundamentally change the role and relationship” between the board and the labs.

However, these claims were met with skepticism from board members, including Joyce Connery, who said that the officials’ statements do not match “the literal words” of the order. Board members even questioned whether the language in the order is consistent with federal law, including the Atomic Energy Act. “We have heard repeatedly from DOE representatives that they really don’t mean what they wrote, or at least they really don’t intend to follow what they wrote,” board chairman Bruce Hamilton said. “Not only is this a curious position coming from representatives of our government, it is a particularly bizarre argument coming out of the nuclear culture that has the standard for following the written rule to the letter.”

In an email to the Santa Fe New Mexican on Feb. 22, Sen. Tom Udall (D-N.M.) noted that “Congress has already expressed our unease with the broad implications of this order,” and vowed to push the Energy Department to be “transparent with the public, and that the DNFSB can continue its essential mission with the independence and information needed to conduct effective oversight.”

Both Udall and Sen. Martin Heinrich (D-N.M) worked to secure a provision in the final fiscal year 2019 Energy and Water Development appropriations bill expressing Congress’s concerns about the potential impact of the order and requiring the Energy Department to brief Congress about the order.

A second controversial proposal earlier this year aimed to reduce the size of employees overseeing the nuclear weapons complex. The Board’s acting chair Bruce Hamilton proposed increasing the number of field inspectors from 10 to 18, but reduce the total board staff to 79 from 117. Three of the board’s four current members supported the proposed reorganization, but the proposal was met with vocal resistance in Congress.

In the Senate, Udall and Heinrich successfully included in the final fiscal year 2019 Energy and Water appropriations bill a prohibition of the use of any funds to carry out the proposed reorganization, which was originally scheduled to occur on Oct. 1, 2018, unless such a proposal is later specifically authorized by law.

This was not the first time a critical change to the board’s structure had been proposed. The board’s previous chairman, Sean Sullivan, had proposed abolishing the DNFSB completely, in early 2018. This was rejected by the board and led to Sullivan’s resignation, leaving the normally five-person board down a member for most of the year.

The DNFSB was created in 1988 in the aftermath of the April 1986 Chernobyl accident, with a mandate to provide independent advice on public health and safety at U.S. nuclear facilities. With a budget of just over $31 million a year, the board provides important oversight over a nuclear complex that costs over $30 billion a year.

The board’s members are all nominated by the president and confirmed by the Senate Armed Services Committee for five-year terms. Currently, the board members are Chair Bruce Hamilton, Jessie Hill Roberson, Daniel Santos, and Joyce Connery. All but Connery, whose term expires later this year, are serving on “expired” terms and would need to be re-nominated.

Hamilton and Roberson have been re-nominated to serve on terms until 2022 and 2023, respectively. Instead of re-nominating Santos, the Trump administration has nominated Lisa Vickers to serve on the board in a vice chair capacity for a term that will expire 2021, as well as Thomas Summers, a former intercontinental ballistic missile commander, to finish out a term that will expire in 2020.

The report ultimately concluded that the DNFSB’s work is “as important today as it has ever been in its thirty-year history,” but that the board has been underperforming. Among its sixteen recommendations, the Academy suggests broadly: working more collaboratively, enhancing collaboration with stakeholders, refining products, and reinvigorating board member and staff relations. The Board has had at least three public business meetings on Dec. 20, 2018, Jan. 16, 2019, and Feb. 14, 2019 to discuss the NAPA report and its recommendations, and is scheduled to have another one on March 21.