Authored by Alicia Sanders-Zakre on August 22, 2018

A newly released Pentagon report reveals unsettling moves by China to expand its nuclear weapons program, including the development of new types of nuclear-capable missiles. These new weapons systems have largely slipped under the radar as North Korean and Russian nuclear weapons programs continue to grab headlines. However, these developments threaten to further destabilize a shaky global nuclear order, highlighting the critical need for engagement with China. 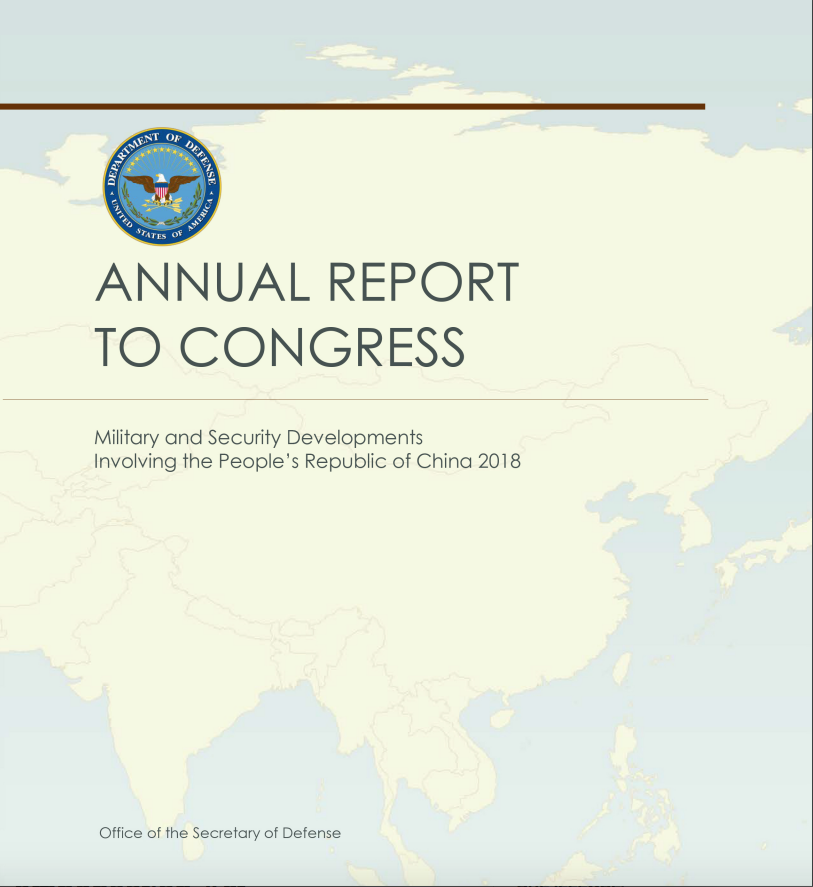 According to the Stockholm International Peace Research Institute, China’s nuclear arsenal—now an estimated 280 warheads—has increased steadily in recent years, including an increase by ten warheads from 2017 to 2018. China has simultaneously sought to expand and diversify its nuclear delivery systems, including land-based missiles, submarines, submarine-launched ballistic missiles and strategic bombers. In a January editorial published in the PLA Daily, the official newspaper of the People’s Liberation Army, two experts asserted that China “must strengthen the reliability and trustworthiness of our nuclear deterrence and nuclear counterstrike capabilities,” according to a translation by Reuters.

The annual U.S. Department of Defense report on China’s military power, released Aug. 16, provides some hints as to how Beijing is working toward that goal. The report details several recent advancements in China’s nuclear weapons program which merit increased attention from the public and policy makers.

Over the past year, China unveiled an upgraded intercontinental ballistic missile (ICBM) and may have deployed a new missile defense interceptor, according to the report.

China displayed the DF-31AG ICBM for the first time in 2017 at the People’s Liberation Army’s 90th anniversary parade. The DF-31AG, which uses a transporter-erector-launcher to increase its mobility, is described as an enhanced version of the DF-31A missile. Enhancing the mobility of the ICBM also increases its survivability, making it less vulnerable to attack. The DF-31A ICBM, with a range in excess of 11,200km according to the Defense Department, can target most locations within the continental United States.

The HQ-19 mid-course missile defense interceptor, which is designed to intercept medium-range ballistic missiles and was still being tested in 2016, “may have begun preliminary operations in Western China,” the 2018 report states. Some analysts believe the system is not intended to intercept U.S. missiles, given that the United States does not deploy medium-range ballistic missiles in the Asia-Pacific. Instead the system could defend against missiles from regional countries, like India or North Korea.

The report also identifies several new nuclear weapons delivery systems that are under development, including a new nuclear-capable bomber. These destabilizing developments should be a call to action to the international community.

People’s Liberation Army Air Force Commander General Ma Xiaotian stated in 2016 that China was developing a new generation long-range bomber. The 2018 Defense Department report not only confirms this development, but also states that the new bomber will be nuclear-capable and could debut within the next ten years. The report estimates that the bomber will likely have a range of at least 8,500km and a payload of at least ten metric tons.

The 2018 Defense Department report also notes that China “appears to be considering” additional launch options for the DF-41 ICBM, including rail-mobile and silo basing launch options. Catherine Dill, a research associate at the Center for Nonproliferation Studies at the Middlebury Institute of International Studies at Monterey, located a new silo in Wuzhai, where China tests certain missiles, including the DF-41. The DF-41, which is still under development after being tested ten times, is currently intended to be road-mobile with multiple-independently-targeted-reentry-vehicles (MIRVS), a capability which would reduce the already limited effectiveness of U.S. missile defenses. China insists that the MIRV capability is necessary to ensure the viability of its nuclear deterrent in light of U.S. advances in precision strike and missile defenses.

The international community faces many nuclear challenges worldwide, but it cannot afford to ignore destabilizing Chinese nuclear developments. China’s development of new nuclear-capable delivery systems and its increasing nuclear arsenal represent a step back from its commitment under the nuclear Nonproliferation Treaty to pursue nuclear disarmament. China’s nuclear arsenal may be far smaller than those of the United States and Russia, but putting off talking with Beijing until numerical parity is reached is not a solution.

Nuclear Threats and Alerts: Looking at the Cold War Background