Authored by Monica Montgomery on July 2, 2018

July 1 marked the 50th anniversary of the nuclear Nonproliferation Treaty (NPT) opening for signature. With near-universal membership, the NPT is widely recognized as one of the most successful treaties to date and the cornerstone of nonproliferation and disarmament efforts, but ensuring that it remains so for the next 50 years should not be taken for granted.

The NPT is built on three pillars—nonproliferation, disarmament, and the peaceful use of nuclear energy—and a bargain: non-nuclear states agreed to not seek out nuclear weapons of their own in exchange for the existing nuclear states to share nuclear technology for peaceful uses and work towards eventual disarmament.

While the NPT is criticized for failing to achieve universal adherence, the four states with nuclear weapons not recognized by the NPT–Israel, India, Pakistan, and North Korea*—represent a much smaller number than the projected emergence in the 1960s of 25-30 new nuclear states. Many states gave up nuclear weapons programs and joined the NPT, acknowledging that the benefits of the treaty outweighed the pursuit of a nuclear arsenal. And despite legitimate concerns about the slow pace of disarmament under the NPT, Russia and the United States have made significant reductions in their arsenals since the peak during the Cold War.

Despite these shortcomings, the NPT has served the international community well. Nevertheless, the NPT will only endure if its legacy is continued and the modern-day necessity of the treaty is recognized. Present and future citizens and policymakers need to understand that the NPT is still relevant and applicable to the current arms control regime.

Unfortunately, continued progress may be under threat as future generations appear disengaged with nonproliferation and disarmament efforts. A 2018 study found that younger people are less concerned about national security issues and stopping the proliferation of WMDs than older generations. As a younger American, I can attest that the NPT and other nonproliferation measures have especially been taken for granted by my generation. 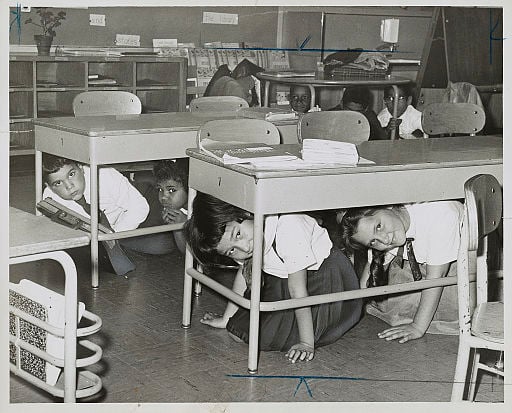 This is likely due to the fact that the world today is a much different place than it was 50 years ago. In 1968, the United States lived in fear of a nuclear war with the Soviet Union. Young Americans were perpetually cognizant of this threat as duck-and-cover drills, nuclear science developments, and the space race were incorporated into their educational experience. The events of September 11 and an increase in mass shootings, however, replaced duck-and-cover exercises with active shooter drills and ensured that my generation was raised viewing terrorism as the greatest threat to the United States–leaving the threat of nuclear war far from our minds.

In fact, today’s students are rarely ever exposed to nuclear policy in the U.S. educational system. When they are, it is often a history lesson about Hiroshima, Nagasaki, and the Cold War. The lack of education and awareness continues on college campuses, as well. According to a 2011 study, more than one-third of the top U.S. undergraduate programs do not offer a single specialized course on WMDs or nonproliferation.

This lack of awareness is very applicable to my own educational upbringing and interaction with nuclear policy. Growing up near Oak Ridge, Tennessee, one of the three primary sites of the Manhattan Project, I was always particularly proud that the United States and my area of the country made history through its scientific advancements to develop the bomb before the rest of the world. As a part of the generation who has always lived in a nuclear world, I never questioned the existence and ethics behind the use of nuclear weapons. It was not until my freshman year of college that I was even briefly introduced to nuclear strategies and theories.

I eventually realized that while terrorism, the subject which many students from my generation explore, can take the lives of many, the only threat with the potential to annihilate the world within minutes is a nuclear war. I began to seek out more information about arms control and nuclear policy and I came to question how stable a world order actually is if it is built on weapons of mass destruction.

Moreover, it became evident that while the Cold War may be over, the threat of nuclear war is more imminent than it has been in recent years. Advancements in North Korea’s nuclear program, U.S. withdrawal from the Iran nuclear deal, the emerging multipolar international system in which nonstate actors challenge the existing order and increase the threat of nuclear terrorism, and a renewed arms race between Russia and the United States all lead to the 2018 Doomsday Clock being moved closer to midnight than it has been since 1953.

While I am hopeful that my generation will also recognize these dangers and the necessity to continue nonproliferation efforts, I am conscious that change must often be prompted, not presumed. Education and public discourse must increase across all levels of society and generations. It is important for future leaders to recognize the necessity of their role in nonproliferation efforts without viewing it as a change that will be brought about exclusively by their efforts. Decades of dedicated public servants’ successes, like creating and sustaining the NPT, must be appreciated and built upon to continue its legacy and work towards greater disarmament.

As significant as it is to reflect on the accomplishments of the past 50 years, it is also imperative to plan for the next 50 and address the threat posed by the current disconnect between nuclear policy and our future leaders.

*North Korea announced January 10, 2003 that it was withdrawing from the treaty, effective the next day. Although Article X of the NPT requires that a country give three months notice in advance of withdrawing, North Korea argued that it satisfied this requirement because it originally announced its decision to withdraw March 12, 1993, and suspended the decision one day before it was to become legally binding. As a result, North Korea’s status as an NPT member state is contested.