The International Atomic Energy Agency (IAEA) released its quarterly report on Iran’s nuclear program June 6, and, unsurprisingly, the report found that Iran is complying with its commitments under the multilateral deal known as the Joint Comprehensive Plan of Action (JCPOA).

The report, finalized May 24, was the first since U.S. President Donald Trump violated the nuclear deal May 8 by reimposing sanctions on Iran, and withdrew the United States from the accord. The report bears out what Iranian officials stated after Trump’s announcement – that Iran would remain within the JCPOA, for now.

According to the report: 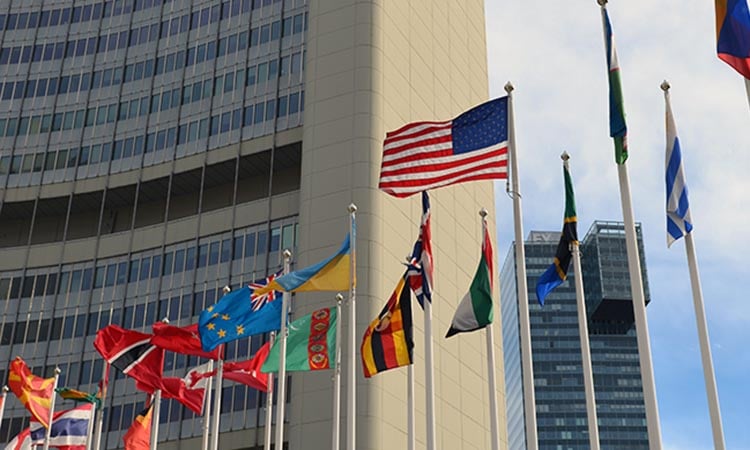 The report did indicate that Iran’s cooperation with IAEA inspectors on access provisions under the additional protocol could be more timely. A line in the report, echoed by IAEA Director General Yukiya Amano in his June 4 address to the Board of Governors, said: “timely and proactive cooperation by Iran in providing such access would facilitate implementation of the Additional Protocol and enhance confidence.”

The JCPOA requires Iran to implement the additional protocol in perpetuity. The additional protocol gives inspectors access to more information and a greater number of sites in Iran – it is a critical tool for guarding against diversion and covert activities. While it is concerning that Iran may not be cooperating in a timely fashion and Tehran should rectify this, Iran has not violated the deal. The report noted that the IAEA has had access to “all the sites and locations in Iran which it needed to visit.”

U.S. Chargé d’Affaires Nicole Shampaine told the IAEA’s Board of Governors during its meeting June 5 that the IAEA “should never again have to appeal for ‘timely and proactive cooperation’ by Iran.”

If Trump’s violation of the JCPOA leads to the collapse of the accord, Iran may decide to no longer implement the additional protocol. That would be a significant blow to efforts to verify that Iran’s nuclear program is peaceful. While the additional protocol is becoming a norm – 148 states have adopted it –it is not mandatory.

The May 24 report was finalized before Iran’s letter to the agency informing the IAEA about its intention to build a new facility for centrifuge production, so that is not referenced in the document. Ali Akbar Salehi, head of the Atomic Energy Organization of Iran, opened the new facility June 6.

Building a new facility for centrifuge production is not a violation of the deal, so long as Iran notifies the agency in accordance with its safeguards obligations, which Tehran appears to have done. However, if Iran were to produce centrifuge machines at that location in the future, it might breach the limits of the accord. Under the deal, Iran can produce advanced centrifuges in line with its research and development plan and can only produce IR-1 machines, which are currently used for enriching uranium, when the number of machines in monitored storage drops below 500. Iran is not yet to that point.

Reza Najafi, Iran’s ambassador to the IAEA, told press June 6 that the decision to open the facility is the “preparatory works for a possible scenario” if the JCPOA fails and reiterated that Iran will not start “any activities contrary to the JCPOA” at this time. Iran’s Supreme Leader made a similar statement in a June 4 tweet, saying Iran would begin preparations for increasing its uranium enrichment capacity “ for now within the JCPOA.”

The announcement to build a new centrifuge production facility, while unhelpful, should not come as a surprise. After Trump’s decision to violate the deal and throw the sanctions relief envisioned by the agreement into doubt, it was expected that Iran would remind the world that it could resume troublesome nuclear activities limited by the accord. But given that the remaining parties to the deal – China, France, Germany, Russia, the United Kingdom, and the EU – are looking for options to sustain the deal, Iran should act with restraint and refrain from actions that undermine the accord or push the limits of the agreement.