Authored by Kelsey Davenport on November 4, 2015

In April 2007, a shipment of sodium perchlorate bound for Iran was detoured to an Asian port and then returned to the country of origin. Six months earlier, in November 2006, a shipment of chromium-nickel steel plates were interdicted en route to Iran and returned to the supplier country. Both materials can be used for the development of ballistic missiles and were shipped to Iran in contravention of UN Security Council resolutions.

These two cases epitomize the achievements of the Proliferation Security Initiative (PSI), which has been instrumental in identifying and interrupting numerous transfers of technology and materials relevant to developing weapons of mass destruction (WMD), since its inception in 2003.

Moreover, in light of PSI’s effectiveness over the past decade, looking for areas to strengthen the initiative could be an important means to reinforce the benefits of the July 14 nuclear deal with Iran. The nuclear deal will authorize the monitoring of Tehran’s procurement of dual use technologies for the next ten years.

For the next eight years, Iran will still be subject to UN sanctions designed to prevent it from importing materials for its ballistic missile programs. However, given Iran’s past illicit procurement of materials for its nuclear and missile programs, bolstering mechanisms like PSI could provide a further and longer-lasting check against the importation of prohibited dual-use technologies.

Over a Decade of PSI

PSI began in 2003 as an initiative of the Bush administration after a failed attempt to stop a North Korean shipment on a Cambodian-registered ship that included 15 Scud missiles and conventional warheads bound for Yemen. 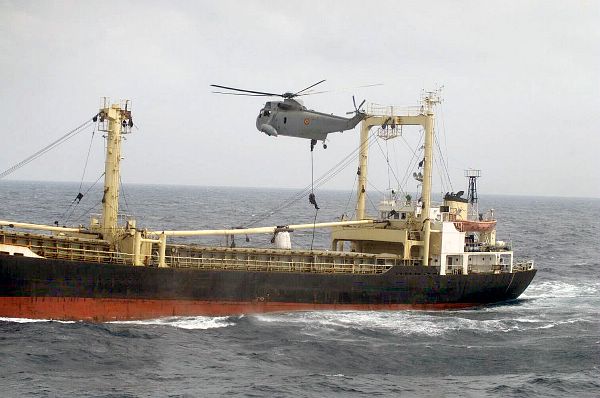 PSI is not an organization, nor does it create new legal obligations. Rather, any states can participate by subscribing to a set of guiding principles and committing to take actions to stem the proliferation of WMDs and missiles. The principles include undertaking “effective measures” to interdict the unlawful transfer dual-use materials and technologies, sharing information with other states about suspected transfers, and strengthening national legal authorities to facilitate interdictions. The principles also require states to “seriously consider” allowing other states to board and search its flag vessels and seize any illicit cargo if there is evidence of illegal shipments of WMD, delivery systems, or related dual-use materials.

Since its formation in 2003, PSI has grown from the original 11 subscribing states to 103 states that endorse the PSI principles. While there is no formal organizational structure, an Operational Experts Group (OEG) of 21 states works to plan exercises and meetings and share information about interdictions.  The OEG also works to strengthen interdiction capabilities in participating states.

On the tenth anniversary of the formation of PSI, participating states gathered in Poland to assess areas for strengthening the initiative. The 2013 meeting yielded four joint statements that emphasized the need for regular exercises, sharing resources and tools for capacity building, strengthening national and international legal authorities, and outreach to prospective states.

While the 10-year anniversary provided an important assessment of PSI’s activities and outlined areas for improving its operations, more could be done to strengthen the initiative.

Over PSI’s history, the number of exercises and workshops has fluctuated on a yearly basis. Given the current success of the nuclear deal with Iran, a concerned effort to hold exercises and workshops in the Middle East should be a priority in the next several years. The United States and the United Arab Emirates co-hosted a PSI exercise in 2013 that focused on the interdiction process. Building on that exercise and critically reviewing the capacities of Middle East countries for interdiction and their national authorities could provide insights for further workshops and activities. A regional focus could also encourage countries outside the initiative to subscribe to the PSI principles.

Strengthening national authorities for interdictions can bolster PSI activities. The 2005 protocol to Convention for the Suppression of Unlawful Acts Against the Safety of Maritime Navigation (SUA Convention) prohibits maritime shipment of WMDs, related technologies, and equipment outside of legitimate trade under the nuclear Nonproliferation Treaty and under International Atomic Energy Agency safeguards. The protocol also allows ships to be boarded, with consent of the flag state, if they are suspected of carrying illicit cargo. This strengthens the legal basis for interdictions. Only 33 states have ratified the SUA Convention 2005 protocol. The United States recently completed its ratification of the protocol in 2015 and should encourage other states to takes steps to complete ratification.

Key countries with significant shipping industries, major ports, and WMD and missile-related programs remain outside of the initiative. These include states such as India, Pakistan, China, Brazil, Egypt, and Indonesia. A concerted effort by the United States and others to convince these countries to subscribe to the PSI principles could be instrumental in strengthening the regime by providing critical information sharing and interdiction cooperation.

The United States could also consider how PSI interacts with export control assistance and border/port detection programs. There may be opportunities for coordination that would strengthen national capacities to fulfill PSI commitments. PSI also does not have dedicated funding. Money to support PSI activities and exercises comes from a number of WMD-related programs. Ensuring financial support for PSI will be critical for its continued success.

While many of PSI’s successes are based on intelligence sharing efforts that remain out of the public eye, it has made a clear contribution to counter-proliferation efforts. The United States and the broader PSI membership should capitalize on the momentum garnered by the nuclear deal with Iran to consider how PSI can be more effective moving forward. Even for critics of the Iran deal, taking steps to support its implementation, like strengthening PSI, should be encouraged.