Although the vast majority of the world’s nations recognize that nuclear explosive testing is no longer acceptable, the failure to sign or ratify the Comprehensive Test Ban Treaty (CTBT) on the part of a few Annex II states will have delayed entry into force for more than 20 years after the opening for signature of the Treaty in 1996. These states are: China, the United States, Israel, Iran, Egypt, India, Pakistan, and the Democratic Peoples Republic of North Korea. 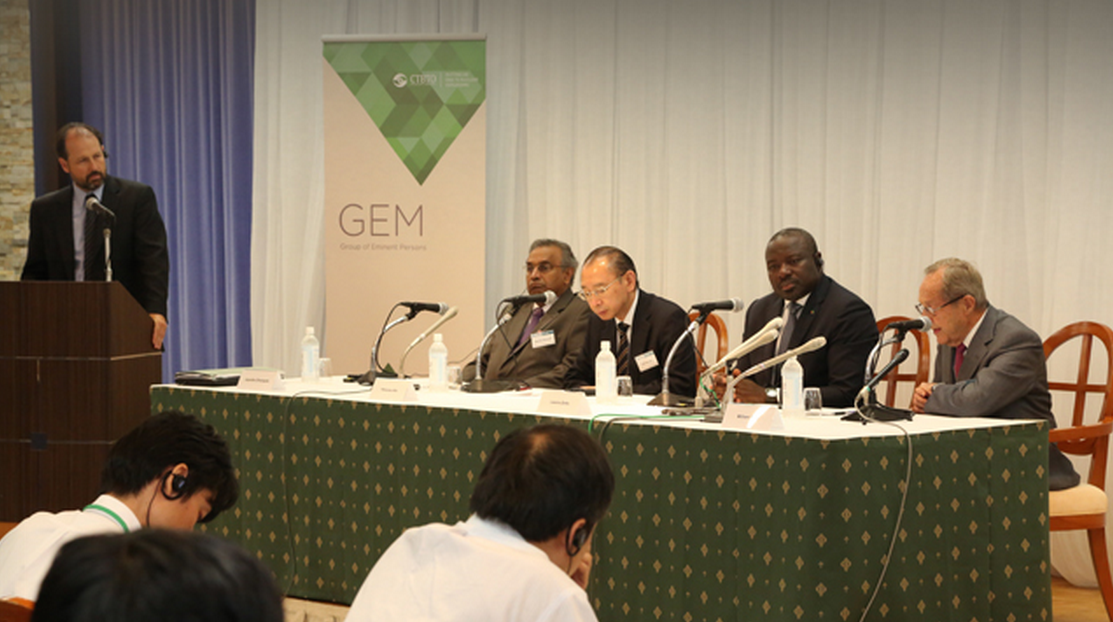 With enormous challenges ahead to secure the necessary signatures and ratifications, progress depends on a more energetic, more creative but pragmatic efforts on the part of “Friends of the CTBT” states and NGOs supportive of the CTBT.

The CTBT Group of Eminent Persons (GEM), formed in late-2013 to support the treaty, met August 24-25 in Hiroshima, Japan to assess the challenges and to explore strategies to help accelerate the treaty’s entry into force.

I was privileged to be invited to provide input to the GEM, which consists of a several former and current senior officials with extensive expertise and experience on nuclear testing, disarmament, and nonproliferation. Together, we visited the Hiroshima Peace Museum to reflect upon the catastrophic human impact of the first atomic bombings and to hear the utterly moving and inspiring testimony of one hibakusha survivor.

The GEM members discussed the challenges facing the entry into force and evaluated practical options to catalyze action in the years ahead to achieve the potential of the treaty and to preserve the de facto global nuclear test moratorium that is a necessary condition for the treaty regime.

In my view, such efforts might focus on several opportunities, including:

Without renewed action along these lines, the risk of the resumption of nuclear testing in the years ahead will only grow. Now is the time to act with renewed energy.