Some critics of the most recent P5+1 (China, France, Germany, Russia, the United Kingdom, and the United States) framework agreement with Iran mistakenly claim that allowing Iran to enrich uranium under the final deal represents a novel departure from a Bush-era zero enrichment policy. This camp believes that President Barack Obama should seek a deal with Iran that permanently eliminates all centrifuges and does not allow for any enrichment. These demands are unreasonable. Even President George W. Bush’s administration indicated as early as 2006 that a future Iranian enrichment program was a possibility. 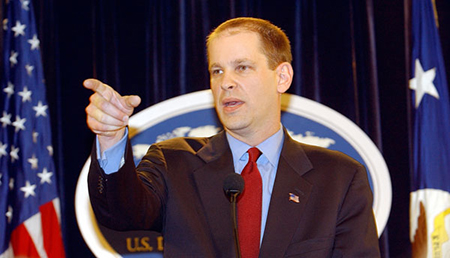 State Department Spokesperson Sean McCormack reported that Iran was offered incentives that could allow uranium enrichment for peaceful purposes in the future providing that Iran satisfied the necessary conditions, including cooperation with the International Atomic Energy Agency (IAEA) investigation into Iran’s past activities related to nuclear weapons development. This decision amounted to a significant shift in U.S. policy because the Bush administration is often seen as rejecting any of Iran’s enrichment capabilities.

The Bush administration still required that Iran suspend its enrichment program during negotiations and afterwards while Iran met certain conditions. Iran would have had to get a seal of approval from the IAEA to begin the peaceful enrichment process. The 2006 proposal states that the nuclear moratorium could be lifted if Iran demonstrates “credible and coherent economic rationale in support of the existing civilian power generation program.” Additionally, Iran would have been required to declare all nuclear facilities, demonstrate that it had no secret nuclear programs, and answer outstanding questions about the military aspects of its nuclear program.

This Bush era concession represented an important moment in the historical progress of the Iran talks. The United States was willing to concede a future uranium-enrichment program at a time when Iran had very limited nuclear capabilities. In 2006, the IAEA reported that Iran had just 164 operational centrifuges. Today, Iran has nearly 20,000 centrifuges, of which 10,200 are operating. Zero enrichment may have been a feasible goal during the Bush administration, but even then administration officials conceded that insisting on zero enrichment might not be a sustainable policy.

Other opponents of the recent agreement claim that the Obama administration has shifted its own stance between its first and second term by allowing for uranium enrichment. Dennis Ross, a former special advisor to Secretary of State Hillary Clinton, argues that any P5+1 deal “does not reflect the objectives” of the first Obama administration. He claimed that if Iran were permitted to enrich uranium under Obama’s first term, it would have been “highly circumscribed and limited to small numbers for the purposes of research or medical isotopes.” However, Ross does not holistically represent the position of Obama’s first administration. In the early years of Barack Obama’s presidency, Washington acknowledged the possibility of a future Iranian uranium-enrichment program.

U.S. State Department officials stated as early as April 2009 that the Obama administration was dropping the zero enrichment precondition. Secretary of State Hillary Clinton articulated the policy more clearly, and stated more than once, that Iran may be permitted to enrich uranium providing the country followed other international obligations. In a testimony 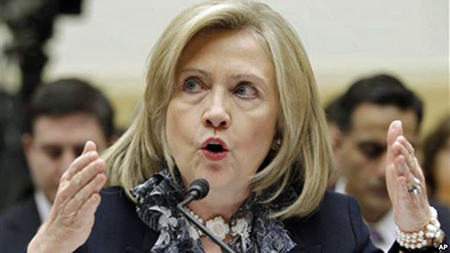 before the House Foreign Affairs Committee on March 1, 2011 Clinton said “it has been our position that under very strict conditions Iran would, sometime in the future, having responded to the international community's concerns and irreversibly shut down its nuclear weapons program, have such a right [to enrich and reprocess domestically] under IAEA inspections.” Additionally, four months earlier Clinton told BBC that Iran could be allowed to enrich uranium under Article IV of the nuclear Nonproliferation Treaty (NPT).

Israeli Prime Minister Benjamin Netanyahu has repeatedly said that he believes a good deal with Iran means “zero enrichment, zero centrifuges and zero plutonium.” This demand is outside of Iran’s bottom line. Iran wants the ability to enrich uranium domestically for peaceful purposes. Iranian Foreign Minister Mohammad Javad Zarif even believes that Article IV of the NPT gives Iran a right to enrich.

The West’s bottom line is no nuclear weapons in Iran. This is the Obama administration’s ultimate policy, but it is not mutually exclusive with Iranian demands for enrichment. With a limited and highly monitored enrichment program, Iran cannot move rapidly toward nuclear weapons without detection. Additionally, Iran would not negotiate a deal that bans enrichment capabilities. Even though it was not a clearly articulated policy, even the Bush administration acknowledged that agreeing to enrichment in the future may be the best way to limit Iran’s program. Despite this acknowledgement, Bush was perceived to have a hard line of zero enrichment. Perhaps this is why his administration never reached a nuclear deal with Iran.