– Setsuko Thurlow
Hiroshima Survivor
June 6, 2016
Listen to the People: They Support a Nuclear Deal with Iran

Misconception: The U.S. and Iranian public do not support a comprehensive nuclear deal.

The negotiation between the United States and its partners (China, France, Germany, Russia and the United Kingdom) and Iran over the latter’s nuclear program is now racing against time, as the Nov. 24 deadline for a comprehensive deal approaches. 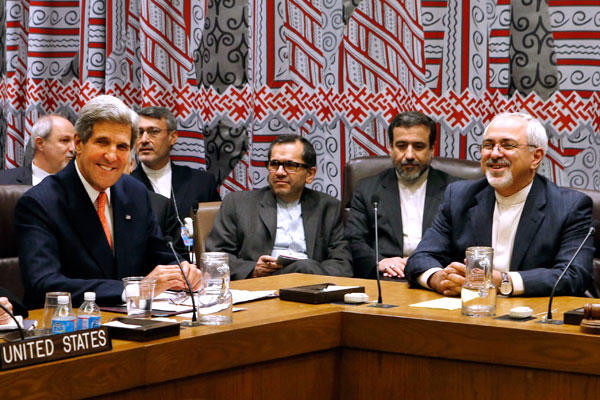 Diplomats continue to seek creative  options to seal a comprehensive deal to ensure that Tehran’s nuclear program is exclusively peaceful, and they are pursuing an agreement that would accept some uranium enrichment by Iran, but with substantial limits and ensuring intrusive monitoring and verification to ensure the limits are met.

Yet, critics of a deal assert that the United States should continue adding new sanctions aimed at pressuring Iran toward ceasing enrichment completely and dismantling its nuclear program. This option, however, could likely push Iran away from the talks and bring the negotiations to an abrupt end.

Despite these divergent views among policymakers, there is a clear majority in the American public and that of their Iranian counterparts that support a deal as the best option to solve this impasse.

Polls conducted to sample the views of the American and Iranian publics about the on-going negotiations, show clearly that the citizens of the two countries are looking for a long-term solution to the Iranian nuclear puzzle.

The results of the polls conducted by the Centre for International and Security Studies at the University of Maryland indicate that 61 percent of Americans recommended continuing to pursue negotiations on a long-term agreement with Iran that limits their enrichment of uranium while putting in place the necessary checks and balances to ensure Tehran adheres to the agreement. In exchange, Iran should receive some sanctions relief. Interestingly, both Democrats and Republicans who were surveyed--65 percent and 62 percent, respectively--agreed that finding a long-term solution to the Iranian nuclear program is the best option. And as we approach elections next week, Congress should be aware of the public’s support for diplomacy.

A solid majority of Iranians, 79 percent, indicate their willingness to support a deal with Iran providing reassurance never to produce nuclear weapons. Slightly smaller majorities are in favour of a deal that includes more intrusive international inspections to assure Iran’s compliance with the nuclear Nonproliferation Treaty and limits its enrichment capacity to five percent for an agreed period of time.  An equally large majority of Iranians, 70 percent, see dismantlement of a significant portion of Iran’s centrifuges as unacceptable.

Diplomats and top officials across both countries must take these views seriously with an eye to reaching a deal by Nov. 24, and if necessary, extending negotiations.

Therefore, as talks continue with less than a month to the deadline, with public opinion in both countries tilted in favour of the negotiations and support for a deal, negotiators should show flexibility and look for creative trade-offs to bridge the remaining gaps to reach a historic comprehensive nuclear deal.