The following are some of the key arms control dates and developments to watch in the coming week. 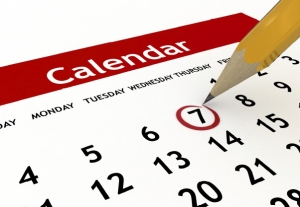 For more news and analysis on these and other weapons-related security issues, consider subscribing to ACA's monthly journal Arms Control Today, which is available in print/digital and digital-only editions.

- written and compiled by Tim Farnsworth

Iran and the P5+1 (China, France, Germany, Russia, the United Kingdom, and the United States) are meeting April 7-9 in Vienna to continue discussing elements of a comprehensive agreement on Iran's nuclear program. The meeting follows lower-level talks on technical issues related to any future deal, held April 3-5.

At the center of these discussions are questions related to Iran's enrichment capacity and the future of its heavy-water reactor at Arak. The group reached a six-month interim deal in November 2013 that has allowed these current talks to move forward.

Check out these latest resources to find out all you need to know about the current state of the P5+1 talks with Iran.

The Group of Eminent Persons (GEM) was established on 26 September 2013 on the margins of the UN General Assembly to promote the objectives of the CTBT and to help secure its entry into force. Its 18 members include current and current and former foreign ministers, prime ministers, defense ministers and senior diplomatic leaders from all over the world.

The GEM will meet this week in Stockholm for discussions with Swedish Foreign Minister and regional experts on steps to advance prospects for signature and ratification in the remaining Annex 2 states.
Further information about the GEM can be found here. For more on the CTBT, see ACA's Project for the CTBT Web site.

April 7-10: Hagel Meets with Chinese Officials on Trip to Asia

Defense Secretary Chuck Hagel is expected to meet with Chinese officials in China as he continues to travel around Asia next week. A topic that is expected to be discussed during the meetings is North Korea's continuing nuclear and missile program. Recently, news reports have speculated that North Korea could be ready to test another nuclear device in the near future.

According to Reuters, Hagel will also discuss the North Korean nuclear program and ways to solve it with officials in Japan and South Korea as part of this trip. Tensions between North and South Korea and its allies have stalled efforts for the six party talks to begin again.

Check out these resources from Arms Control Today and the Arms Control Association regarding the current status of North Korea's nuclear and missile program: