Authored by Marcus Taylor on October 3, 2012

The Report of the Special Rapporteur to the UN Human Rights Council on the human rights effects of U.S. nuclear testing in the Marshall Islands was recently released to the public. The report addresses lingering health and human rights effects from the 67 atmospheric nuclear test explosions that were detonated from 1946 to 1958 by the United States in the Pacific islands. One of the central conclusions of the report was that "the nuclear testing resulted in both immediate and continuing effects on the human rights of the Marshallese." 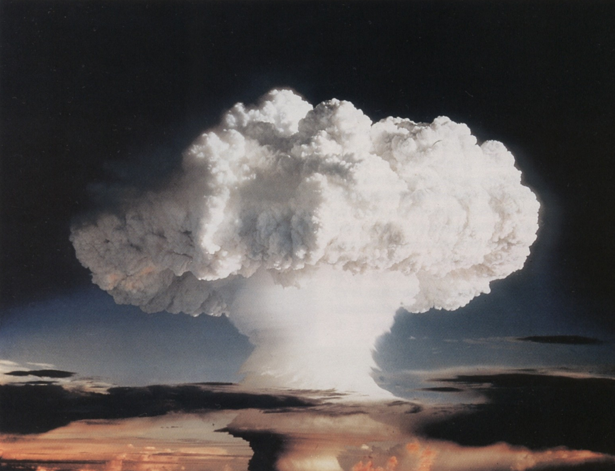 The Special Rapporteur noted that the prevalence of thyroid cancer in the Marshall Islands is associated with an increase in intake of radioactive iodine. The report also documents a range of reproductive problems in women from the Rongelap Atoll; however, a link between these reproductive issues and nuclear testing cannot not be definitively established due to a lack of scientific data from that period, according to the report. The report notes the lingering psychological effects among the Marshallese population resulting from the extensive nuclear testing, noting that a significant portion of the population believes that radiation continues to contaminate the land and affect the health of the local population.

In addition to lingering health problems, the report details the continued consequences of the forced displacement of the locals. To this day, many Marshallese are not able to return to their ancestral lands on the Bikini, Enewetak, Rongelap and Utrok Atolls. According to the report, this has "created nomads who are disconnected from their lands and their cultural and indigenous way of life."

The report listed several recommendations for the Marshall Islands government, the United States government and the international community.

The Special Rapporteur recommended that the involved parties carry out an "independent, comprehensive radiological survey of the entire territory." Furthermore, he recommended a large expansion of the Marshallese healthcare infrastructure; improvements in water, sanitation and waste management facilities; the granting of full access to the Marshall Islands government of U.S. records on environmental and human health consequences resulting from U.S. nuclear testing; and full funding for the Nuclear Claims Tribunal, among other recommendations.

Throughout the report, the Special Rapporteur made clear that the legacy of nuclear testing in the Marshall Islands remains and all parties involved must address the ramifications of those tests. This view was reaffirmed Ambassador Christopher Loeak of the Marshall Islands in his statement to the UN General Assembly on Sept. 25 when he stated, "This is our first foreign policy issue--and it is more than a historical legacy--it is a contemporary reality for our local communities."