– Setsuko Thurlow
Hiroshima Survivor
June 6, 2016
Dumping the ABM Treaty: Was It Worth It?

In retrospect, the Bush administration should not have fielded its national missile defense system. The technology was not ripe; the threat had not materialized; and the opportunity cost was too high. 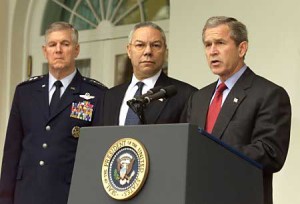