Iran responded to a censure by the International Atomic Energy Agency (IAEA) Board of Governors by ratcheting up uranium-enrichment activities at its underground Fordow facility, a move that increases the risk of proliferation. 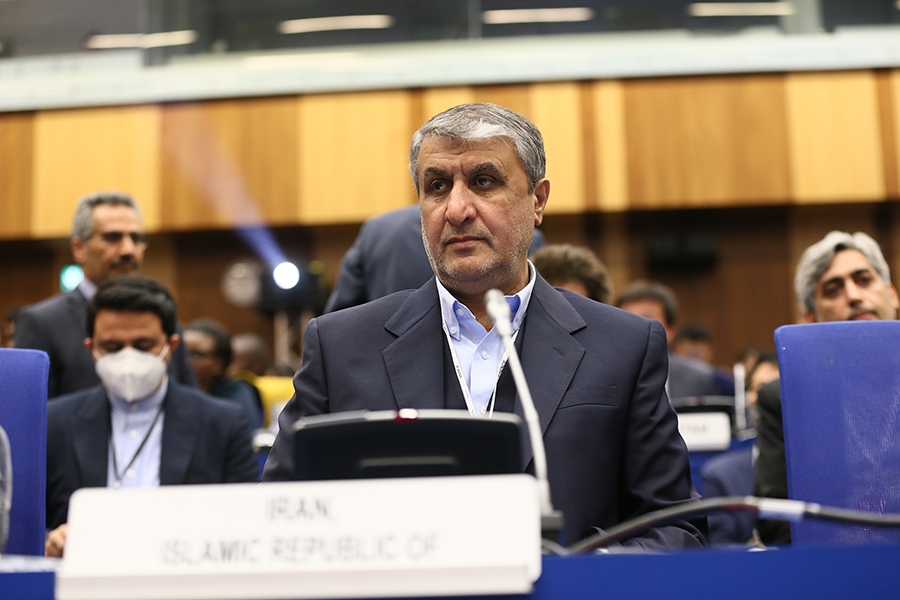 The IAEA board on Nov. 17 passed a resolution condemning Iran for its continued failure to cooperate with a years-long investigation into past nuclear activities that should have been declared under Iran’s legally binding safeguards agreement. Prior to the vote, the IAEA reported that there was no progress on the investigation despite two meetings between Iranian and IAEA officials in September and November.

The resolution, approved by a vote of 26–2, is the second resolution the board passed this year censuring Iran for stonewalling IAEA inquiries. (See ACT, July/August 2022.) Using stronger language than the June 2022 board censure, the Nov. 17 resolution “decides” that it is “essential and urgent” for Iran to “act to fulfil its legal obligations” and clarify the outstanding safeguards issues without delay. The IAEA investigation is focused on accounting for the presence of uranium processed prior to 2003 at three locations that Iran did not identify for the agency as nuclear sites.

In a Nov. 17 statement on behalf of France, Germany, the United Kingdom, and the United States, Corinne Kitsell, UK ambassador to the IAEA, said Iran’s cooperation in addressing the outstanding issues is “integral to the necessary verification assurances that Iran’s declarations are complete and correct.”

The head of the Atomic Energy Organization of Iran, Mohammad Eslami, said on Nov. 19 that Iran would “respond firmly” to the resolution, which he described as containing “untrue content.” Iran has continued to claim, without presenting any evidence, that the presence of the processed uranium at the undeclared locations was an act of third-party sabotage and that the IAEA investigation is based on fabricated information.

Three days later, Eslami announced that Iran had begun enrichment of uranium to 60 percent uranium-235 at Fordow, which the IAEA confirmed in a report that same day.

IAEA Director-General Rafael Mariano Grossi said in a Nov. 20 interview with CBS that “we don’t have any information that would indicate that Iran has a nuclear weapons program at the moment.” He added that “we need to work very hard” to make sure Iran does not get there.

Fordow, near the city of Qom, was transitioned to a research facility under the 2015 nuclear deal, known as the Joint Comprehensive Plan of Action (JCPOA). Uranium enrichment was prohibited at that site for 15 years in part because the deeply buried facility would be challenging to destroy in a military strike. The design suggests the facility was built originally as a complex for producing nuclear material for weapons because its small size is not well suited to producing the large quantities of low-enriched uranium necessary to fuel a nuclear power reactor such as Iran’s Bushehr reactor.

Iran had resumed enrichment activities at Fordow in November 2019 as part of its efforts to pressure the United States to return to compliance with the nuclear deal and was using it to produce 20 percent U-235 prior to the Nov. 22 announcement.

In a Nov. 22 statement, France, Germany, and the UK called the decision to produce 60 percent U-235 at Fordow a “challenge to the global nonproliferation system” that has “no credible civilian justification.” Iran does not operate any reactors requiring uranium enriched to 60 percent U-235.

The statement also drew attention to the negative implications Iran’s actions have for restoring the nuclear deal. “By accelerating its production of enriched uranium, Iran has taken further significant steps in hollowing out the JCPOA,” they said.

But European and U.S. officials have admitted that restoring the nuclear deal is not their primary focus at this time. French President Emmanuel Macron went a step further, telling France Inter radio on Nov. 14 that a “new framework” likely will be necessary to address Iran’s nuclear program.

Robert Malley, U.S. special envoy to Iran, speaking to reporters on Nov. 14, did not comment on how long the window for restoring the JCPOA will remain open, but said that the U.S. response “will be different and coordinated with our European allies” if Iran’s nuclear program crosses “new thresholds.”