India has tested successfully with “with high accuracy” a submarine-launched ballistic missile (SLBM) from the INS Arihant, India’s first nuclear ballistic missile submarine, the Defence Ministry announced on Oct. 14. The test, which occurred in the Bay of Bengal, demonstrated “crew competency” and validated the nuclear submarine program, “a key element of India’s nuclear deterrence capability,” the ministry added. 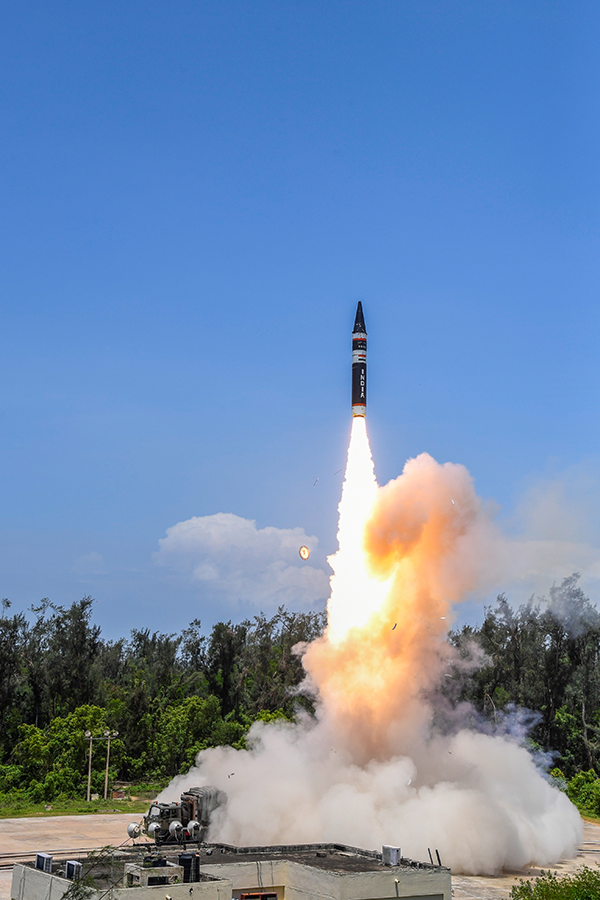 The exact missile type used in the test is unknown, but some experts believe it was the K-15 missile or the K-4 missile. The K-15 missile is estimated to have a range of 700 kilometers, which could reach parts of Pakistan, while the K-4 missile has an estimated range of 3,500 kilometers, which could reach China. (See ACT, March 2020.)

According to The Times of India, India is the sixth country to have nuclear-powered submarines equipped with ballistic missiles. The five other countries are China, France, Russia, the United Kingdom, and the United States. The Arihant (“Destroyer of Enemies”) was unveiled on July 26, 2009, under the leadership of Prime Minister Manmohan Singh. (See ACT, September 2009.)

In addition to the SLBM launch, India on Oct. 21 successfully tested its Agni-Prime (Agni-P) missile. The launch occurred at the test site on ABJ Abdul Kalam Island off the country’s eastern coast. The Hindustan Times reported on Oct. 21 that this was the third Agni-P test, following the first conducted in June 2021 and the second in December 2021. (See ACT, September and December 2021).

The Agni-P is “a nuclear-capable new-gen advanced variant of the Agni class of missiles” with a two-stage canister and a maximum range of 2,000 kilometers, the newspaper said. It added that the weapon weighs 50 percent less than India’s Agni-3 missile, has new guidance and propulsion systems, and because it is canistered, can be easily launched or transported from the road and stored for longer periods of time.

On Sept. 2, India unveiled its first home-grown aircraft carrier, the INS Vikrant, which can carry 30 aircraft and a crew of 1,600, Al Jazeera reported. Prime Minister Narendra Modi in remarks on the commissioning hailed an increasingly self-reliant India. “Vikrant is not just a warship. It is a testimony to the hard work, talent, influence, and commitment of 21st century India,” he said.

India’s advances were also highlighted by Army Gen. Anil Chauhan, chief of defense staff, who said during India’s annual Def-Expo 2022 event on Oct. 21 that “no country can aspire to emerge stronger without achieving self-reliance in defense, research and development, and manufacturing.”