Russia informed the United States in August of its decision to prohibit on-site inspections of its nuclear weapons-related facilities subject to the 2010 New Strategic Arms Reduction Treaty (New START), even as the leaders of both countries, at a major international meeting at the United Nations, emphasized the importance of avoiding nuclear war. 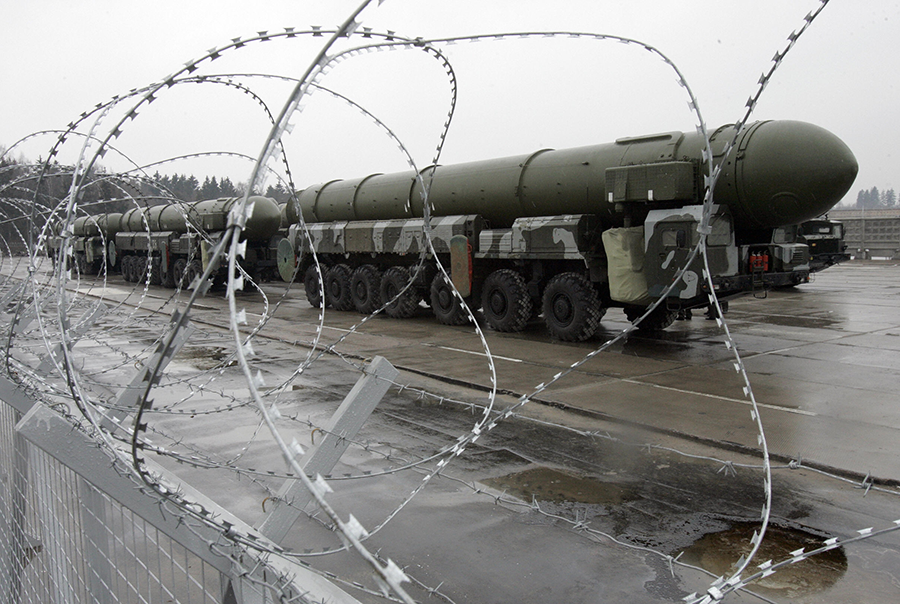 The Russian Foreign Ministry claimed in an Aug. 8 statement that Moscow resorted to this move in response to Washington’s attempt to hold inspections “on conditions that do not take into account existing realities and are creating unilateral advantages for the United States.” The ministry said that the United States attempted to conduct an inspection without prior notice and with ongoing unresolved issues.

The U.S. State Department commented on Russia’s decision by saying that “we keep discussion between the parties concerning treaty implementation confidential.”

Meanwhile, a spokesperson for the U.S. National Security Council commented that “[r]esuming mutually beneficial inspections under New START is a key part of our cooperation that must continue, even where geopolitical tensions are high.”

The on-site inspections allowed under New START’s verification regime have been paused since March 2020 due to the COVID-19 pandemic, but the two countries have been in talks for about a year on how to safely resume treaty activities. Russia’s official withdrawal of its facilities subject to the treaty mandates will further delay a potential resumption of inspections.

Russia has protested that its flight crew and inspectors have faced difficulties in receiving visas and obtaining permission to enter airspace from the United States and its allies in order to travel and conduct inspections.

Just days prior to Russia’s announcement, the U.S. and Russian presidents issued remarks in support of reducing the risk of nuclear war at the start of the month-long review conference for the nuclear Nonproliferation Treaty at the UN.

“We believe that a nuclear war cannot be won and must never be fought, and we stand for equal and indivisible security for all members of the world community,” Russian President Vladimir Putin said on Aug. 1.

That same day, U.S. President Joe Biden emphasized that Washington is “ready to expeditiously negotiate a new arms control framework to replace New START when it expires in 2026.”

“But negotiation requires a willing partner operating in good faith,” he added, noting that Russia’s invasion of Ukraine has made this challenging.

The United States and Russia last met for a round of their bilateral strategic stability dialogue, which includes discussions on arms control, in January. (See ACT, March 2022.) Whether they will resume arms control talks in that format or in more formal negotiations remains to be seen.

The two countries have continued to trade data on their respective nuclear forces as required by New START, with the last exchange in March and the next scheduled for September. (See ACT, May 2022.)

They also have continued to exchange various notifications on the status and basing or facility assignment of their respective strategic forces, for a total of 24,296 notifications as of Aug. 18. The notification system recently was seen in action in April, when Russia alerted the United States prior to a test of its new nuclear-capable intercontinental ballistic missile called the Sarmat.