A formal consultative meeting of states-parties to the Biological Weapons Convention (BWC) opened in late August after Russia invoked a treaty provision designed to resolve accusations about violations. 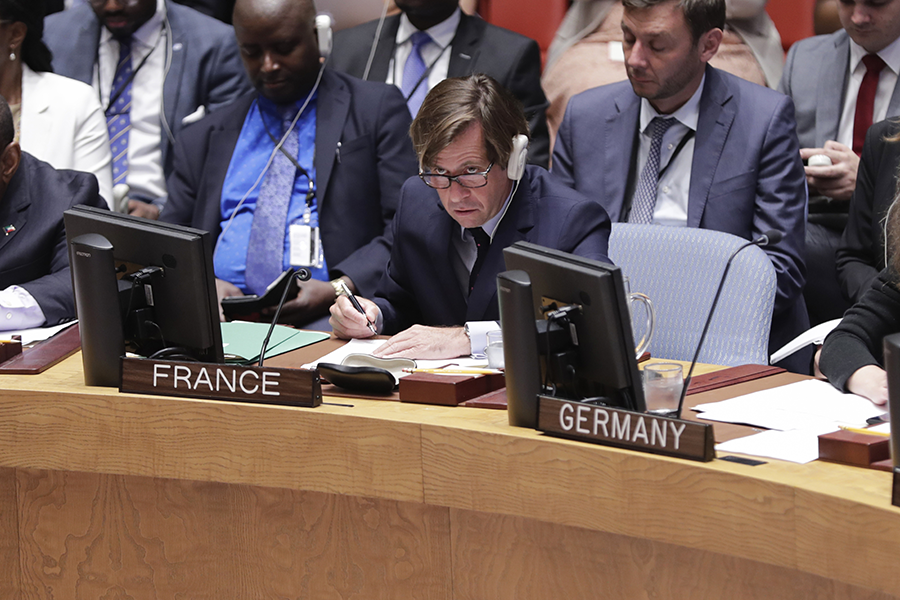 On June 29, Russia formally requested the meeting to discuss its allegation that the United States is funding a network of biological weapons laboratories in Ukraine. The claims, which Russia brought before the UN Security Council on March 11, March 18, and May 13, have been refuted repeatedly by Ukraine, the United Nations, and the United States.

As Russia continues to double down on the charges, multiple nations have expressed disappointment that it is choosing to use international forums to spread disinformation.

“I regret that the Security Council is being used by one of its permanent members as a propaganda platform,” Nicolas de Rivière, the French ambassador to the United Nations, tweeted on March 18.

Article V of the BWC provides that states-parties must “under[take] to consult bilaterally and multilaterally and cooperate in solving any problems which may arise in relation to the objective, or in the application” of the BWC.

After an informal meeting of states-parties on July 27, the UN announced that Russia’s requested consultative meeting will open on Aug. 26 and continue Sept. 5–7 and 9. György Molnár, Hungarian ambassador to the BWC, was named to chair the formal consultative meeting.

This provision has been invoked only once before, in 1997 when Cuba accused the United States of spraying an invasive insect, Thrips palmi, from an airplane in a biological attack on an agricultural region of Cuba. That meeting, attended by 75 states-parties and three signatories, ended inconclusively as no “direct causal link” could be established between the alleged attack and the insect infestation, according to a September 1997 article by the nongovernmental organization VERTIC.

Unlike other disarmament agreements, such as the Chemical Weapons Convention, the BWC has no implementing body to enforce the treaty’s ban on biological weapons.

But if Russia or any other state-party wishes to resolve allegations with a formal investigation, Article VI of the treaty gives member states the right to request that the Security Council investigate the alleged treaty breach.