“It will take all of us working together – government officials, and diplomats, academic experts, and scientists, activists, and organizers – to come up with new and innovative approaches to strengthen transparency and predictability, reduce risk, and forge the next generation of arms control agreements.”
– Wendy Sherman
U.S. Deputy Secretary of State
June 2, 2022
Iran Nuclear Deal Negotiations Reach Final Stage

Israel urged the Biden administration to walk away from negotiations with Iran to restore the 2015 nuclear deal, as the United States and Iran exchanged proposals to address the remaining gaps in a draft agreement. 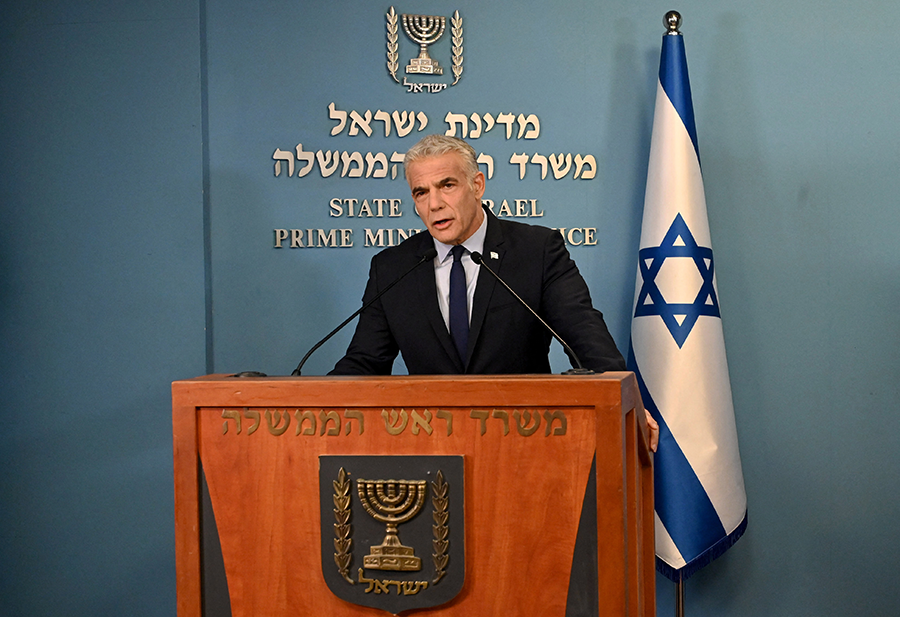 After indirect talks between the United States and Iran in Vienna in early August, EU foreign policy chief Josep Borrell circulated what he described as a final draft agreement to restore the nuclear deal, known as the Joint Comprehensive Plan of Action (JCPOA). In an Aug. 8 tweet announcing the final draft, he said that “what can be negotiated has been negotiated” and that if Washington and Tehran respond positively, “we can sign this deal.”

Tehran responded to Borrell’s draft on Aug. 15 with proposed changes that would provide Iran with greater assurances that it will continue to benefit economically if a future U.S. president were to withdraw from the JCPOA. The issue of guaranteeing sanctions relief has been central to Iran’s negotiating positions since talks to restore the JCPOA began in April 2021.

Borrell described Iran’s proposed changes to the draft deal as “reasonable” in an Aug. 21 press briefing.

Iranian Foreign Minister Hossein Amirabdollahian did not provide details on his government’s proposed changes, but told journalists on Aug. 15 that Iran needs to see a “realistic approach” from the United States on the issue of sanctions guarantees.

U.S. State Department spokesperson Ned Price confirmed that the United States sent a response to the European Union on Aug. 24 and did not provide any details on the U.S. position. But John Kirby, the White House National Security Council coordinator for strategic communications, told reporters on Aug. 24 that “gaps remain” between Washington and Tehran. “We’re not there yet,” he said.

Iranian Foreign Ministry spokesperson Nasser Kanaani confirmed that Tehran received the response. Iran said it would reply to the U.S. comments on Sept. 2.

While the United States was preparing its response to Iran’s proposed changes, Israeli officials urged the Biden administration to walk away from negotiations and suggested that Washington was prepared to concede too much to Tehran to restore the nuclear agreement.

Israeli Prime Minister Yair Lapid told reporters on Aug. 24 that what is now on the table is a “bad deal” and that negotiators “must stop and say enough.” The previous day, he said that the draft agreement to restore the JCPOA “does not meet the standards set by [U.S. President Joe] Biden himself: preventing Iran from becoming a nuclear state.”

If the United States and Iran reach a deal to restore the JCPOA, reimplementation of the accord could still be derailed by Iran’s insistence that prior to restoration of the JCPOA, the International Atomic Energy Agency (IAEA) must close its safeguards investigation into Iranian nuclear activities.

Since 2018, the IAEA has been investigating evidence that Iran did not fully declare its inventory of nuclear materials and activities as required by its legally binding safeguards agreement, which Iran must implement as a member of the nuclear Nonproliferation Treaty. (See ACT, July/August 2022.)

Despite reaching an agreement with the IAEA in March to try and close the probe by June, Tehran has failed to provide credible answers to the agency’s inquiries about the presence of uranium at three undeclared locations. This prompted the IAEA Board of Governors to pass a resolution in June censuring Iran for failing to cooperate with the agency. (See ACT, April 2022.)

To respond to Iran’s demand that the draft agreement reference the IAEA investigation, Borrell included, for the first time, language in the Aug. 8 draft addressing the probe. The EU draft says Iran will respond to the agency’s inquiries with the intent of clarifying the IAEA questions, and when the IAEA is satisfied with the Iranian responses, the parties to the JCPOA will encourage the board of governors to close the investigation.

The Aug. 15 response by Iran to the EU draft deal did not reference the IAEA safeguards issue, but Seyed Mohamaad Marandi, an adviser to the Iranian negotiating team, reiterated on Aug. 22 that “no deal will be implemented before the IAEA board permanently closes” what he called “the false accusations file.”

Rob Malley, U.S. special envoy for Iran, said in an Aug. 12 interview with PBS “NewsHour” that the Biden administration would not pressure the IAEA to close the investigation. He said the United States would be satisfied when the agency is satisfied.

On Aug. 22, IAEA Director-General Rafael Mariano Grossi said on CNN that the agency will “absolutely not” drop its investigation. He said the agency has a “legal obligation” to seek clarity regarding the presence of uranium at the undeclared locations in Iran.

Earlier, Grossi warned that “lack of progress in verifying the peaceful nature of Iran’s nuclear program will have consequences on the regional security landscape.” He said Tehran must give inspectors access and complete information, adding that those who “truly favor effective safeguards would never use their cooperation as a bargaining chip or IAEA inspectors as pawns in a political game.”