The United States completed tests for four different hypersonic weapon prototype systems this past summer, with one failure and three successes. Securing wins in hypersonic weapons development has been a major priority for the U.S. Defense Department in its quest to catch up to China, which recently launched a hypersonic glide vehicle in an exercise near Taiwan, and Russia, which used hypersonics for the first time in warfare in Ukraine. 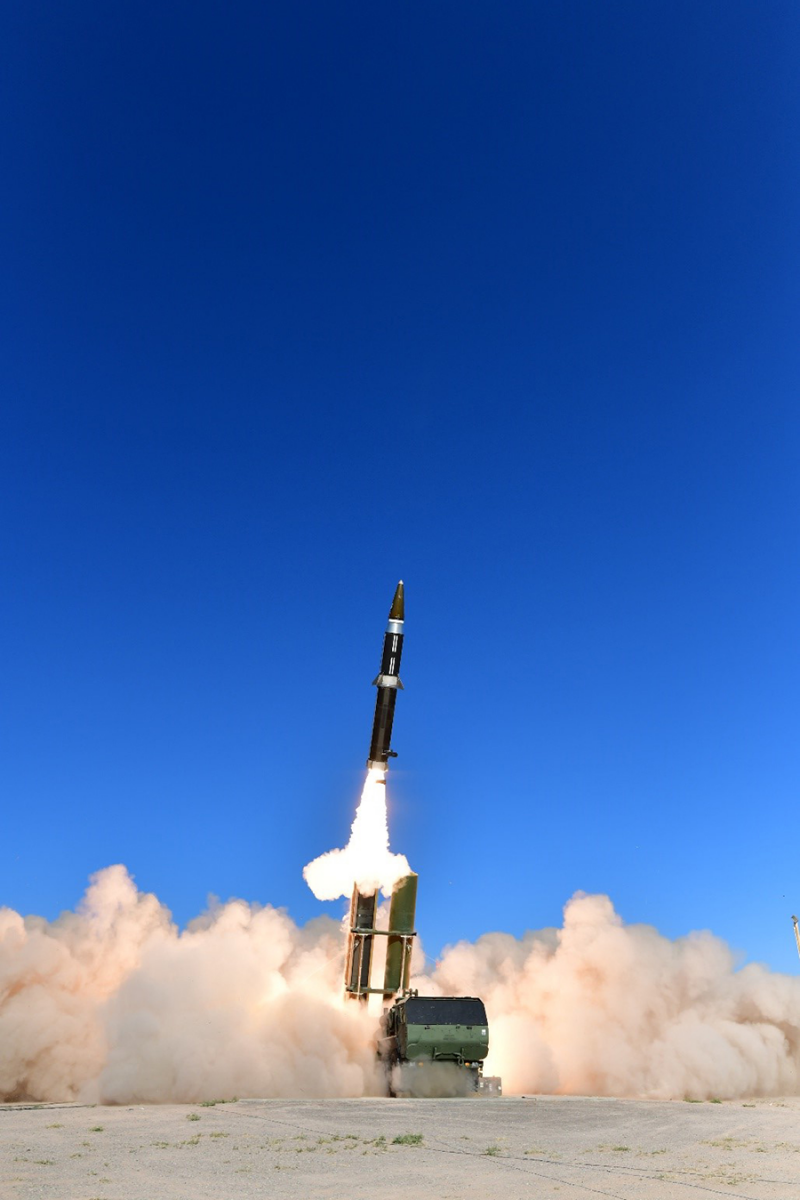 “What we are concerned about is falling behind” in the deployment of new hypersonic weapons capabilities, Sen. Marsha Blackburn (R-Tenn.) told Air Force Secretary Frank Kendall in a May hearing.

Defense Secretary Lloyd Austin has taken issue with that narrative, explaining in April that “hypersonics is a capability, but it’s not the only capability.”

The ARRW system, slated to be the first deployed U.S. hypersonic weapon, completed its primary and secondary objectives during the most recent test, according to an Air Force statement.

“We have now completed our booster test series and are ready to move forward to all-up-round testing later this year,” said Maj. Gen. Heath Collins, the program executive officer for weapons in the Air Force.

Nevertheless, the service is still determining what mix of capabilities it requires to counter U.S. adversaries and how hypersonic weapons, such as the ARRW system, fit into that equation.

“Obviously, you wouldn’t buy something that doesn’t work,” said Andrew Hunter, the top Air Force acquisition official, on July 16. “But even if it does work, it’s got to be the right contribution to the overall weapons mix and the highest priority targets.”

OpFires, a hypersonic boost-glide weapons system, fulfilled all of the test objectives during its first flight test at White Sands Missile Range in New Mexico in late May, according to a July 13 DARPA statement. The test marked the first use of a Marine Corps logistics truck as a medium-range missile launcher, the agency noted. The capability is scheduled to have additional flight tests and finish up a critical design review this year.

The May test was a “promising step” toward developing an “on-demand capability for accurately firing medium-range missiles from highly agile, readily available logistics trucks that are already in both the U.S. Army and U.S. Marine Corps inventory,” remarked Lt. Col. Joshua Stults, the DARPA program manager for the OpFires system.

After release from an aircraft, the HAWC vehicle was boosted to the correct point, at which the scramjet engine fired up and propelled the vehicle at an unspecified hypersonic speed for more than 345 miles.

But not all U.S. hypersonic weapons tests achieved the desired results. The collaboration between the Army and the Navy on the common hypersonic glide body was met with failure in the system’s first all-up-round test on June 29 due to the occurrence of an “anomaly” after ignition.

“While the [Defense] Department was unable to collect data on the entirety of the planned flight profile, the information gathered from this event will provide vital insights,” said Pentagon spokesperson Lt. Cdr. Tim Gorman.

The Navy leads the design of the common hypersonic glide body, developing a new booster for a glide vehicle adapted from an Army prototype system. Each service will tailor its own launchers for the new vehicle, with the Army’s Long-Range Hypersonic Weapon system launching from trucks and the Navy’s Conventional Prompt Strike system launching from a submarine or destroyer.

The Army and Navy successfully tested the common hypersonic glide body in March 2020 and held four more tests, three successful and one unsuccessful, in October 2021 to inform the development of various components of the system. (See ACT, November 2021; April 2020.)

This surge of activity in development of U.S. offensive hypersonic weapons over the past few years was sparked by the deployment of such capabilities by China and Russia. The recent U.S. tests occurred as Beijing and Moscow continue to quickly advance their respective hypersonic programs.

According to state-owned media sources, China launched DF-17 missiles from a ground-based platform during live-fire exercises near Pingtan Island in the Taiwan Strait in early August. A few days before those exercises, Beijing demonstrated the hypersonic weapon system, which was last seen in a 2019 military parade, in a video celebrating the 95th anniversary of the founding of the People’s Liberation Army.

Russia has two deployed hypersonic systems, the Avangard and the Kinzhal, the latter of which was used to strike targets in Ukraine in March and possibly in May. (See ACT, April and June 2022.)

Russian President Vladimir Putin also announced on July 31 that the Zircon, a sea-launched hypersonic cruise missile he described as having “no obstacles,” will be deployed in August.

“The area in which the ship equipped with Zircon hypersonic cruise missiles will carry out its duty will be selected based on Russia’s security interests,” Putin said. Zircon was last tested in May. (See ACT, July/August 2022.)

The development and deployment of hypersonic weapon capabilities by China and Russia has propelled the United States to quickly build its own such weapons and to establish defenses against Chinese and Russian hypersonics.

The Pentagon has begun investing substantial funds in the creation of a counterhypersonic weapons ensemble, consisting of a constellation of low-orbit surveillance satellites and a regional hypersonic interceptor, called the Glide Phase Interceptor (GPI), designed to strike enemy boost-glide missiles while in the final stage of their flight.

Despite a finding by the U.S. Government Accountability Office that these systems are being advanced without a thorough assessment of the technical risks involved, the Defense Department is rushing ahead with plans for their development and deployment.

In late June, the U.S. Missile Defense Agency awarded Raytheon and Northrop Grumman contracts of approximately $61 million each to develop prototype GPI missiles. After rigorous testing of both prototypes, one will be chosen for full-scale production and be deployed within the Aegis ballistic missile defense system.

A few weeks later, the U.S. Space Development Agency awarded $700 million to L3Harris and $617 million to Northrop Grumman to build 14 satellites each for the so-called tranche-1 tracking layer of a missile warning and tracking system in low-earth orbit.

The rapid development of the satellites, slated to begin launching in 2025, was made possible due to the decision by Congress to appropriate $550 million for the effort in fiscal year 2022. Ultimately, as many as 200 satellites could be deployed as part of this system.