Nuclear explosive tests are boom times for nuclear policy analysts, and the tests conducted by India and Pakistan in the spring of 1998 resulted in considerable demand for commentary and content from media outlets around the world. As an admittedly green junior researcher at the Carnegie Endowment for International Peace (CEIP) that year, I found myself opining in articles and interviews about a region that I was just starting to understand. It was in this context that Michael Krepon sought me out after seeing an article I wrote on how India and Pakistan might emulate the transparency and trust-building process that enabled Argentina and Brazil to end their flirtations with the bomb. 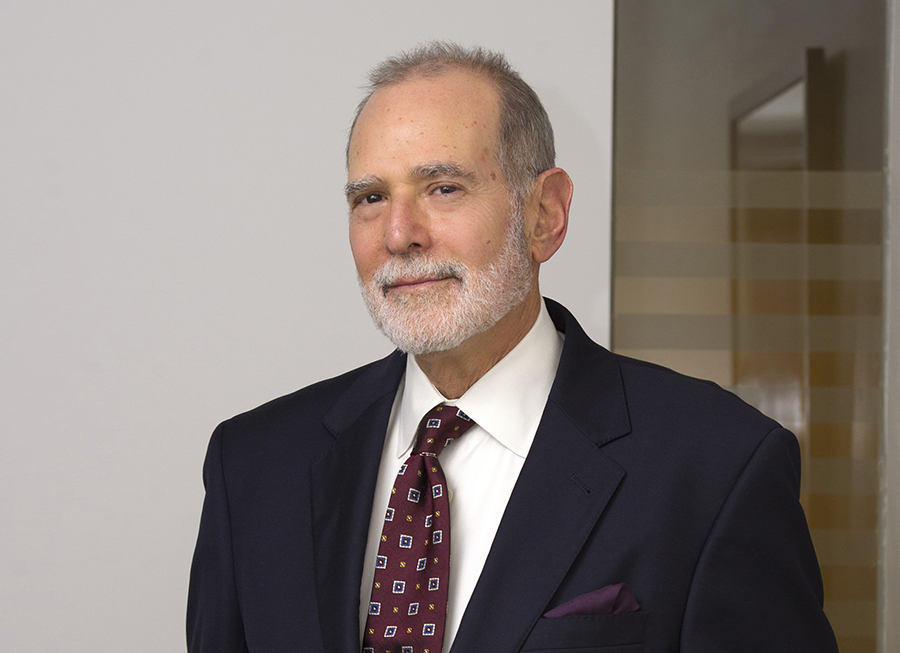 After knowing Michael for the last 20-plus years, I now have a good idea why he called me out of the blue to join an irregular discussion group among younger South Asia watchers. Back then, I could little understand why he would be interested in me or my ideas. By that point, he had written numerous articles on the nuclear challenge in South Asia and the role of confidence-building measures in tempering competition there. What I have observed in the intervening years is that Michael was something of a collector of people. He invested substantial time in mentorship, in seeding ideas, in providing opportunity for young people, and in sustaining connections with scholars around the world. His approach to life, including collecting friends and colleagues, helped sustain his optimism in a field largely characterized by pessimism and the need to avert worst outcomes.

Michael passed away on July 16. He survived cancers on three occasions, but for years had the feeling of “living on bonus time.” He made remarkable use of that time. His career spanned Cold War and post-Cold War efforts to restrain the spread and use of weapons of mass destruction as he worked to end the U.S. production of chemical weapons, advocated for the negotiation of strategic arms control treaties with the Soviet Union and Russia, and campaigned for the permanent extension of the nuclear Nonproliferation Treaty in 1995. Yet, it was his work on South Asia that captures the essence of Michael as a thinker, mentor, and humanitarian.

Well before 1998, Michael identified South Asia as a region in which the risk of nuclear weapons use was growing. Sensing events to come, in 1995 he co-edited a volume of essays, Crisis Prevention, Confidence Building, and Reconciliation in South Asia, in which he cautioned against infatuation with the supposed stabilizing effects of nuclear weapons in a crisis-prone region. “It is odd,” he wrote, “that South Asian strategists who have long rejected the imposition of alien Western constructs should warmly embrace the concept of nuclear deterrence developed at the RAND Corporation and other redoubts of U.S. ‘Cold Warriors.’ In truth the Cold War history of nuclear deterrence was far from stable.”1 He counseled that nuclear stability is only possible if it is paired with confidence-building measures, another “foreign import” from the Cold War.

The topic of confidence-building measures is probably the central through line of Michael’s work on South Asia, a theme to which he returned regularly after the 1998 nuclear tests. In a 2004 essay, he observed that “no one has lost money betting against peacemaking on the subcontinent.… [But] the best chance of defusing nuclear danger and controlling escalation lies in political engagement.”2 That same year, he edited an entire volume on nuclear risk reduction measures that could be applied in South Asia. In the introduction, he advanced a moral-political argument for pairing nuclear deterrence with confidence-building steps. These measures are not “favors to be dispensed by national leaders, they are essential requirements owed by national leaders to their fellow citizens,” he wrote.3 In one of his more recent essays on the topic, Michael neatly summarized the motivation for his decades-long dedication to advancing confidence-building measures: “When governments refrain from adopting useful diplomatic initiatives, it is the responsibility of conscientious analysts to offer useful initiatives that might be considered once political conditions permit.”4

Not content to simply analyze these topics from afar, Michael made periodic visits to South Asia to connect directly with scholars and officials. While posted at the U.S. embassy in Islamabad in mid-2009, I reconnected with Michael over tea at the Serena Hotel. Having recovered from lymphoma, he was resuming his travels in the region. I was surprised to see him, but his energy and enthusiasm were irrepressible. He was in Pakistan to lecture and visit with officials at the Pakistani Strategic Plans Division. After 1998, Michael had hit on the idea of hosting military officers from Pakistan at the Stimson Center, which he co-founded in 1989, as a way to build bridges between the U.S. and Pakistani strategic communities after years of estrangement. Michael no doubt also hoped that some of his ideas on confidence-building measures and the need to find ways to restrain nuclear competition would sink in with his guests. Many of these visiting fellows subsequently rose to prominent arms control and disarmament positions in the Pakistani military and at various think tanks. The U.S. connections to them and their institutions owe much to Michael’s initiative.

Annually from 2011 to 2015, George Perkovich, CEIP vice president for studies, and I traveled with Michael and other colleagues to India and Pakistan as part of a joint project with the Stimson Center to facilitate dialogue on nuclear issues. It was a challenging period to champion messages of restraint given the investments that the South Asian countries were making in nuclear deterrence. This was especially the case in Pakistan, where we were on the receiving end of a litany of complaints about U.S. favoritism toward India and conspiracies about U.S. plans to disarm Pakistan of its nuclear weapons by force. Michael gave as good as he got in these exchanges, reminding his audiences of the dangers inherent in overinvestment in nuclear deterrence without also pursuing risk reduction. Probably his messages sounded sanctimonious, but Michael believed he had history on his side and that Pakistanis and Indians ignored that history at their peril.

Just as critical as engaging senior government officials and military officers on these trips was the time spent with students and young analysts. Michael was ebullient in these settings, encouraging his audiences to think critically about prevailing narratives of nuclear weapons and national security. At the Stimson Center, Michael and colleagues backed up these overseas exchanges with a series of innovative ways to sustain mentorship of young South Asians. They established South Asian Voices, an online platform for analysts to publish independently; hosted visiting fellows from each country every summer; and created online certificate courses on deterrence in southern Asia. These initiatives endure, ensuring that a generation of scholars and analysts from South Asia will have greater connections to and understanding of the United States as a result.

In recent years, Michael’s attention turned to distilling his thoughts and observations on deterrence and arms control. These often took the form of periodic and pithy blog posts on Arms Control Wonk. His last post, on June 26, relayed the news of another cancer diagnosis and the difficult decision not to treat it in hope of gaining more bonus time. He also neatly summarized what should be among the central takeaways from his decades of work, including his experience in South Asia: “Deterrence strategists widely presume that deterrence and reassurance work at cross purposes. Some arms controllers hold a similarly bleak view about deterrence. The historical record demonstrates otherwise—that deterrence and arms control can coexist, and that they must coexist to avoid mushroom clouds.”5

He had expounded on this theme in a 2021 book, Winning and Losing the Nuclear Peace: The Rise, Demise and Revival of Arms Control. The volume is vintage Michael in tone and substance. He pulls no punches in arguing that there is no peace inherent in the possession of nuclear weapons, but rather it is an outcome that can only be reached through a combination of luck and hard, meaningful work by generations of analysts and practitioners. What strikes me in rereading the conclusion of this work is Michael’s optimism in believing in the inevitability of arms control revival, despite increasingly ominous global events. “We will revive arms control because our lives depend on it,” Michael writes. “Those who practiced arms control accomplished great things; they have left more work for us to do. It is now up to us to extend the nuclear peace.”6

Michael is gone, but his ideas and his optimism, his approach to work and life—to see humanity, to nurture relationships with people and the natural world, to build connections—should be admired and emulated.

Toby Dalton is co-director and a senior fellow of the Nuclear Policy Program at the Carnegie Endowment for International Peace.