The United States and Russia established two working groups during a September strategic stability dialogue as a next step to make meaningful progress on arms control for the first time in nearly a decade. 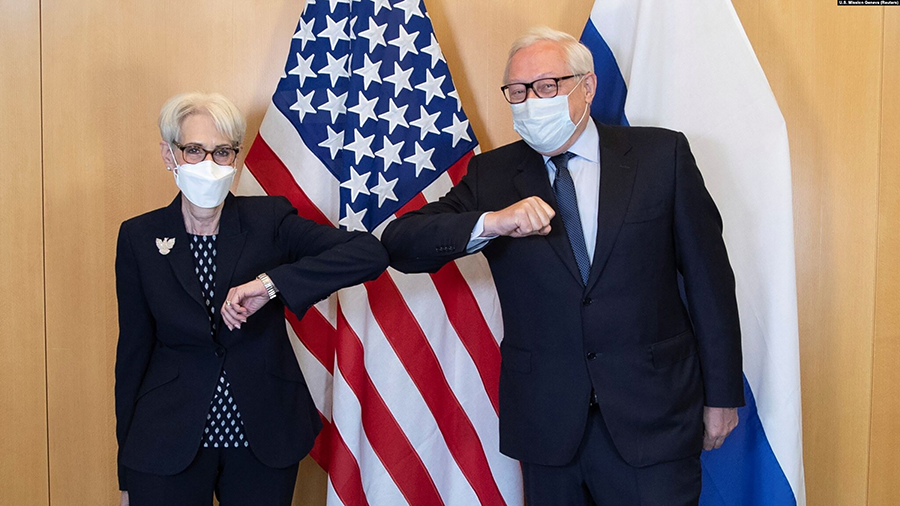 The two countries released a joint statement following the Sept. 30 meeting in Geneva, which described the dialogue as “intensive and substantive” and officially named the Working Group on Principles and Objectives for Future Arms Control and the Working Group on Capabilities and Actions With Strategic Effects.

“The delegations additionally agreed that the two working groups would commence their meetings, to be followed by a third plenary meeting,” the statement said. The date of the third meeting is yet to be announced.

After the dialogue, a senior U.S. administration official told Reuters there was “a detailed and dynamic exchange” and “the discussion was very interactive and broad based and we think we were able to cover a variety of issues.”

“It is no surprise that the dialogue proves that the two sides have many discords, disagreements, and contradictory views on things, and only a few points of convergence,” Ryabkov told the Geneva Centre for Security Policy on Oct. 1. But “it is just the beginning of the journey. If political will and readiness for creative diplomacy prevail on both sides, then there are no unbridgeable gaps.”

The first round of the strategic stability dialogue under the Biden administration took place in July. (See ACT, September 2021.) President Joe Biden and Russian President Vladimir Putin agreed during their June summit to relaunch the dialogue to “seek to lay the groundwork for future arms control and risk reduction measures.” (See ACT, July/August 2021.)

Jenkins outlined the Biden administration’s goals for the dialogue on Sept. 6, saying that U.S. efforts “are guided by several key concepts,” which include seeking to limit new kinds of intercontinental-range nuclear delivery systems; address all nuclear warheads, such as nonstrategic, or tactical, nuclear weapons; and maintain the limits imposed by the 2010 New Strategic Arms Reduction Treaty (New START). She added that the administration has also made pursuing new risk reduction measures with China a “priority.”

Russia has sought to develop “a new security equation” that addresses all nuclear and non-nuclear, offensive and defensive weapons that affect strategic stability. That would include U.S. missile defense systems, which Washington has resisted putting on the table.

The new groups are different than those established by the Trump administration that focused on nuclear warheads and doctrine, verification, and space. The new working group on future arms control might aim, for instance, to outline the scope of what agreement could follow after New START expires in 2026. Ryabkov has said that what may come next could be “a legally binding document, perhaps not one, but several texts, both legally and politically binding, if such an option is deemed preferable by both parties.”

The other new working group on capabilities and actions with strategic effects might cover discussion on issues such as long-range conventional or dual-capable precision fires, such as hypersonic weapons, and tactical nuclear weapons.

It remains unclear whether or how the Biden administration plans to transition the strategic stability dialogue to more formal negotiations on an arms control agreement or other arrangement to follow New START. Biden said in June that “we’ll find out within the next six months to a year whether or not we actually have a strategic dialogue that matters.”

Following the September meeting, Ryabkov described the Biden administration’s “concepts and ideas” as “immature at this stage” due to the ongoing Nuclear Posture Review. “We take it as it is and believe that, in the meantime, there is enough space for intense discussions,” he told the Geneva Centre on Oct. 1.

Ryabkov reiterated Moscow’s rejection of a 2020 proposal that paired a one-year extension of New START with a one-year freeze on the numbers of U.S. and Russian nuclear warheads. (See ACT, November 2020.) At the time, New START was set to expire in February 2021. But the Trump administration also requested that the freeze contain detailed definitions and verification measures, which prompted Russia to dismiss the proposal.

“It was a one-time offer,” said Ryabkov after the September dialogue, and the United States “missed the opportunity.” Last year, he had said that, by adding other terms to the freeze, the Trump administration “will immediately destroy the possibility of reaching the agreement.”

New START, signed in 2010, caps the U.S. and Russian strategic nuclear arsenals at 1,550 deployed warheads and 700 deployed delivery vehicles and heavy bombers each. The Bilateral Consultative Commission, the treaty implementing body, restarted its meetings for the first time since the start of the coronavirus pandemic on Oct. 5-14 in Geneva. “The U.S. and Russian delegations continued the discussion of practical issues related to the implementation of the treaty,” the U.S. State Department said a statement. But on-site inspections conducted under the treaty have not resumed.