Forty-five nations have demanded that Russia clarify and resolve unanswered questions regarding its handling of the poisoning of opposition leader Alexei Navalny. 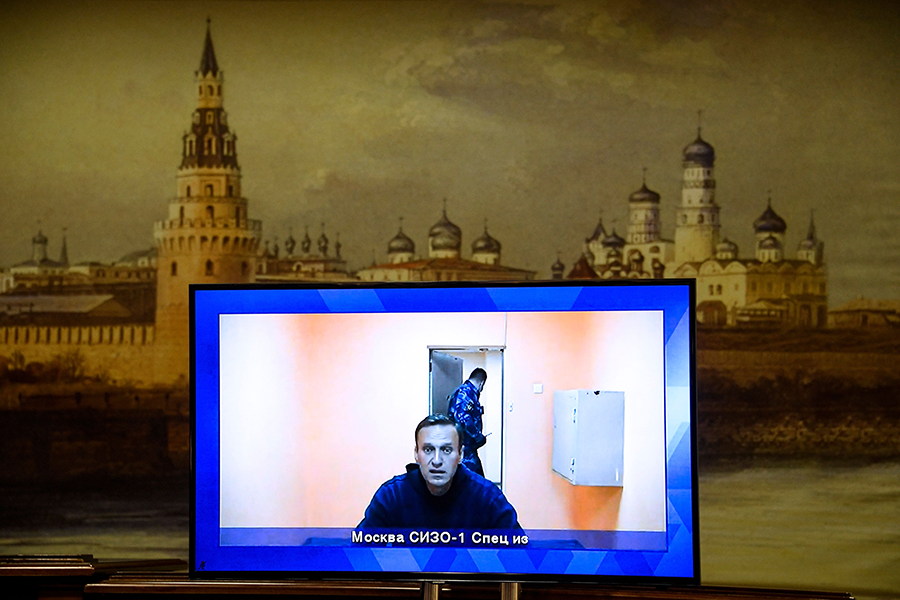 The action was taken last month during a meeting of the Organisation for the Prohibition of Chemical Weapons Executive Council. The UK-led joint statement invoked Article XI of the Chemical Weapons Convention, which allows states to request clarification of any matter relating to the implementation of the convention. Russia was given 10 days to clarify what steps it has taken and plans to take to address the Navalny incident. Russia was also instructed to explain why it has not negotiated a technical assistance visit with the OPCW, the global chemical weapons watchdog, to investigate the incident.

Supporters of the joint statement included the European Union, Australia, Canada, and the United States, among others. Speaking for the 45 states-parties, Krassimir Kostov, the Bulgarian representative to the OPCW, explained why clarification from Russia was needed.

After falling ill on a domestic flight in Russia on Aug. 20, 2020, Navalny received emergency medical treatment at a hospital in Omsk, Russia. He was moved from Omsk to the Charite Hospital in Berlin on Aug. 22. By Sept. 3, German experts had determined that Navalny was poisoned by a “nerve agent from the so-called Novichok group.”

Germany submitted a request for a technical assistance visit from the OPCW to confirm the identity of the chemical agent. An OPCW team traveled to Germany on Sept. 4 and collected biomedical samples from Navalny. Analysis of the samples by the OPCW laboratory near The Hague, as well as OPCW-certified laboratories in France and Sweden, confirmed Germany’s findings.

On Oct. 1, 2020, Russia reached out to the OPCW regarding a possible technical assistance visit to “cooperate with Russian experts in studying the results of Alexey Navalny’s tests to determine signs of a possible crime on the territory of the Russian Federation.”

But Russia did not agree to the terms of the visit proposed by the OPCW, and talks reached a stalemate. Last month’s OPCW joint statement called on Russia to answer “why the Russian Federation has been unable to accept the standard modalities for such a visit.”

Russia responded on Oct. 7 with its own set of questions for France, Germany, Sweden, the United Kingdom, and the OPCW, along with a 230-plus-page note verbale containing mostly German and Russian official OPCW correspondence about the Navalny incident.

“Today, effectively two days ahead of the deadline, Russia provided its worthy and legally calibrated response to the request of the 45 states,” Alexander Shulgin, Russian representative to the OPCW, said during an interview with the Russian news agency TASS.

“Simultaneously, we have initiated a request of our own. On the record and in attendance of all members of the OPCW Executive Council, we once again handed over an entire list of questions to Germany, France, and Sweden regarding this muddy story and their role in the spectacle they have staged themselves,” Shulgin added.

Germany responded that Russia’s note verbale “does not contain any answers to the set of questions” asked by the 45 states-parties and rejected Russia’s “attempts to discredit other states-parties as well as to question the impartiality and professionalism” of the OPCW.

One Russian question asked why the formula for the Novichok nerve agent identified by the OPCW, French, German, and Swedish laboratories was being “hidden” from Russian experts. Russia insists that the biomedical samples taken from Navalny while he was in the Omsk hospital do not show any evidence of the nerve agent.

The UK responded that Russia “had full access to the patient, affording the opportunity to recover biomedical samples of the kind which five separate laboratories used to establish the presence of a cholinesterase inhibitor structurally similar” to Novichok.

Several other questions focused on Maria Pevchikh, one of Navalny’s colleagues. Russia asked why there “were traces of some kind of chemicals found on the water bottle [Pevchikh] bought in the airport departure area.” It also asked why her role “in the whole affair [was] so carefully concealed.”

Germany countered that “the traces found by German experts on the water bottle which had been collected from Mr. Navalny’s hotel room are identical with the traces found in the biomedical samples taken from Mr. Navalny” and called on Russia “to investigate the events that took place on Russian territory.” The UK responded that “media reports have documented [Pevchikh’s] role in Mr. Navalny’s anti-corruption organization.”

It was clear from this exchange that the two sides disagree on the basic facts of the case.

If the UK deems Russia’s clarification to be inadequate or Russia deems the clarifications of France, Germany, Sweden, the UK, and the OPCW to be inadequate, the requesting parties can call on the OPCW director-general to “establish a group of experts from the Technical Secretariat…to examine all available information” and report its findings. If the parties are still not satisfied, they could call for a special session of the OPCW Executive Council to consider the matter and recommend an appropriate solution. The Navalny incident is likely to remain a matter of contention at the annual conference of CWC states-parties in November.