South Korea launched a ballistic missile from a submarine in September, making it the first country without nuclear weapons to develop that capability. 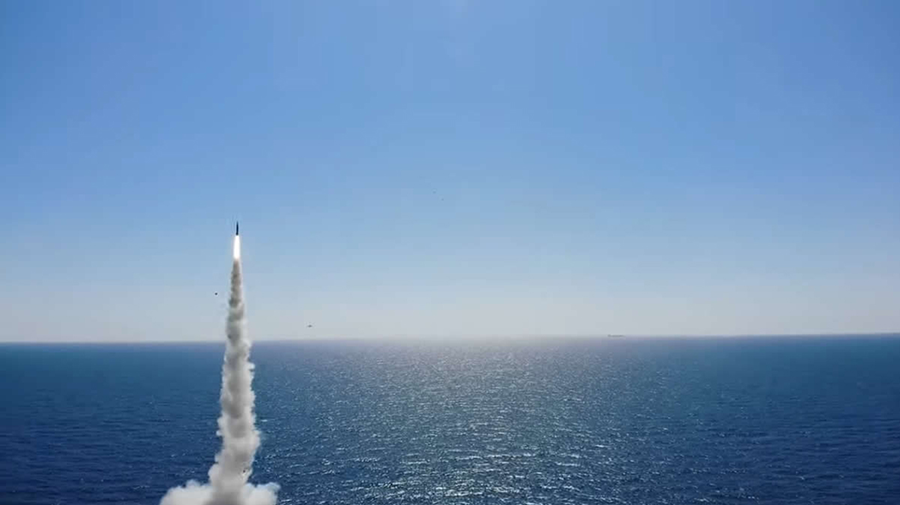 The Defense Ministry in Seoul described the launch as a success and said the missile “accurately hit its target.” The submarine-launched ballistic missile (SLBM) capability is “an important milestone” that will “contribute to realizing a strong national defense and a solid military readiness posture,” according to a Sept. 15 statement.

The missile was tested from South Korea’s domestically built attack submarine, the Dosan An Chang-ho, which was commissioned in August. (See ACT, September 2021.) It is the first of three submarines capable of carrying six ballistic missiles that South Korea plans to deploy. South Korean news outlets reported that the submarine successfully fired an SLBM on Sept. 7, but the South Korean government has only confirmed the Sept. 15 launch. Prior to the submarine launches, South Korea conducted test launches from a submerged barge and from a ground-based test facility. The Defense Ministry said it will conduct further tests before an SLBM is deployed on the Dosan An Chang-ho.

States generally pursue SLBMs in order to provide a survivable, second-strike nuclear capability. Given that South Korea is an ally of the United States and covered by its extended nuclear deterrent, including U.S. SLBMs, it is unclear why South Korea views this capability as necessary and worth the risk of continuing to drive the missile race between North and South Korea.

Defense Department spokesman James Kirby said in a Sept. 20 press briefing that the United States is working closely with South Korea to ensure “complementary military capabilities” that are “commensurate with the continued threats that we see on the peninsula.”

Although North Korea is developing its own SLBM capability and has tested missiles from a submerged barge, officials in Pyongyang decried South Korea’s SLBM capability as detrimental to peace on the peninsula and used the test to justify its own continued missile development.

Kim Yo Jong, vice department director of the Worker’s Party of Korea, in a Sept. 15 statement questioned why Moon is “repeatedly calling for backing peace with a powerful force.” Kim, the sister of North Korean leader Kim Jong Un, criticized Moon for accusing North Korea of provocations and said South Korea has an “illogical and stupid habit of describing its act as a just one supporting peace and describing [North Korea’s] act of similar nature as one threatening peace.” North Korea’s tests are part of the country’s established self-defense plan, she said.

Pyongyang also sought to downplay the South Korean SLBM by questioning the veracity of the test. North Korea’s Academy of National Defence issued a statement Sept. 20 saying that the photos of the SLBM that South Korea released “could have deliberately been retouched” and that the missile looked more like a short-range ground-based ballistic missile that South Korea had already developed. The statement claimed that the weapon “has not yet reached the stage of being regarded as a weapon of strategic and tactical significance.”

South Korea’s SLBM test comes amid an expansion of the country’s military capabilities and continued debate over the country’s status as a non-nuclear-weapon state. In addition to the SLBM capability, South Korea has increased its military spending under Moon and invested in several new weapons systems. (See ACT, September 2021.)

Public support for South Korea developing its own nuclear weapons reached a new high in 2020 with 69 percent of the population voicing support, according to a Sept. 13 report from the Asan Institute. Since the institute began polling on this question, support for an indigenous nuclear weapons program was the lowest in 2018, when 55 percent of the population supported the idea.

In the 2020 poll, 61 percent supported reintroducing U.S. tactical nuclear weapons to the Korean peninsula, a view that one leading candidate for South Korea’s presidential election in March has also endorsed.

Hong Joon-pyo, a conservative, said that if elected he would support a nuclear sharing agreement with the United States. Lee Jae-myung, the likely candidate from Moon’s party, opposes nuclear sharing, arguing that it diminishes South Korea’s credibility in demanding that North Korea denuclearize.

In 1991, the United States removed nuclear weapons that it had based in South Korea.