The Biden administration has kicked off a review of U.S. missile defense policy, according to the Defense Department. 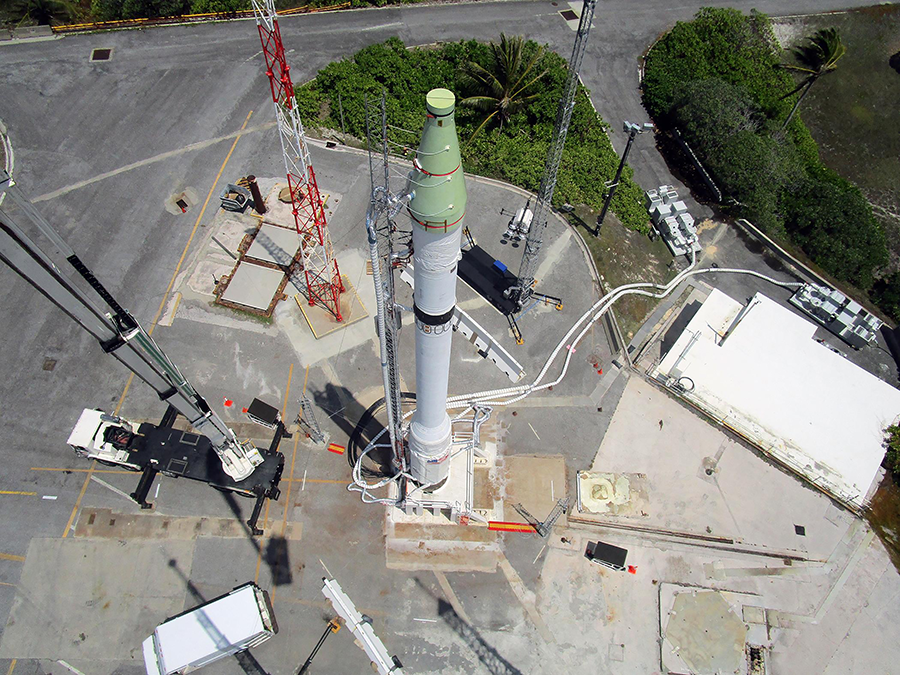 “The Missile Defense Review is currently underway,” Lt. Col. Uriah Orland, a Defense Department spokesman, told Arms Control Today on Aug. 13. “The review started in late June, and it will be finalized in conjunction with the National Defense Strategy early next year.”

The Trump administration’s review, published in January 2019, proposed a significant expansion of the role and scope of U.S. missile defenses. (See ACT, March 2019.) But it did not result in any immediate changes to U.S. defense deployments.

As a senator during the George W. Bush administration, Biden raised concerns about the administration’s disdain for the 1972 Anti-Ballistic Missile (ABM) Treaty and plans to accelerate the fielding of an initial capability to defend the United States against long-range ballistic missile attacks.

“Are we really prepared to raise the starting gun in a new arms race in a potentially dangerous world?” he said in a speech on Sept. 10, 2001. “Because make no mistake about it, folks, if we deploy a missile defense system that is being contemplated, we could do just that.”

But Biden was largely silent on his views on missile defense during the 2020 presidential campaign.

The most significant early decision made by the Biden administration on missile defense was to continue with plans to build a new interceptor to counter long-range ballistic missile attacks. (See ACT, June 2021.)

The missile, known as the Next Generation Interceptor (NGI), emerged during the Trump administration after the Pentagon in 2019 cancelled the program to design an upgraded kill vehicle, the Redesigned Kill Vehicle, for the already existing 44 interceptors that are part of the Ground-Based Midcourse Defense system.

An independent Defense Department cost estimate published in April put the estimated cost of the interceptor at $18 billion over its lifetime.

The department plans to supplement the existing 44 ground-based interceptors with 20 NGIs beginning not later than 2028 to bring the fleet total to 64. In the meantime, the Biden administration’s budget request would continue to fund a service life extension program for the existing interceptors to keep them viable until the NGI is fielded.

Although the Missile Defense Review is certain to endorse development of the NGI, it remains to be seen whether the administration will bless, beyond this year, plans to supplement U.S. homeland missile defenses by modifying existing systems to defend against longer-range threats.

Congress has been skeptical of the plans, and the Government Accountability Office has raised technical concerns.

The Pentagon conducted a successful first intercept test of the Aegis Standard Missile-3 Block IIA missile against an ICBM target last November. (See ACT, December 2020.) Among the decisions the Biden administration will need to make is whether to pursue more such tests of the interceptor.

Other key programmatic issues likely to be considered in the review include the future of U.S. efforts to build a defense against hypersonic glide vehicles and cruise missiles and how best to augment the defense of Guam.

The Missile Defense Review will also address several policy issues, including the role of missile defenses in U.S. security policy and how to deal with defenses in arms control talks.

Traditionally, the United States has pursued long-range missile defenses to defend against a possible limited nuclear ICBM attack from North Korea or, in the future, Iran and relied on nuclear deterrence to defend against the larger, more sophisticated Russian and Chinese nuclear arsenals.

The Trump administration’s review endorsed this declaratory approach, although President Donald Trump said the goal of U.S. missile defenses is to “ensure we can detect and destroy any missile launched against the United States—anywhere, anytime, anyplace.”

Whether to accept negotiated limits on U.S. missile defenses is likely to be among the most contentious issues considered in the review and as part of broader policy development conversations within the administration about arms control diplomacy with Russia and possibly China.

Since the U.S. withdrawal from the ABM Treaty in 2002, long-standing U.S. policy has been to reject negotiated constraints on the development and deployment of U.S. missile defenses.

Amid the resumption of a strategic stability dialogue with Russia, the administration has expressed its desire to bring additional types of Russian nuclear weapons into the arms control process, namely so-called tactical nuclear warheads, and bring China into the arms control process for the first time. (See ACT, September 2021.) But it has not commented on whether it would be open to discussing missile defense in formal arms control talks and, if so, to what extent.

Russia, meanwhile, wants to focus on developing “a new security equation” that addresses all nuclear and non-nuclear, offensive and defensive weapons that affect strategic stability. That would include U.S. missile defense systems.