Member states of the 1996 Comprehensive Test Ban Treaty (CTBT) marked the 25th anniversary of the opening for signature of the treaty with a series of events last month at the United Nations, culminating in a special Security Council meeting on Sept. 27 convened by Ireland, which holds one of the rotating seats on the 12-member council. 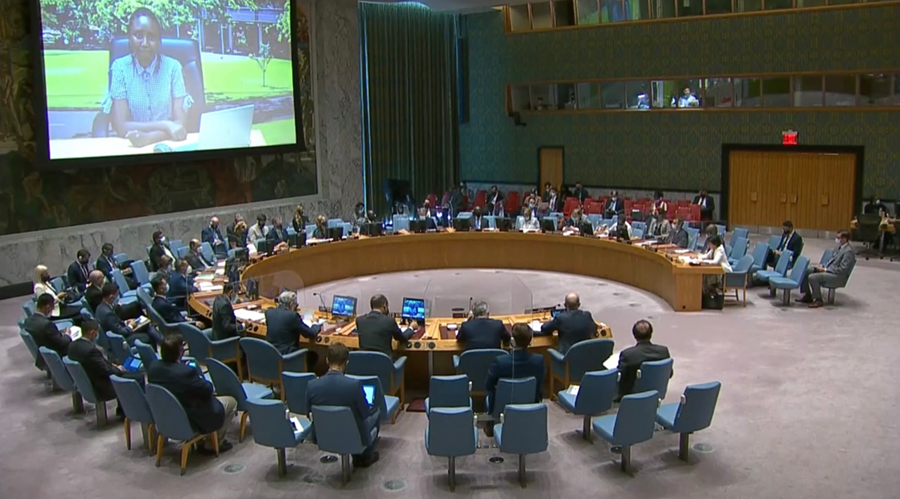 At the Security Council meeting, senior officials representing council members, including the six states that have conducted nuclear test explosions, spoke. The new head of the Preparatory Commission for the Comprehensive Nuclear-Test-Ban Organization (CTBTO), Robert Floyd; the head of the UN Office of Disarmament Affairs; and a civil society representative from Kenya also addressed the Council.

In a departure from the Trump administration, the U.S. envoy’s statement reaffirmed that the United States supports the CTBT and “is committed to achieving its entry into force.” China’s representative also reiterated Beijing’s support for the treaty. Both states have signed the CTBT but failed to ratify. Neither country’s representative indicated when they might seek to complete the ratification process.

India’s envoy told the council that his country “supports the realization of a nuclear weapons free world through a step for step process” and that India participated in the CTBT negotiations at the Conference on Disarmament (CD) but could not join the treaty “as it did not address our concerns.” He noted that India will continue to observe a nuclear testing moratorium and is committed to working on disarmament in the CD.

One hundred and eighty-five states have signed the CTBT and 170 have ratified it. Eight key states, including the United States and China and India, must still ratify the treaty for it to formally enter into force.

Since the tit-for-tat Indian and Pakistani nuclear tests of 1998, all states except North Korea have respected the strong de facto international norm created by the CTBT and upheld moratoriums on nuclear weapons testing. Since 2017, even North Korea has halted nuclear testing. The Security Council has condemned each of the handful of nuclear tests conducted since the CTBT’s opening for signature and imposed sanctions in each case.

The last time the Security Council addressed the CTBT issue was on Sept. 22, 2016, when it marked the treaty’s 20th anniversary with the adoption of Resolution 2310. In the resolution, the council stressed the “vital importance and urgency” of achieving the early entry into force of the treaty and urged all states to sign and ratify it. The council also recognized a joint statement from its permanent five members not to take any action that would “defeat the object or purpose of the treaty,” which is to halt “any nuclear weapon test explosion and any other nuclear test explosion.”

Due to opposition from France, however, this year’s special Security Council session did not result in a joint statement, according to multiple diplomatic sources.

Days earlier on Sept. 23 and 24, CTBT member states met for the Conference on Facilitating Entry Into Force of the CTBT, a meeting held every other year to “to promote cooperation aimed at promoting further signatures and ratifications.”

“I want to make clear,” Jenkins said, “the United States supports the CTBT and is committed to work to achieve its entry into force. This is no easy task. It is important to remember that no one country can make entry into force happen on its own. Within the United States, we recognize that securing the advice and consent of the U.S. Senate to ratification will require deliberate outreach and education to ensure that the benefits of an in-force CTBT are clearly understood by all.”

On Sept. 24, Russian President Vladimir Putin issued a statement on social media that said: “Countries that are yet to join the treaty need to show political will. The agreement’s entry into force would serve the interests of the whole global community of nations.”

At the insistence of states including the China and the United Kingdom, the CTBT text includes an unorthodox entry into force section, which is spelled out in Article XIV, and is designed to require that India and other nuclear weapons-capable states all join the treaty before it enters into force. Article XIV requires ratification by 44 named states, members of the Conference on Disarmament that also appear in the International Atomic Energy Agency’s (IAEA) list of states with nuclear power reactors. Two of the eight key holdout states, China and the United States, have signed the treaty and have refrained from testing, but they have not yet ratified and have not indicated when they will do so.

Article XIV also established the option for states-parties to the treaty to convene conferences to exhort holdout states to sign and ratify. Germany and Algeria co-chaired the Sept. 27 conference, which was the 12th such conference since the treaty was concluded, and then reported on their efforts to promote the treaty. Italy and South Africa will serve as co-chairs for the coming year.

UN member states also reaffirmed support for an end to nuclear testing at another high-level meeting at UN headquarters on Sept. 8. That conference marked the closure of the former Soviet Union’s former Semipalatinsk test site in eastern Kazakhstan. Thirty years ago, on August 29, 1991, the site was officially shut down after more than 450 nuclear detonations. The UN now recognizes the date as International Day Against Nuclear Tests.

Magzhan Ilyassov, Kazakhstan’s UN ambassador, speaking to UN News said, “For us, the 29th of August is not a day in the calendar. It is a reminder about how traumatic nuclear tests can be for humankind because in Kazakhstan alone, 1.5 million people still suffer, and will unfortunately suffer for future generations, from genetic diseases, cancer, leukemia, which were caused by exposure to nuclear tests.”

In a Sept. 30 statement, UN Secretary General António Guterres said, “I once again urge those states that have not yet ratified the treaty to do so without delay. Eight states whose ratifications are necessary for the treaty to enter into force have a special responsibility. At the same time, all states should maintain or implement moratoria on nuclear explosions. The International Day Against Nuclear Tests is an opportunity to reaffirm our commitment to outlaw all nuclear tests, by anyone, anywhere. There is no excuse to delay achieving this goal.”

U.S. President Joe Biden also recognized the day. “On behalf of the United States of America, I want to extend my best wishes to the people of Kazakhstan as you mark three decades since the closure of the Semipalatinsk nuclear test site on Aug. 29,” he wrote in a Sept. 1 letter to Kazakhstan’s President Kassym-Jomart Tokayev. “The United States remains committed to its close partnership with Kazakhstan, including continued cooperation with your government to secure and remediate the former test site,” Biden wrote.

For CTBT advocates, the Biden administration’s rhetorical support for the treaty is a welcome shift from the policy of the Trump administration, which dismissed the value of the treaty even as it continued to support its global verification system. As recently as last year, some Trump officials reportedly discussed the idea of resuming U.S. testing to influence Chinese and Russian behavior in future arms control talks. Congress responded by prohibiting the use of funds for nuclear test explosions for one year.

The Biden administration is not expected to try to advance support for the CTBT in the U.S. Senate, which is currently divided 50-50 between Democrats and Republicans and requires 67 votes to provide advice and consent for ratification.

'A Blow' to Efforts to Reduce Nuclear Risks