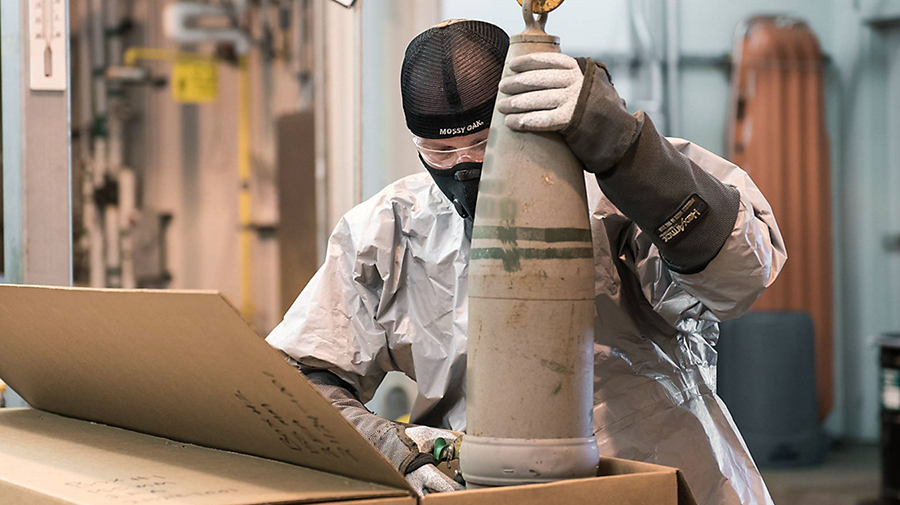 To date, about 32 percent of the chemical agents stored at Blue Grass, or about 170 tons, has been destroyed. The destruction process began in June 2019. (See ACT, July/August 2019.)

The Program Executive Office, Assembled Chemical Weapons Alternatives, which was created by Congress in 1997, is responsible for the destruction of the remaining U.S. chemical weapons stockpiles.

Destruction remains ongoing at both sites. At Pueblo, 78 percent of the agents have been destroyed since the process began in March 2015.—JULIA MASTERSON