Russia announced in January that it would begin domestic procedures for withdrawing from the 1992 Open Skies Treaty, but later clarified that it could reverse the decision if the United States returned to the agreement. 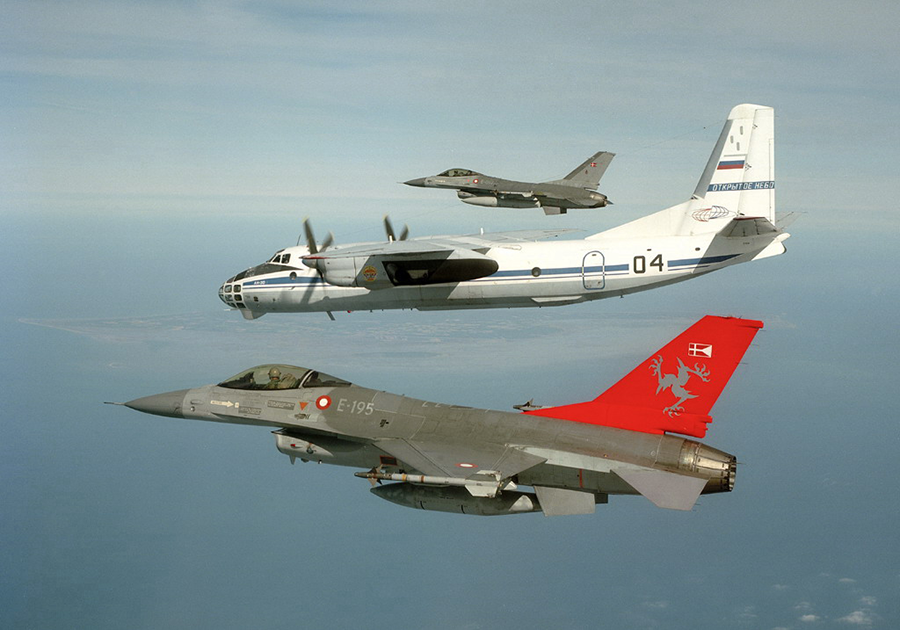 The Biden administration, meanwhile, has begun a review of whether and, if so, how it would be possible to return the United States to the treaty after the Trump administration exited the multilateral agreement last year over objections from members of Congress and key European allies.

Signed in 1992 and entering into force in 2002, the treaty permits each state-party to conduct short-notice, unarmed observation flights over the others’ entire territories to collect data on military forces and activities.

The U.S. withdrawal from the treaty in November 2020 “destroyed the balance of interests of the State-Parties reached when the Treaty was signed, inflicted a severe damage to its functioning, and undermined the role of the Open Skies Treaty as a confidence and security building measure,” the Russian Foreign Ministry said Jan. 15.

The domestic procedures are estimated to be completed by this summer, according to a Feb. 22 remark by Konstantin Gavrilov, Russian head of negotiations in Vienna on military security and arms control. “If the United States does not inform us before that time about its readiness to return to the treaty framework,” Gavrilov said, Russia will give official notice to the treaty depositaries, Canada and Hungary. Once states-parties are notified, Moscow could officially withdraw in six months’ time, as stipulated by the treaty text.

But Russia has hedged on its withdrawal threat. If the Biden administration signals a willingness to return the United States to the treaty, Russian Deputy Foreign Minister Sergei Ryabkov said on Feb. 11, “we might somehow adjust the decision to launch internal procedures.”

“But nobody should expect Russia to make any concessions,” he added.

NATO immediately criticized Moscow’s decision to begin the withdrawal process. “Russia’s selective implementation of its obligations under the Open Skies Treaty has for some time undermined the contribution of this important treaty to security and stability in the Euro-Atlantic region,” said NATO Deputy Spokesman Piers Cazalet on Jan. 15.

Russia last November outlined the two conditions under which it would remain party to the treaty: the remaining states-parties must give written legal guarantees not to prohibit overflights of U.S. bases in Europe nor continue to share data collected under the treaty with the United States.

“If the remaining participants bow to the United States, it will not take us long to provide a harsh response,” said Russian Foreign Minister Sergey Lavrov on Dec. 29. “We have not yet received such guarantees, so the further fate of the Open Skies Treaty is highly questionable.”

German newspaper Süddeutsche Zeitung reported on Jan. 3 that Russia notified the remaining states-parties Dec. 22 that it would seek to withdraw from the treaty unless the parties provided the written guarantees by Jan. 1. The foreign ministers of 16 states-parties, including France and Germany, ultimately rejected Russia’s request and encouraged further discussion of these issues during the next meeting of the Open Skies Consultative Commission (OSCC), the implementing body of the treaty, on Jan. 25.

“We did all we could to save it,” said Russian Foreign Ministry spokesperson Maria Zakharova on Jan. 21, but “our proposals were dismissed.”

“In doing this, the Western countries scrapped forever the once vital measure of transparency and mutual trust in the Euro-Atlantic space from Vancouver to Vladivostok,” she continued.

During the OSCC meeting, Gavrilov criticized the remaining states-parties for not agreeing to Moscow’s terms and claimed to have “clear evidence” that Washington demanded from its allies signed documents saying that they would continue to transfer information obtained from treaty overflights to the United States and deny Russian requests to fly over U.S. bases in Europe.

“We regret that the lack of political realism and constructive approach on the part of the states-parties led to this situation,” he said. “If our Western partners wish to make reproaches, they should only address them to themselves.”

Rose Gottemoeller, former NATO deputy secretary-general and U.S. undersecretary of state for arms control and international security, told The Economist that, in her view, “the Russians wanted to send a message that they won’t be pushed around on arms control and NATO.”

U.S. President Joe Biden has expressed his support for the Open Skies Treaty and denounced the Trump administration’s decision to withdraw the United States. But he has yet to say whether he would seek to have Washington reenter the agreement or whether he views the withdrawal as illegal as it was done in violation of the law.

State Department spokesperson Ned Price said on Feb. 2 that the Biden administration is “studying” the issue of the treaty’s future. “We’ll take a decision in due course. To the best of our knowledge, Russia is still not in full compliance with the treaty.”

Lavrov commented the same day that “[i]f the United States fully returns to observing the treaty, the Russian Federation would be ready to constructively consider that new situation.”