A new report from the Congressional Budget Office (CBO) indicates that U.S. expenditures on missile defense from 2020 to 2029 may reach $176 billion, a 40 percent increase from an earlier estimate. The CBO warns that, in light of possible future changes to missile defense plans, the new estimate comes with “substantial uncertainty.” 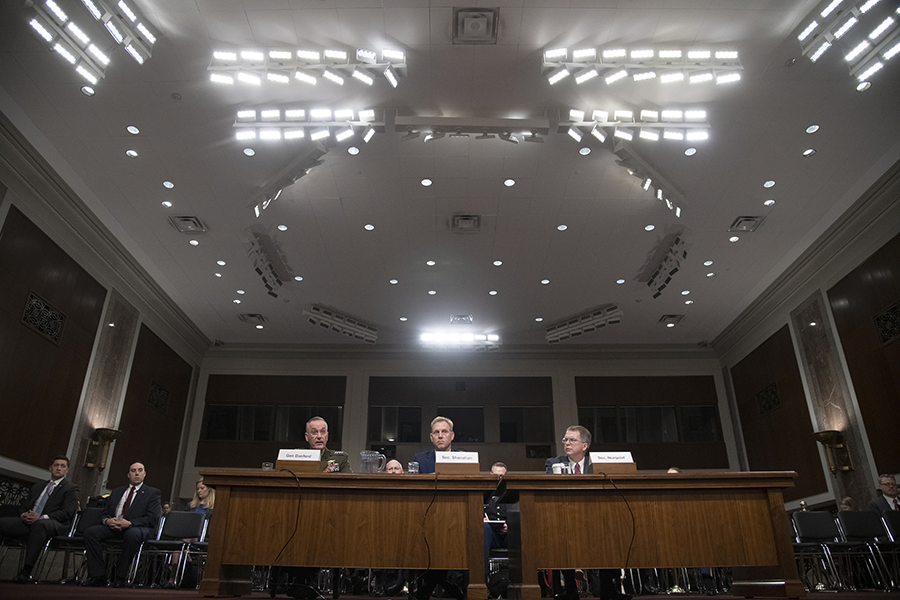 The new 10-year estimate covers costs associated with research, development, procurement, sustainment, and operation of missile defenses and leaves out costs associated with assets such as early-warning radars or satellites. The $176 billion price tag is $50 billion higher than the CBO estimate of the 2017–2026 costs presented in the Defense Department’s 2017 budget submission.

Published Jan. 13, the CBO report indicates that although the Trump administration’s Missile Defense Review (MDR) was not published until January 2019, the majority of the work was completed in the fall of 2017. The increase in cost from the 2017 plan to the 2020 plan likely stems from changes to missile defense planning that were incorporated into the budget prior to the MDR’s publication.

Although the report’s 10-year cost estimate only includes programs mentioned in the 2020 budget request, the MDR identified a number of optional program expansions, potentially further increasing missile defense spending in the near future. (See ACT, March 2019.) The CBO estimates that the introduction of 40 new interceptors to the existing Ground-Based Midcourse Defense (GMD) site at Fort Greely, Alaska, would cost an additional $5 billion, while a third GMD site with 20 interceptor silos is estimated to cost $4 billion to establish and $80 million a year to operate. (See ACT, May 2017.)

The MDR also requested further study on expanding other missile defense programs, including investigating the purchase of additional Terminal High Altitude Area Defense (THAAD) batteries. The CBO estimates that each battery would cost $800 million to procure and $30 million per year to operate.

THAAD batteries would provide regional defense capabilities against missiles in the terminal phase of their trajectory, but the MDR also called for studying the feasibility of outfitting F-35 aircraft with the capability to intercept missiles in their boost phase. Not only would such a program be extremely costly—the CBO estimates missile development would cost $10–20 billion—but the report also notes that geographic limitations would make boost-phase defenses impossible against all but small states such as North Korea.

The CBO further warns that its estimates of missile defense expenditures are subject to a great deal of uncertainty, due in no small part to ambiguity surrounding the future capabilities of adversaries’ missile programs. Although the MDR directed the Pentagon to begin studying potential solutions for defenses against hypersonic missiles, the CBO was unable to produce a cost estimate for such programs.

The CBO asserts that any defense against hypersonic weapons would likely require a robust space-based sensor system such as the Hypersonic and Ballistic Tracking Space Sensor (HBTSS) currently under development by the Missile Defense Agency. The CBO reported it did not have sufficient details necessary to estimate the full cost of a space-based hypersonic tracking system. But since the publication of the CBO report, contracts have been awarded to Northrop Grumman ($155 million) and L3Harris ($121 million) for the construction of prototype HBTSS satellites.

U.S. Advocates for Binding Rules on Behavior in Space