Cuba presented its instrument of ratification of the Comprehensive Test Ban Treaty (CTBT) on Feb. 4, becoming the 169th state to ratify the pact. 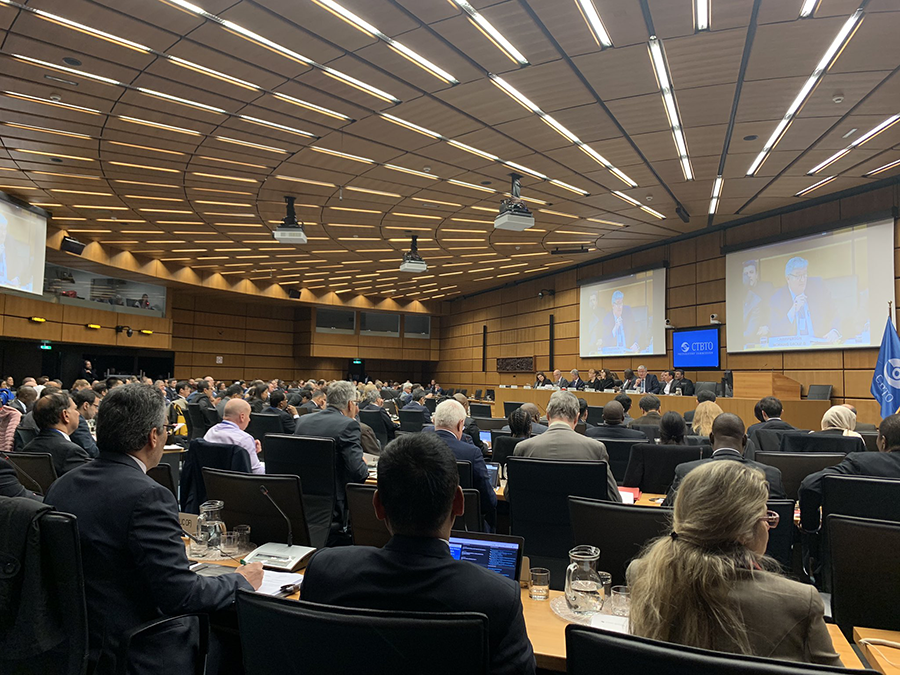 “The fight against the proliferation of nuclear weapons is everyone’s concern,” Comorian Foreign Minister Dhoihir Dhoulkamal said at a virtual meeting of the Preparatory Committee of the Comprehensive Nuclear-Test-Ban Treaty Organization (CTBTO) on Feb. 23.

Loipa Sánchez Lorenzo, Cuba’s permanent representative to the United Nations in Vienna, celebrated Cuba’s move as the latest indicator of its “enduring commitment to disarmament,” as well as a reaffirmation of Latin America and the Caribbean’s long-standing disarmament efforts. Cuba became a state-party to the nuclear Nonproliferation Treaty (NPT) and the Treaty of Tlatelolco, which established a nuclear weapons-free zone in Latin America and the Caribbean, in 2002. (See ACT, December 2002.)

CTBTO Executive Secretary Lassina Zerbo, who played a crucial role in facilitating Cuba’s efforts to join the CTBT, thanked Havana for leading the way for other states to join the CTBT “and close the door to nuclear testing, for all, and for good.”

Zerbo also praised Comorian leadership. “By adopting the CTBT, Comoros is helping to build peace and security and sending a strong message to the international community, particularly to the remaining states that have yet to sign or ratify the treaty.”

The CTBT prohibits all nuclear test explosions of any yield anywhere in the world. Opened for signature in 1996, the treaty will enter into force as soon as 44 states listed in Annex 2 ratify the treaty. Of those 44 states, China, Egypt, India, Iran, Israel, North Korea, Pakistan, and the United States have yet to do so.—NICHOLAS SMITH ADAMOPOULOS

U.S. Advocates for Binding Rules on Behavior in Space