The Trump administration faces widespread opposition, including from members of Congress and nuclear weapons scientists, to the potential restarting of U.S. nuclear weapons testing. 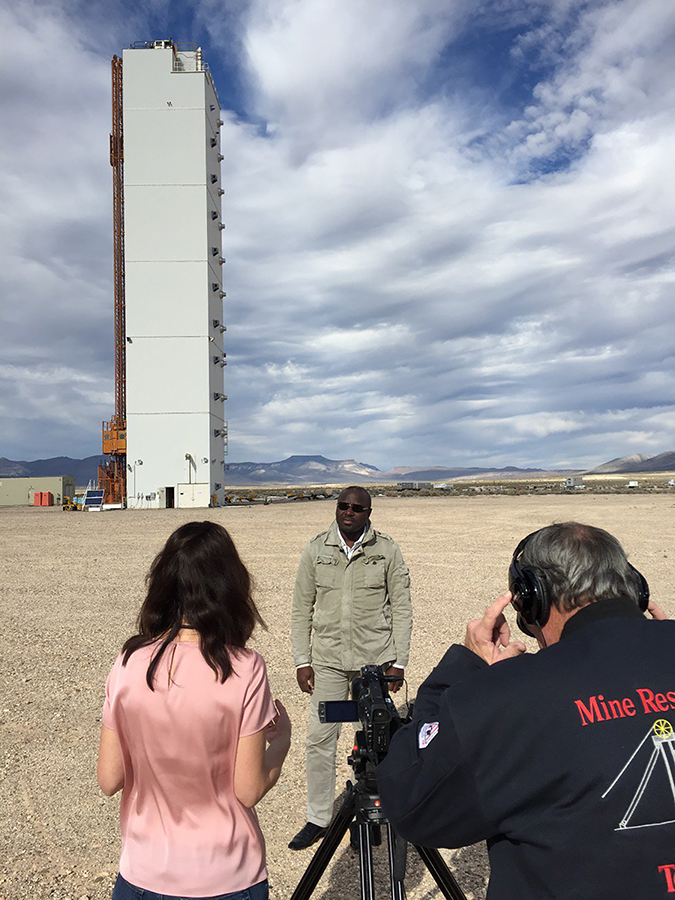 The Washington Post reported on May 22 that the Trump administration weighed whether to conduct a nuclear test explosion during a May 15 meeting with national security agencies. (See ACT, May 2020.) The administration reportedly believes that a nuclear test would help prod Russia and China into negotiating a new trilateral arms control deal.

During a June 24 press briefing in Brussels, Marshall Billingslea, U.S. special envoy for arms control, said, “[W]e maintain and will maintain the ability to conduct nuclear tests if we see reason to do so,” but that he is “not aware of any reason to test at this stage.” Nevertheless, “I won’t shut the door on it because why would we?”

Sen. Tom Cotton (R-Ark.) introduced an amendment to the fiscal year 2021 National Defense Authorization Act (NDAA) calling for $10 million for the administration to execute a nuclear weapons test “if necessary.” The Senate Armed Services Committee passed the amendment June 10 along a party-line vote, but whether it will be included in the final bill remains unclear.

On the other side of the aisle, Sen. Ed Markey (D-Mass.) joined the Nevada delegation in criticizing any resumption of nuclear testing and introduced legislation that would deny the administration any funds to conduct a nuclear test.

“A return to U.S. nuclear testing would dishonor the lessons from the Cold War and expose a whole new generation of Americans to the horrors of radiation sickness,” said Markey when introducing the Preserving Leadership Against Nuclear Explosives Testing (PLANET) Act on June 4. Senate Minority Leader Chuck Schumer (D-N.Y.) and 13 other senators co-sponsored the legislation.

Titus and Horsford introduced a companion bill to the PLANET Act in the House on June 8.

“Resuming nuclear testing would open a door to allow other nations to openly conduct nuclear test explosions while imposing immense financial and health costs on the American people,” said Horsford.

On July 1, Cortez Masto introduced legislation and an NDAA amendment, along with five other senators, to require a joint resolution of approval for the United States to conduct an explosive nuclear weapons test. The passage of the joint resolution would need a two-thirds affirmative vote in the Senate. “The decision to conduct an explosive nuclear test should not be made without congressional approval, and should never be made by a president hoping to gain political points,” said Cortez Masto.

Condemnations also came from House Armed Services Committee Chairman Adam Smith (D-Wash.) and House Appropriations Committee Chairwoman Nita Lowey (D-N.Y.). “It is unfathomable that the administration is considering something so short-sighted and dangerous,” they wrote in a June 8 letter to Energy Secretary Dan Brouillette and Defense Secretary Mark Esper.

“A return to nuclear testing is not only scientifically and technically unnecessary but also dangerously provocative.... It would needlessly antagonize important allies, cause other countries to develop or acquire nuclear weapons, and prompt adversaries to respond in kind—risking a new nuclear arms race and further undermining the global nonproliferation regime,” they wrote on June 8.

Meanwhile, a group of 12 former scientists with nuclear weapons expertise signed a June 16 letter to Senate Majority Leader Mitch McConnell (R-Ky.), saying, “We strongly oppose the resumption of explosive testing of U.S. nuclear weapons. There is no technical need for a nuclear test.”

The Trump administration has faced international condemnation as well, with Comprehensive Test Ban Treaty Organization Executive Secretary Lassina Zerbo saying on May 28 that “any actions or activities by any country that violate the international norm against nuclear testing would constitute a grave challenge to the nuclear nonproliferation and disarmament regime, as well as to global peace and security more broadly.”

The Russian and Chinese foreign ministries also condemned the Trump administration for contemplating a resumption of nuclear testing.