“What's really strikes me about ACA is the potential to shape the next generation of leaders on arms control and nuclear policy. This is something I witnessed firsthand as someone who was introduced to the field through ACA.”
– Alicia Sanders-Zakre
ICAN
June 2, 2022
U.S. Aims to Expand Drone Sales

The Trump administration intends to unilaterally reinterpret how the United States will participate in the 35-nation Missile Technology Control Regime (MTCR) in order to allow U.S. companies to export more drones, presumably to states that had sought them but been denied access, according to news reports. 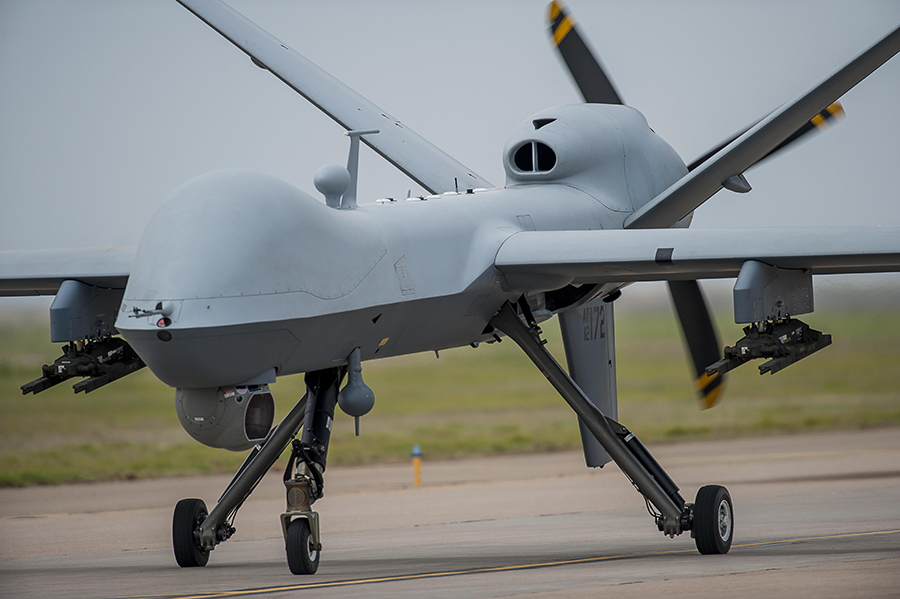 The policy change could open up sales of U.S. remotely piloted aircraft, also known as drones, to countries in the Middle East and Southeast Asia that have been forbidden from buying them under the MTCR guidelines, Reuters reported on June 12. To date, U.S. defense manufacturers have only been allowed to sell large drones to Australia, France, and the United Kingdom.

The MTCR requires that exports of most missile systems, including cruise missiles and unmanned aircraft that have a range of at least 300 kilometers and the ability to carry a payload of at least 500 kilograms, are subject to a “strong presumption of denial.”

The Obama administration policy for the export of military unmanned aerial systems, which was finalized in 2015, explicitly sought to reinforce U.S. obligations under the MTCR.

That policy also requires that all potential sales be considered on a case-by-case basis and “puts in place stringent conditions” on potential drone sales. Recipient countries also may be required to agree to end-use assurances as a condition of sale or transfer or more specific end-use monitoring, as well as specific “principles for proper use” included as a condition of the transfer.

The revised U.S. policy will reportedly reinterpret how the MTCR applies to drones that travel at speeds under 800 kilometers per hour, such as the Predator and Reaper drones, which are made by General Atomics, and the Global Hawk, which is made by Northrop Grumman. Under the proposed U.S. reinterpretation, Reuters reported, the United States will treat these drones as if they belong in a lower category that falls outside MTCR jurisdiction. Whether the new policy alters other elements of current policy is not yet clear.

U.S. export oversight agencies, including the departments of Homeland Security, Commerce, Energy, and Justice, agreed to the change in May, Reuters reported, and the first State Department approval of new drones sales could come this summer. The administration has already notified Northrop Grumman and General Atomics, which are the largest U.S. drone manufacturers.

The push to relax U.S. arms export standards, including drone sales, has been underway for nearly a decade as sales to U.S. defense and intelligence agencies has flattened out and overseas interest in advanced drone surveillance and attack drones has grown. Since 2017, the defense industry and some members of Congress have launched a more intensive effort to encourage the Trump administration to revise U.S. policy to allow manufacturers to sidestep MTCR restrictions.

Defense industry lobbyists and spokespersons have argued that, without changes to the existing U.S. policy for drone exports, the United States will fall behind in the fast-growing, multibillion-dollar global drone market. They fear that some states will turn to other suppliers, including China, to acquire drone capabilities for their military and intelligence agencies.

Critics in the U.S. government, Congress, and the arms control and human rights communities have argued that relaxing rules for the export of advanced remotely piloted aircraft, particularly those capable of carrying weapons, could result in sales to governments that have abused human rights, flouted international humanitarian law, or have been involved in proxy wars outside their borders.

In addition, they point out that if the United States seeks to create loopholes in the MTCR in order to expand its share of the global market, it will likely undermine efforts to ensure compliance with MTCR guidelines by other missile- and drone-producing states.