In the wake of the Trump administration’s decision in May to abandon the Open Skies Treaty, and amid uncertainty about the future of the 34-nation accord, critics are disputing the administration’s rationale for withdrawal. 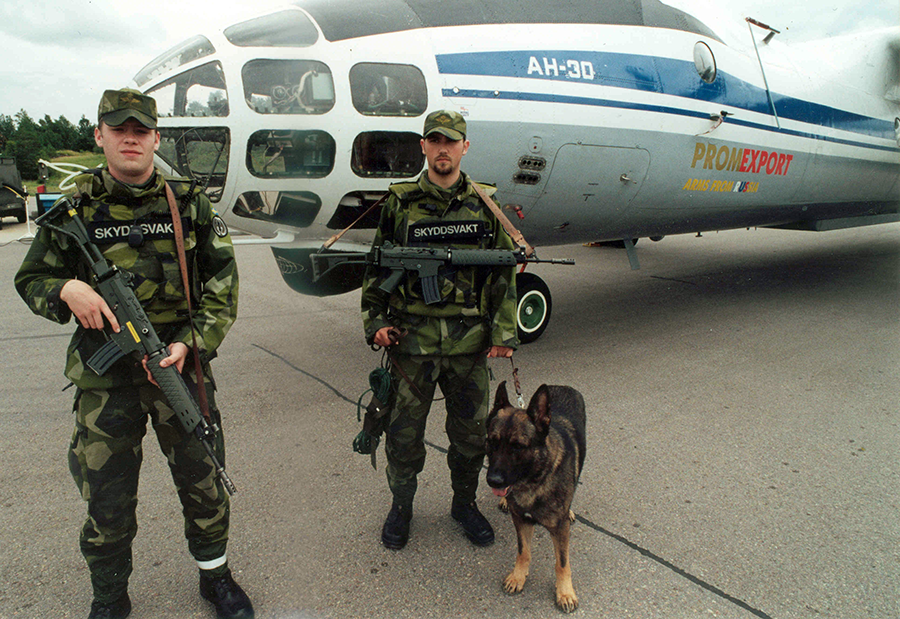 U.S. Secretary of State Mike Pompeo said in a May 21 statement that “Russia’s implementation and violation of Open Skies” has negated the “central confidence-building function of the treaty—and has, in fact, fueled distrust and threats to our national security—making continued U.S. participation untenable.”

Specifically, Pompeo cited Russian restrictions on observation flights over Russian territory and alleged that Moscow “appears” to use treaty flights “in support of an aggressive new Russian doctrine of targeting critical infrastructure in the United States and Europe with precision-guided conventional munitions.”

Members of Congress, former government officials, U.S. allies, and Russia have said that these arguments are based on tendentious reasoning, beset by contradictions, and ignore positive benefits the treaty continues to provide. (See ACT, May 2020.)

Meanwhile, the fate of the treaty is in limbo. Several European treaty parties have said they plan to continue implementing the agreement, while Russia has not specified how it plans to proceed.

To further complicate matters, flights under the treaty have been suspended since mid-March due to the coronavirus pandemic, and it is unclear when they will resume.

Signed in 1992, the Open Skies Treaty permits each state-party to conduct short-notice, unarmed observation flights over the others’ entire territories to collect data on military forces and activities.

The Trump administration alleges that Russian limitations on flights over the Kaliningrad enclave and territory bordering Abkhazia and South Ossetia violate the treaty. Critics argue that the breaches do not defeat the object and purpose of the agreement and are resolvable through diplomacy.

The Kaliningrad issue focuses on Moscow’s demand to limit Open Skies missions over the enclave to less than 500 kilometers in total flight distance. The requirement followed a 2014 overflight by Poland that, according to a May 26 Russian Foreign Ministry paper, crossed “back and forth, thereby creating problems for the use of the region’s limited airspace and for the operation of the region’s only international airport” and “entailed serious financial costs.” Russia maintains that the 500-kilometer limit was “established in line with [Open Skies Treaty] provisions.”

In 2016, the United States responded to the sublimit by restricting flights over the Pacific Fleet in Hawaii and the missile defense interceptor fields in Fort Greely, Alaska.

The Russian Foreign Ministry claims that whereas Western countries can still capture “from 77 to 98 percent of the territory” of Kaliningrad in an observation flight, Russia can observe “just 2.7 percent in Alaska.”

In February 2020, Russia allowed a flight over Kaliningrad by the United States, Estonia, and Lithuania that exceeded the 500-kilometer limit. On March 2, U.S. Ambassador to the Organization for Security and Cooperation in Europe James Gilmore described the flight as “very cooperative.”

Christopher Ford, assistant secretary of state for international security and nonproliferation, acknowledged in a May 21 briefing that Russia permitted “a very slightly longer flight” over Kaliningrad but argued that the flight “doesn’t undermine the basic point that Russia clearly regards its Open Skies legal obligations as something akin more to guidelines or options for them.”

United States additionally asserts that Moscow not only violates a crucial clause of the treaty but also uses the clause to make a political claim with respect to Georgia.

Under the Open Skies Treaty, states-parties must open all of their territory to overflights, although Article VI prohibits flights within 10 kilometers of borders with countries that are not states-parties.

The Russian Foreign Ministry argues that “it is possible to reliably obtain images of these zones without flying over them” and that Georgia, a treaty party, is in violation of the accord by prohibiting Russian flights over Georgia.

In a June 22 letter to Pompeo and Defense Secretary Mark Esper criticizing the Trump administration’s decision to withdraw from the treaty, Senators Robert Menendez (D-N.J.), Chuck Schumer (D-N.Y.), Jack Reed (D-R.I.), and Mark Warner (D-Va.) write that “instead of withdrawing from the treaty, the United States should diplomatically engage Russia to resolve these issues as it has done successfully in the past, for example when Russian imposed limitations on flights over Chechnya.”

As for the allegation that Russia is misusing treaty flights over the United States to collect military-relevant intelligence, Ford said that he was “not at liberty to go into some of the details of why we think that this is a concern.”

“[W]hile not a violation per se,” he added, “it’s clearly something that is deeply corrosive to the cause of building confidence and trust.”

There appears to be disagreement among military officials about how useful Russian flights are for intelligence gathering.

Vice Admiral Terry Benedict, the former head of the Navy’s Strategic Systems Program, told a Congressional hearing in 2016 that “the information Russia gleans from Open Skies is of only incremental value in addition to Russia’s other means of intelligence gathering.”

The treaty includes provisions that dictate the standards for equipment, including cameras and planes, used during a flight. No equipment is used that is not previously authorized by the states-parties.

Under the treaty, states-parties seeking to conduct an overflight must supply their flight plan at least 24 hours in advance to the host country. The host country then reviews the plan and can raise any concerns about safety or weather. When the flight does take off, there are also representatives of the host country on the plane alongside the observing states-parties to ensure all goes according to plan. All images taken on the flight must then be shared with the other parties to the agreement.

In addition to arguing that Russia is using the treaty to gather intelligence, the Trump administration and other opponents of the agreement also maintain that the treaty has outlived its usefulness and is based on outdated technology.

“[T]echnology has passed by the world of wet film and antiquated aircraft,” Marshall Billingslea, the president’s special envoy for arms control said on May 21. “You can download commercial imagery today in a matter of seconds that really meets the original intent of confidence-building measures in Europe.”

Critics argue that the administration cannot have it both ways. If the treaty is antiquated and replaceable by higher-resolution commercial satellite images, how is Russia using it to capture irreplaceable images of critical U.S. infrastructure?

A former senior official told Arms Control Today that the United States and its allies have made use of treaty flights “to track infrastructure that it’s otherwise hard to photograph in a single satellite pass.” This includes imagery of Russian rail lines, “which has helped us to understand more about military transport potential, including for nuclear warheads.” The official said the United States has also used the treaty “to help preview inspection sites for…nuclear treaties,” such as the 2010 New Strategic Arms Reduction Treaty and to photograph Russia’s nuclear test site at Novaya Zemlya.

The Trump administration has told allies that it is exploring options to provide more imagery products to them to address any gaps that might result from the U.S. withdrawal. Many treaty members, including the Baltic states, do not have their own aircraft with which to conduct flights.

But sharing such sensitive imagery may be easier said than done.

Pranay Vaddi, a fellow in the Nuclear Policy Program at the Carnegie Endowment for International Peace and a former State Department official, tweeted on May 28 that it takes time to downgrade sensitive images and then coordinate with allies that might have different domestic procedures for handling such information.

He added that “commercial imagery will be contested as if it's [intelligence] information” and “be called unofficial, doctored, biased, etc.”

Pompeo noted in his May 21 statement that the administration might reconsider the treaty withdrawal decision “if Russia demonstrates a return to full compliance with this confidence-building treaty.” Most observers believe, however, that there is little hope the United States will return to the treaty given the wide-ranging reasons the administration has given for its decision to leave.

According to Article XV of the treaty, no more than two months after a state-party decides to withdraw, a conference of the states-parties must take place so as “to consider the effect of the withdrawal on this Treaty.” Canada and Hungary, the depositaries of the treaty, have scheduled this meeting, to be conducted by remote communication, for July 6.

Many allies have expressed regret about the U.S. decision and indicated that they will continue to implement the accord as they still view it as “functioning and useful.” (See ACT, May 2020.)

Russian Foreign Minister Sergey Lavrov said on June 23 that “we will see the reaction of our Western colleagues during this conference, what Europe thinks about it.”

“We don’t rule out any options of our actions,” he added.